Liquid Light: Painting in Watercolours to be displayed at Newcastle’s Laing Art Gallery

The Laing Art Gallery’s collection of watercolours is nationally significant and one of the most outstanding regional collections outside London. 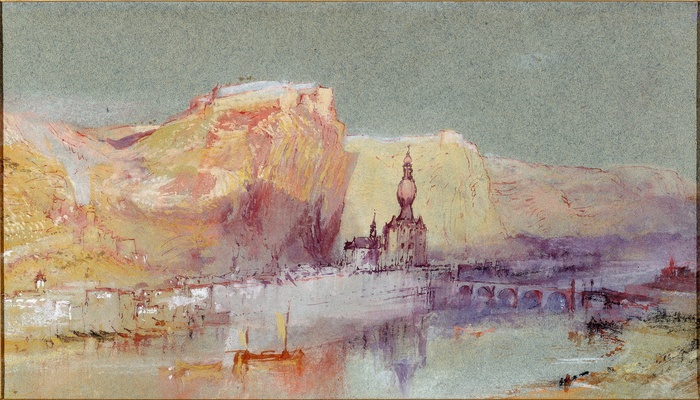 Whether you’re a passionate artist, an avid fan of the artistic world or a complete novice looking to immerse yourself in art and culture, then you’ll be excited to hear that the Liquid Light: Painting in Watercolours collection will be coming to the North East from 19 March to 13 August.

Liquid Light: Painting in Watercolours will explore the contrast between watercolourists’ drive to record and describe subjects and the growing desire of many artists to capture brief effects of light and weather, as well as the emotional power of landscape. Featuring approximately 200 works from more than 170 artists, the spring-summer exhibition will highlight how artists have explored the expressive potential of the medium itself.

Sarah Richardson, Keeper of Art, Laing Art Gallery, says: “The Laing Art Gallery’s collection of watercolours is nationally significant and one of the most outstanding regional collections outside London. This exhibition showcases the tremendous variety and quality of the pictures and is the first opportunity to see a major selection of work from the collection for more than two decades. It includes exceptional pictures by JMW Turner, Sir Edward Burne-Jones and Arthur Melville and an impressive large watercolour by locally-born artist Thomas Miles Richardson jnr showing the Cairngorm Hills, which has been specially conserved for the exhibition.” 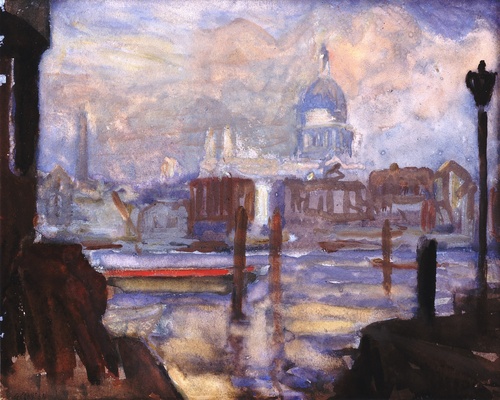 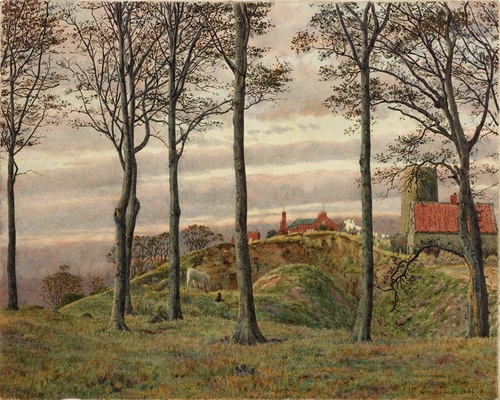 Sarah also describes the diversity amongst the artists: “We’re very pleased to be able to include a significant number of pictures by women artists in the exhibition both from the Laing’s collection and from Tate and the Arts Council Collection, including important pictures by Tracey Emin and Bridget Riley. The contemporary loans include innovative pictures by nationally known artists such as Anish Kapoor.”

Amongst the beautiful array of watercolour paintings a notable inclusion is the stunning range of impressive city views including Edinburgh, London, Durham and Newcastle, featured alongside images of vibrant street life. Sir George Clausen’s St Paul’s in November (c. 1900) is a spontaneous response to quickly changing effects of weather and light. The artist has captured sunshine gleaming on the dome of St Paul’s Cathedral and reflections from the River Thames. The use of runny opaque watercolour reinforces the sensation of the wateriness of the atmosphere. The picture is part of a tradition of landscape watercolours influenced by both French Impressionism and earlier 19th century atmospheric landscape painting in Britain.

Bringing it closer to home, the Windmills Hill, Gateshead (1864) by George Price Boyce, which depicts Bensham Bank and a tower of an old windmill, will be on display demonstrating the second wave of Pre-Raphaelite artists.

The collection will also feature influences from Europe, significantly Italy, in which artists travelled to the continent to bring to life the idyllic landscape. This includes William Bell Scott’s bright and detailed view of Lake Nemi (1862), Clara Montalba’s impressionistic view of A Festa on the Grand Canal, Venice (c.1970-1900), and Arthur Melville’s view of St Mark’s Basilica, the Doge’s Palace and the Campanile in The Blue Night, Venice (1897, on loan from Tate).

Accompanying 19th century work, 21st century watercolour masterpieces will be on display such as 2016’s ‘Me and Mum Looking at the Pots’ by artist Mawuena Kattah and 2014’s ‘I Could Feel You’ by Tracey Emin.

If you want to know more about the collection, price, times and everything else, please click here.