Getting To Know Anna Foster

Claudia Robinson caught up with Anna Foster during a recent visit back to the UK... 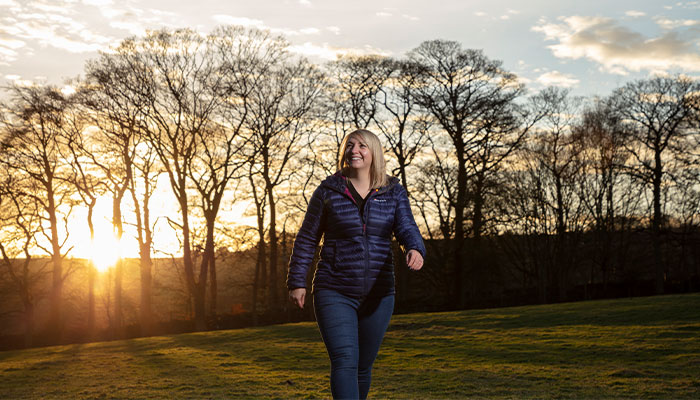 Anna Foster has always loved international news. Born and raised in South Shields, she still regularly returns home to visit her parents, but she is also very much at home in front of a camera, or with a microphone in hand, reporting from far-flung places, famine-stricken or war-torn countries and political hot spots, for the BBC.

Anna’s career in broadcasting started early, when she worked on the Saturday sport show at Metro Radio whilst studying her A-Levels at South Tyneside College.

She went on to study English at Durham University, where she worked on student radio, before undertaking a postgraduate certificate in journalism at City University London.

She was always the first person to put their hand up when the editors needed someone to go out on challenging assignments. 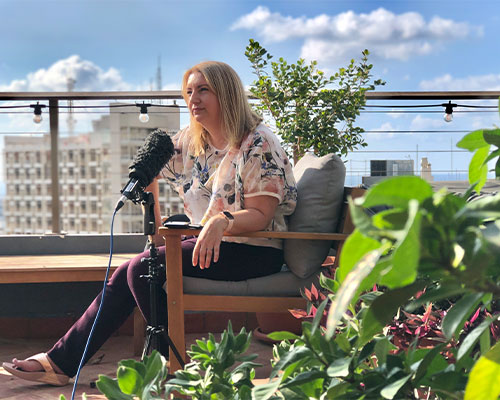 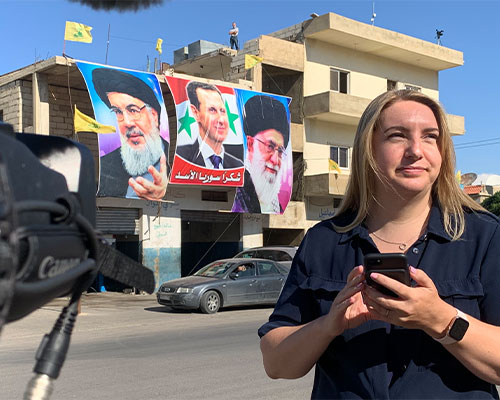 “I’ve always loved working in places where it’s a bit more difficult and you have to look harder for stories, and where stories are harder to tell. I’ve reported from Iraq and Afghanistan during the wars, went to the Central African Republic during the civil war, reported on Ebola in Sierra Leone and the famine in South Sudan.”

So, when the opportunity arose to be Middle East Correspondent for the BBC, Anna, again, was the first to put her hand up. She applied for the job and very soon found herself kissing goodbye to husband John and children, Ben and Jess, and flying out to Beirut.

“During the pandemic, for obvious reasons, the chances to go abroad for stories were presenting themselves less and less, so this is an amazing opportunity for me. Jobs like this are advertised by location and this is the one I really wanted. I was keen to go somewhere important, challenging and that had stories that I thought needed to be told.”

As a well-known voice on national radio for many years, Anna explains that her new role is very different to what she’s used to. On any one day she could be filming and editing a package for the 10 ‘o’clock news on BBC One, reporting live on Radio Four, making a digital video for Instagram and writing something for the BBC News website.

“It’s great to be able to use pictures to tell the stories too and I love that I can now produce my stories in a variety of different ways. As a journalist you want as many people as possible to learn about the issues that you find and this job ensures I’m hitting many different audiences.

“It can be really busy, especially when a big story breaks and everyone wants something from you at the same time. One minute you’re doing a piece for World TV, then the News Channel, then World Service Radio. It can be crazy, but I thrive on that.” 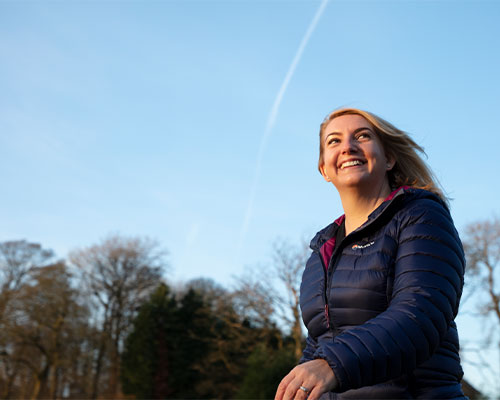 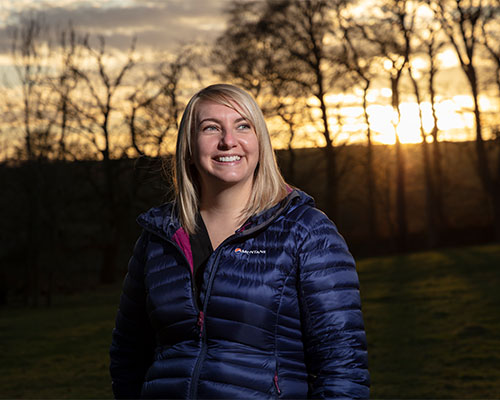 While Anna spends much of her working time based in Lebanon, she and her cameraman, Lee, sometimes get sent to jobs in other parts of the Middle East, at the drop of a hat.

“We were assigned to cover the attempted assassination of the Iraqi Prime Minister in Baghdad for a few days and I need to be ready to jump on a plane at any time really. I’ve become a packing ninja and have become very good at travelling light. If I was ever high- maintenance I’ve got it pared back now to the absolute basics!”

Anna enjoys making the most of her time in a new place, and tries to get around Lebanon when she has some downtime at weekends.

Unless a big story breaks, of course,” Anna continues. “And I wouldn’t want it any other way. You feel like it’s your patch, so if something happens on a Sunday and I’m on my way out for a hike in the Lebanese mountains, it’s all change and I’m back to work.

“But when time does allow, there really are some lovely places to see. The mountains are beautiful and there’s a gorgeous harbour at Batroun which I love to visit. Every Saturday morning there’s a great market selling homemade food, fresh fruit and produce. I’ve also started jogging again and enjoy running along the coast, seeing families out enjoying themselves, people fishing. Lebanon is struggling badly in so many ways, the currency has plunged, people are living in poverty, services are missing, there are regular power cuts; and yet it’s a really lovely, beautiful country. 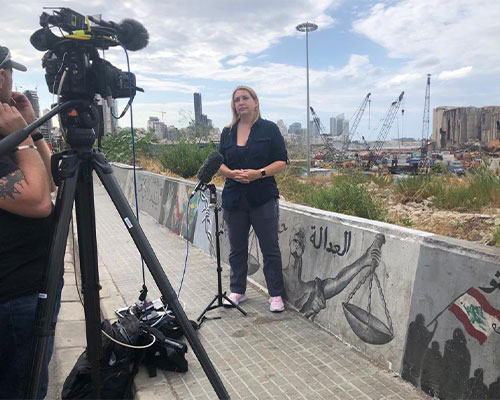 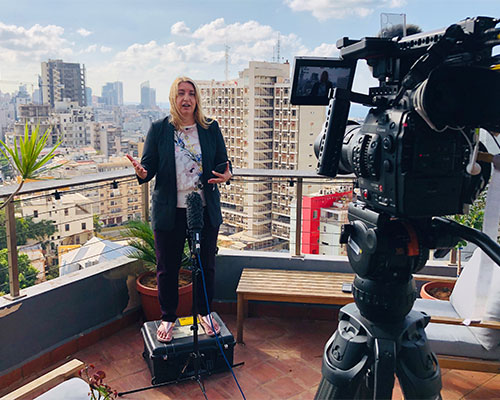 “I feel that it’s really important to get immersed in the place that you’re working, to get involved and be part of the community, rather than just being an observer. It becomes part of your life and you get a deeper understanding of the place. I took part in the Beirut 8k a few weeks ago and found it strangely reminiscent of the Great North Run. I grew up really close to the finish line at the seafront and seeing all those people running together over here reminded me of my childhood. It was odd, being so far away and weirdly so close at the same time.

“My parents are hoping to come and visit soon and anyone I talk to back home, I tell them how much they’d love it here. Of course I miss my family, and love nothing more than my visits home to see John and the children. I’m very lucky to have such a supportive husband and frankly, he is brilliant and far better at day-to-day parenting than me. He always has been. He’s the playground whizz, he knows everyone at school, has the packed lunches sorted and knows who is at what club on which day.

When Anna does come back to the UK, she also enjoys taking Jess, who’s eight in February and Ben, nine, to see her parents back in South Shields.

“We go back every couple of months and I love it. We have the inevitable curry on Ocean Road, which is something we’ve done forever. We enjoy a walk along the beach at Seaburn, fill up on icecream, cake and fish and chips, not necessarily in that order! 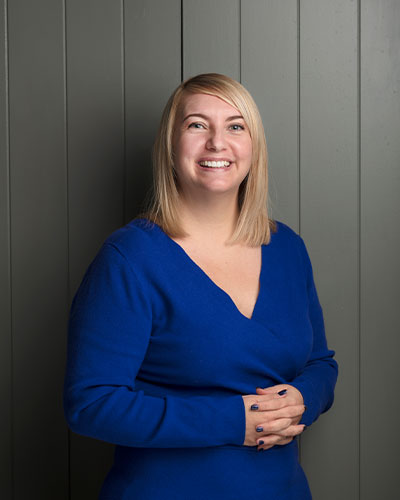 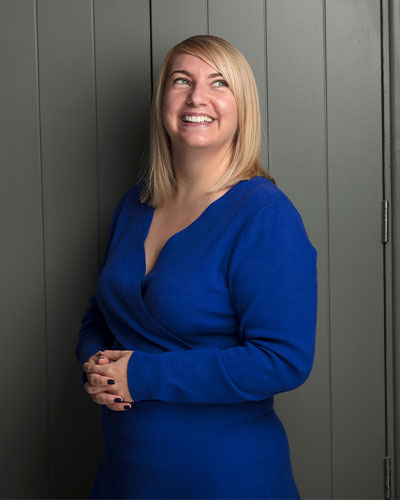 “It’s just so nice to do lovely, family stuff, eating nice food, getting fresh air, and the children love it up there. They go and stay with my parents when I’m away sometimes too and enjoy getting the ferry to North Shields, or going to the museum or visits to the National Trust. When I was a child I used to enjoy going on the little train at South Marine Park, the one that goes around the lake, with all the carriages named after characters from Catherine Cookson novels. What’s so great now is that my children can still do that, the place has been revamped, it’s even better now than it was when I was little!”

Anna is relishing the new challenges her Middle East job throws at her and it’s clear that she is loving every minute. Talking to her, hearing about her adventures and the passion she has for her job, she strikes me as another Kate Adie, who also heralds from the North East – born in Whitley Bay and raised in Sunderland. I ask her if that’s been said before. “Yes, she’s an inspiration that’s for sure. I remember working alongside her at an election count there a few years ago. She was formidable! I’m always happy to be compared to someone so great!”