Esmée Halliday has turned her passion for movement into a career, enabling her to every day do what makes her happiest. Yoga and dance has provided her with many exciting opportunities, which, as she tells Claudia Robinson, she has embraced with open arms... 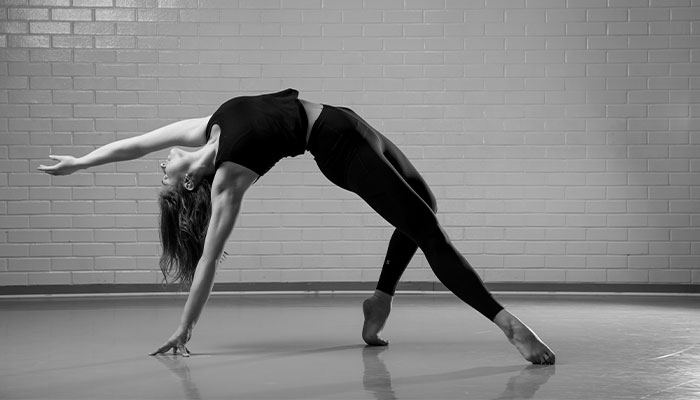 Raised in Northumberland, Esmée discovered her love for dance and movement at an early age. She began her formative training at Dance City in Newcastle, participating in the Advanced Training Programme.

It was a big commitment for someone so young, with four sessions a week, including full Saturdays, so this instilled a strong work ethic for Esmée and she never missed a class from the age of 12 until she went to university.

Esmée headed to the bright lights of London where she furthered her training at Trinity Laban Conservatoire of Music and Dance, achieving a First Class Honours degree in Contemporary Dance and was awarded the Sylvia Bodmer Memorial Fund for Outstanding Achievement in Choreological Studies.

Keen to grow as a dance artist Esmée auditioned to join the critically acclaimed postgraduate dance company, Emergence, and only two weeks after graduating she started her MA in Manchester, under the artistic direction of choreographer Joss Arnott.

She spent a year touring nationally and gained yet another qualification, a distinction in her MA in Professional Dance Performance. The following year Esmée worked as a freelance dance artist, travelling the UK as well as performing in a contemporary festival in Oslo, Norway. In early 2020, Esmee found herself with a short break in her schedule which is where her yoga journey began.

“From the age of 12, until finishing my Masters in my early 20s it had been a full-on dance life,” explains Esmée. 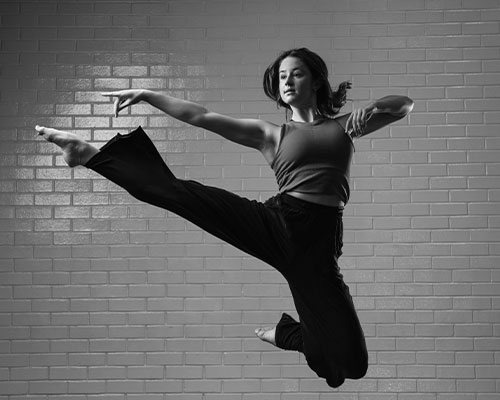 “It was wonderful to have that experience and I fully immersed myself into it. When I look back, yoga was something I always had a curiosity for but I only really valued it for its physical benefits, using the practice as a way to supplement my dance training. I began feeling a shift in myself in early 2020 which ended up with me booking a flight to India.

“I flew into Delhi, and some nine hours later arrived at Sattva Yoga Academy, in the foothills of the Himalayas. It was all so quick, I had arrived in the evening and couldn’t help feeling a bit apprehensive about the decision I’d just made. As soon as I opened my curtains that first morning I knew I was in the right place.

“This was in March 2020, just as the pandemic was starting. It began to become a talking point with people debating whether they should head home before borders close. After contemplation I decided to stay put, I was so in love with what I was doing, it felt like fate that I was here.”

Esmée had originally flown out to India with the intention of doing 200 hours of yoga training but circumstances enabled her to notch up 500 hours before it really was time to head home.

“Honestly, I could have stayed there the entire year,” she says. “I was gutted to leave but I knew I had to get home as it was such an uncertain time. I know I will go back though. It was magical and I need to explore it more.

“In the end there was such a small group of people left that the training felt very precious and personal. I was really able to live the full philosophy of yoga, both on and off the mat. It’s so much more than just practising postures, which is how we can often view it in the west. It’s a way of life, an integrated practice to connect the mind, body and spirit. 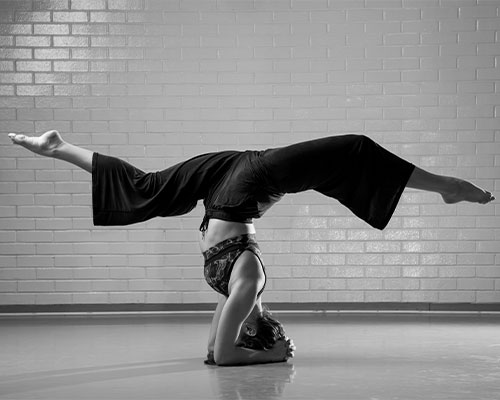 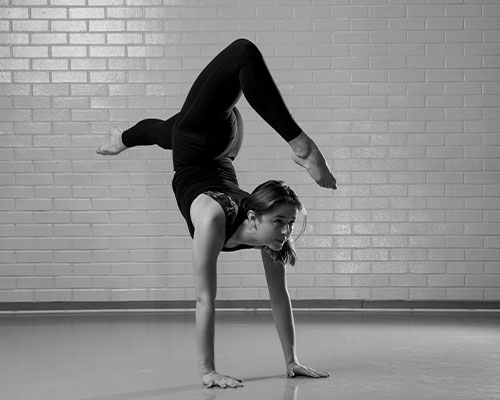 “For me movement has always been about being in the moment, fully embodying the now. I realised there was a real synergy between the art form of dance and the practice of yoga”

This is when Esmée’s two worlds of dance and yoga merged. The discipline she grew up with married perfectly with her new found love of an ancient practice. Esmée explains that her experience in India, and her newest skill, has had a huge impact on how she now moves as a dancer, and how she teaches.

“I’ve come back into the dance world and yoga has definitely influenced it. I love that my roots have stemmed from such a beautiful expressive art form. Within dance you’re valued for your body and its ability to move and perform, but this can leave you feeling rather empty and looking for that sense of self, and I feel like that’s what yoga has really helped me with.

“They go hand in hand, enhancing each other and for me they’ve connected as one entity which is really lovely. I returned home bursting with a passion to share these techniques. It felt like it wasn’t an option not to teach, so, started teaching online which is when I created my brand ‘esméeflow’. It felt like perfect timing as more than ever people were seeking the support of yoga and mediation.”

In the summer of 2020, and again in summer 2021, when people were allowed to move around more freely, Esmee headed to where her parents now live on Tresco island in the Isles of Scilly. There she taught yoga to islanders and guests and enjoyed two busy seasons.

Esmée explains: “On Tresco, as soon as people step on the island they relax. With no cars and being surrounded by water there’s very much a feeling of being at one with nature so yoga works well out there. I loved teaching both group sessions and one-to ones and what’s so great about yoga is that it’s something that anyone can participate in, it truly is for everybody.”

“I love to teach. Movement is such an instrumental part of who I am and what I do. Naturally there’s a sense of freedom that can be found in movement but this can also be applied to the breath, energy work and meditation. Through my teaching I aim to help others find this sense of release and experience the accessibility of yoga. I am a very hands-on teacher, which I think my background in dance has definitely influenced. 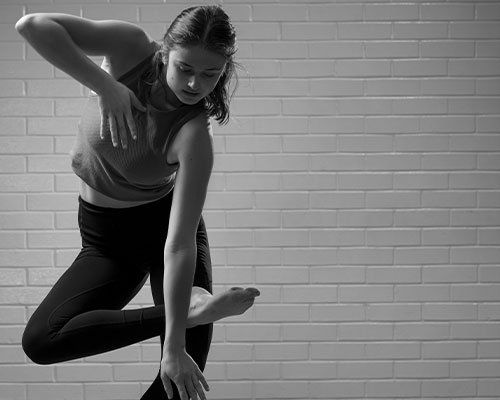 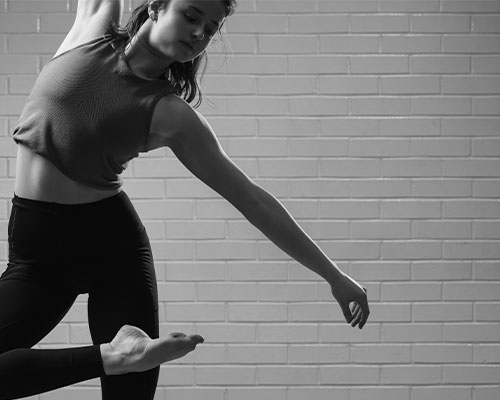 “My experience is that people can often feel intimidated by yoga, either believing they’re not flexible enough or not understanding the correct alignment for their body, so I think it’s so important for people to feel they’re being supported. If I correct their positions, their progression happens much quicker. It’s about meeting your body where its at and letting go of tension not only physically but easing stress mentally and emotionally too. It can be transformational.”

Whilst Esmée’s yoga clients benefit from her hands-on approach and dance experience, her dance clients also benefit from her yoga expertise. She helps dancers find new ways to unlock their bodies through yoga, and combining the two disciplines is something she hopes to do more of in the future.

“I love returning to the region and can’t wait to get back to Dance City. I’m also keen to launch some yoga retreats and this time take them up North. I’m busy researching venues but for me, Northumberland is an ideal location, away from the craziness of town and city life. It’s a beautiful environment and the retreats are definitely something I’d love to do and passionate to get on with in 2022.

“I’ll continue to create a balance in my business of being a dancer and a yogi as the two go so perfectly together, and I want other people to be able to benefit from this perfect partnership too.”