Claudia Robinson sits down for a coffee and a chat with cricket legend, Ian Botham... 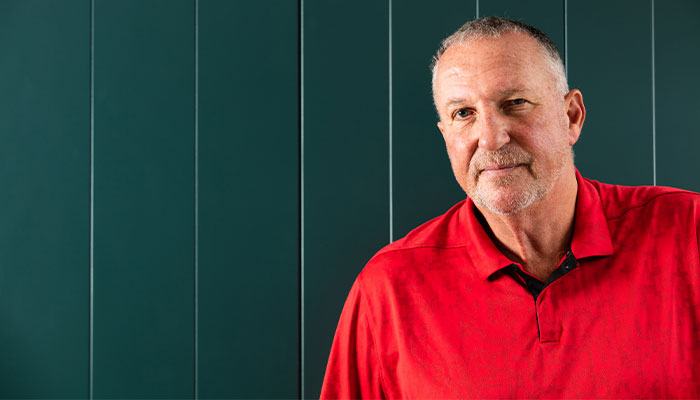 Ian Botham is clearly a man who thrives on being busy. Not content with retiring following an illustrious cricket career, he’s now a cricket commentator, member of the House of Lords, is a dedicated fundraiser and owns a wine company.

That’s not to mention the fishing, shooting and golf that he enjoys, his new role as UK trade ambassador to Australia, or the small matter of being a doting grandfather of eight. He recently found a small window to sit down for a coffee and a chat with Claudia Robinson…

When I arrive at Lord Botham’s house he is just finishing up a call with a journalist from a game sports title that he’s guest editing – another credential to add to his long list. His lovely wife, Kathy, takes me into their sitting room and we enjoy a cup of coffee as I find out about their plans for the following week: a trip to Wales to visit one of the grandchildren, a fishing trip and some shopping.

When Ian joins us, he’s moving slightly gingerly which prompts me to ask if he’s picked up an injury. It transpires that he spent 2018 and 2019 on and off crutches, culminating in two hip replacements and a modified spinal fusion following a similar operation in the 1980s. 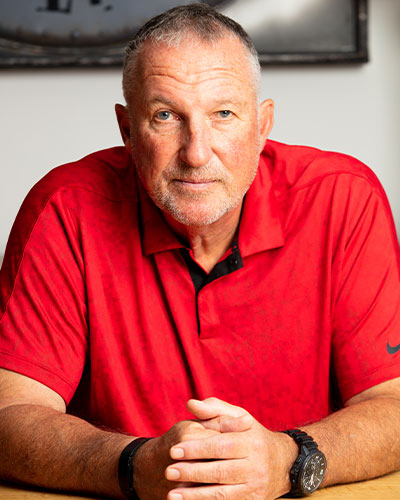 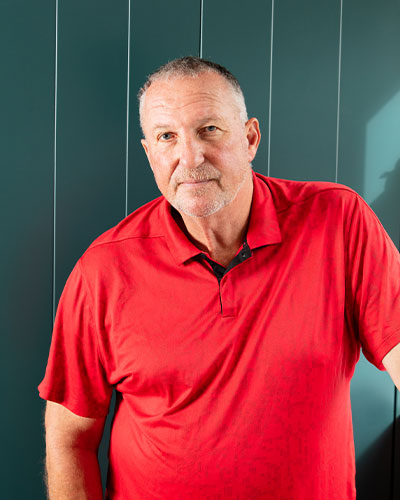 Ian jokes: “There won’t be any more ambitious charity walks for me. My surgeon said if I considered any more long distance walks he’d put the old hips back in! My knee isn’t behaving like it should now either and I’m avoiding any more anaesthetic for a while.”

Ian is heavily involved in charity work, a part of his life that he’s keen to talk about. He launched The Beefy Foundation in 2012, before that he primarily fundraised for Leukaemia and Lymphoma Research (now Blood Cancer UK), with the occasional appearance for other charities.

The formation of the foundation allowed him to include other charities such as Battens Disease, Brain Tumour Research and Support in Yorkshire, Juvenile Diabetes, and Switchback, which helps reform 18 to 30 year old male offenders when they leave prison.

The foundation has raised millions of pounds through high profile events including golf competitions and charity walks in Australia, Sri Lanka and South Africa, and from Land’s End to John o’Groats in the UK.

While the foundation hasn’t been able to run any big fundraising events like the walks over the last couple of years, there have been some virtual events and in 2021, to market the 40th anniversary of the 1981 Ashes series the foundation is also supporting Prostate Cancer UK in honour of Ian’s great friend and teammate, Bob Willis.

Ian says: “I get a lot of satisfaction from the foundation. Everyone involved does. When you can help change people’s lives for the better, of course it’s rewarding. We know we can help make a difference, but we can’t always save them, which can be quite tough. You get to know the kids. It’s great for us to be able to raise funds for these charities but equally important is the awareness we raise for them.”

Despite being born in Cheshire and playing most of his county cricket for Somerset, Ian says the north is where his heart is. When his father left the Navy the family moved to the south but as soon as he got the chance, when he was 17, Ian moved back up north.

“I met Kath when I was 19 and my life has been up here ever since. We had our children here, my grandchildren are here. It’s very much home.” 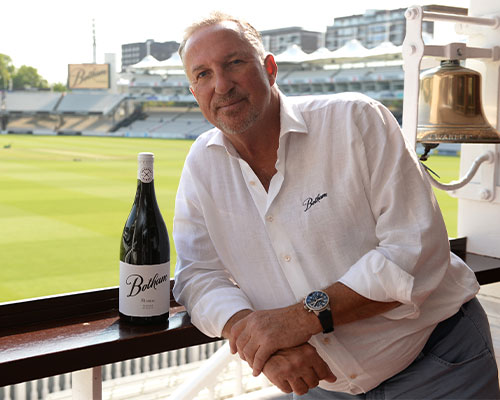 Family is everything to Ian, that’s easy to see because his face lights up when he talks about his grandchildren. He explains how his career kept him away from home for long periods of time when his children were growing up, but he’s certainly making up for it now.

“It’s enormously important being a grandparent. If you want to get on in life and reach the pinnacle of your profession, whatever that may be, you have to make sacrifices but the people that suffer the most are the ones nearest to you. When I first started touring with England in the 70s, we were away for anything up to five months and we were discouraged from taking our wives with us, or from them visiting. So you got used to that fact. That was my job.”

“In Australia you’d have to book a call home on the switchboard in the hotel. When my first daughter, Sarah, was born, there was this thing called the drum which is how they used to send photos in those days, so I didn’t even see photos of her until two or three days after she was born. So you feel like you’re probably the world’s worst father, but I would like to think I’m now the world’s best grandad.”

It comes as little surprise that many of Ian’s eight grandchildren have inherited his competitive streak. “James plays rugby for Cardiff and Wales, and is a scratch golfer; Regan is also a keen golfer playing off two, while Kieran and Dominick, are both particularly good at rugby.

“My younger grandsons, Benji and Harley also love their rugby and golf while two-and-a-half year old Arthur spends hours in the Polaris Sport with me, driving around the local fields and lanes spotting tractors, diggers, pheasants, grouse and hares. And Imani, our old granddaughter, plays for her university’s hockey team. Sport is very much in the genes!”

Regan also shares his grandfather’s intrigue and passion for wine and the two of them work closely together on Ian’s business, Botham Wines.

“I’ve been involved in wine for a long time,” explains Ian. 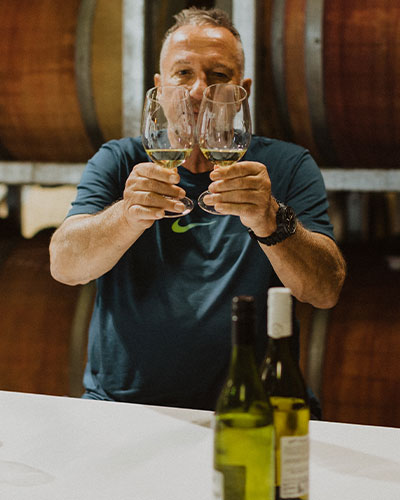 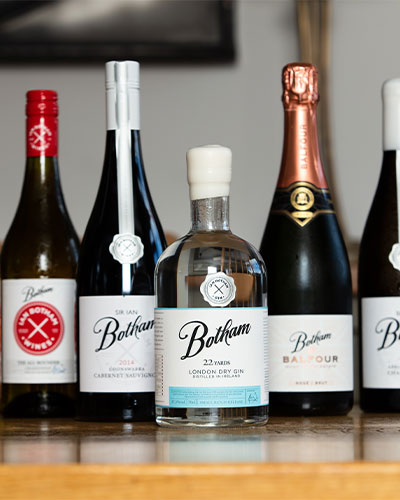 “I originally set up BMW with great friends Bob Willis and Geoff Merrill. Geoff is one of the great winemakers, from Adelaide, and I’ve enjoyed watching and learning about wine from him. We enjoyed great success and I later went on to develop my own range and Regan will continue to be a big part of that.

“He’s already done his first wine exams and is now itching to get back out to the southern hemisphere to study for his second lot of exams. His expertise will be more scientific, understanding the rotation of crops, the soils and so on, while my input is more hands-on. It’s very exciting, I enjoy the blending side of it immensely. It’s been in my blood forever and to be honest I should have done it ten years earlier. We also make gin and launched our gin-filled cricket ball baubles for Christmas.”

Cricket is still very much a part of Ian’s life. As well as the commentary work, he took over as Chairman of Durham County Cricket Club in 2017 and says it’s been a terrific ride.

“Over the last four years we’ve gone from being millions in debt to probably one of the more secure county sides. It’s been an interesting time, not helped by Covid, but we’re now in a very healthy position and I’m really enjoying it. I don’t interfere with the cricket, I leave that to the coaches. I get asked my opinion and I am enjoying watching the guys grow.

“I love the way the team has developed, to the point where we got to a final last season. They got caught in the headlights a little bit, it was the first time playing at this standard for a lot of them, but we’ll be back next year and I think we’ll win something. We’re really good now and we’re getting better and better.

We lost some really good players but almost all of them have come back – now they’re proud to play for Durham.”

With so many hats, it begs the question, does Lord Botham have a favourite? Ian Botham, the best all-rounder with 5,200 test runs and 383 wickets? Ian Botham the wine connoisseur? Ian Botham, the world’s best grandfather?

His answer is simple. There is no favourite, he has embraced every opportunity he has had.

“I never look backwards,” he says.

“Everyone has their own saying or motivation and mine is very simple. It’s that you ride the torpedo to the end of the tube.

Meaning that once you’re on, you’re going that way and not looking backwards. You will make mistakes, but you learn from them and keep going forward. That’s how I play sports, and that’s how I do everything to be honest.”