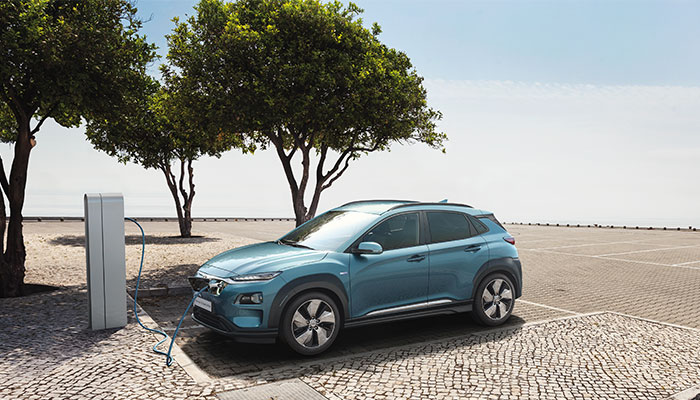 Considering they have only been selling cars in the UK for less than 40 years, it’s absolutely incredible to see the number of Hyundai vehicles on the road today.

I vaguely remember them being launched. They had the best warranties, they were always cheaper than their competitors, and they were filled with specifications that would normally be a cost option on competitor cars. This was always the selling point for me.

I remember one car in particular, the Hyundai Coupe. It not only looked good, but it was very nice to drive, too. It had that sporty look and was reasonably priced. It sold amazingingly well and introduced lots of new customers to the brand.

38 years on, Hyundai now has some incredibly stylish cars. Backed by great warranty and competitive pricing, it’s easy to see why they’re doing so well.

Actually, the last car I drove before lockdown was the amazing Hydrogen-powered Hyundai. This car was a great alternative to a traditional petrol or diesel-powered car – and a definite nod to the future.

Recently, I’ve been driving the brand-new, all-electric Hyundai Kona. Once again, the Koreans are showing the class leaders, Tesla, that they have the technology to take them on at their own game.

Apart from the front grill and the funky alloys, the all-electric Kona looks like the other Kona cars in the range, which are also available in petrol, diesel or Hybrid. As with other electric cars, this one is extremely quick up to about 60mph. When I say quick, I mean literally supercar quick. Unsuspecting boy racers sitting at traffic lights don’t stand a chance.

The electric Kona has two battery options – the standard 39kw battery, which is good for 158 miles, and the alternative 64kw battery pack, which gives you a real-world driving range of 259 miles. The average driver does around 12,000 miles per year, so most drivers will be suited to the larger battery pack. Factor in the Government grant and no road tax, and these electric vehicles begin to make more sense in today’s world.

Charging time is pretty impressive, too. If you charge the car at home with a wall charger, it’ll be fully charged in just eight hours. If you use a rapid charger, you’ll get up to 80% charge in around 75 minutes.

So, if you’re out and about at the shops or the motorway services, by the time you’ve stretched your legs and finished your coffee, the car will be nearly fully charged. There is also the option to use a normal three pin plug, which will take 24 hours to charge.

As you’d expect, the car has Isofix seats, as well as plenty of leg and head room in the rear, and a decent sized boot. With the batteries located underneath the seats, the floor is slightly raised compared to the other Kona models.

The range-topping car I drove has pretty much every conceivable gadget you could think of. From Krell speakers and wireless charging, to heated seats and steering wheel, blind spot warning, reversing camera and plenty of airbags, it’s safe to say this is a well-equipped motor.

The middle of the dash is dominated by an infotainment screen. This controls all of the media, phone and sat nav features. The heater controls are separate from the infotainment system, which is much easier to control when you’re on the move.

The car doesn’t have a gear lever, and you can only select drive, reverse, park and neutral. Behind the steering wheel there are paddles, which I assumed would be for changing gears, but they actually control the regenerative braking, so you can choose three levels. After trying all three, I personally preferred the third setting, which makes the car brake quite heavily when you lift off the throttle.

The car can be driven in three modes; eco, comfort and sport. My preferred driving mode was the comfort setting, as it was a smooth ride and a good balance between eco and sport. In sport, the throttle response is much sharper, the steering is more direct and the best bit for me was that the dials go red and look super sporty. Driving the car in sport around tight country roads makes you realise it really isn’t set up to be thrown into corners.

That aside, if you’re looking for a funky looking car that is in demand, for the price, you really can’t go wrong with the Kona.
Get your name on the waiting list and you won’t be disappointed.

See the video below for thrilling footage as Bob gets behind the wheel of the Hyundai Kona Electric, courtesy of Bristol Street Hyundai, Silverlink.