In a sport that takes him from the French Alps and Middle Eastern deserts, to routes bypassing the Great Wall of China, a thrilling home fixture is something very special, says current British National Road Race Champion, Ben Swift. He chats to Elysia Fryer about his cycling journey, overcoming setbacks and returning to his home county...

2019 was quite the test for the champ, but 2020 is already shaping up to be a success – a success in which he hopes to build on following the Tour de Yorkshire race.

“I‘ve had my best winter of training – possibly the best I’ve had in my entire career. It has been really consistent, I’ve had no problems, no injuries, and I finished last season pretty well, too. I was able to have a good break and now I’m back in the best form I have been in.

“It’s a shame races have been cancelled due to the current state of affairs, and obviously we don’t know how long we will be unable to race for, but I’ve been really happy with my year so far, and I’m still hopeful for a successful Tour de Yorkshire, whenever it may be.”

Despite recent happenings, now is a promising time for the 32-year-old pro and it comes as a relief after spending some time in intensive care following a Tour de France training crash in Tenerife last February. But set backs only encourage success – and that’s certainly what’s on his mind as we head into spring/summer fixtures.

“It was a pretty scary time,” Ben explains.

“At first, I don’t think I really appreciated how serious the crash and subsequent injuries were. We were halfway up a mountain in Tenerife, just me and Geraint Thomas.

“Our coach, Conor Taylor, took me straight to hospital. If I’d not been taken straight away it could have been quite ugly.

“I was in intensive care for five days, then on a ward for four days. As soon as I got home I was straight in to see specialists and get second opinions.

“Since then, I’ve been surrounded by the best support staff at Team INEOS. I worked closely with Conor, the team’s doctors and physios, and I have actually come out stronger.”

“It was a mix of so many emotions,” Ben recalls.

“The crash was one thing, and then I missed some of my big targets on the back of it.

“It was just another test in my career, I guess. I’ve had a few and it felt like, ‘oh, here we go again’, so winning the Nationals was pretty special.

“I’ve been close a number of times over the years, so to finally have that jersey is just amazing. Representing your country as national champion, it doesn’t get much better than that. It definitely gives you an extra bit of motivation.”

With the British Nationals jersey in the bag, there’s never been a better time for Ben to head for home roads and tackle the Tour de Yorkshire – a race he has some not-so positive experiences in.

“And all we can wish for is to get the date back in the diary and work towards another exciting fixture as it has become a very important event for the sport.

“Unfortunately I don’t have too many great memories of it. I broke my shoulder racing it once and the only other time I raced it, I was recovering from a broken back. This year, hopefully, with the form that I’ve shown in the early season, plus having the national bands on for extra motivation, I can put on a strong performance.”

Ben is flying high in the cycling world, but he understands the challenge at stake. Like many races, the Tour de Yorkshire has its demands, the infamous ‘Shibden Wall’ in West Yorkshire, being one of them.

“The Shibden Wall is back, but I’m ready to tackle it. It will be a great race, it always is. It’s certainly one of the best and most entertaining in our calendar.

“I’m preparing for the Tour de Yorkshire by trying to hold my form, gain some endurance and remain patient.”

For a homegrown Yorkshire lad, it’s a breath of fresh air to be swapping busy international schedules for some time on home soil, and to be involved in such a celebrated sporting event is something quite special.

“We get to travel to some amazing places with the sport, and sadly we don’t always get to take it all in,” says Ben. 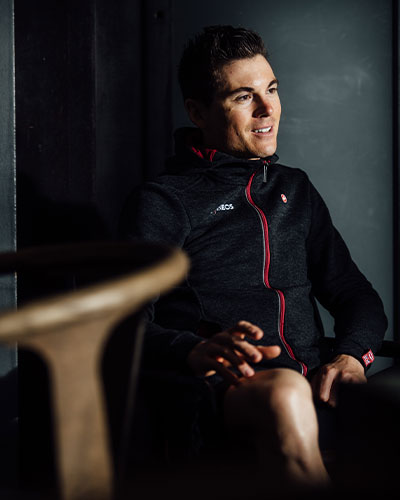 “But there are not many jobs that take you to the Alps and the Pyrenees, then to the deserts in the Middle East, then past the Great Wall in China.

“But that being said, it’s a fantastic thing to know that among all of these amazing places across the globe, Yorkshire is on the map as a cycling hotspot, too.

“When the Tour de Yorkshire came about it was super exciting for the county and the sport itself.

“Everyone has seen how enthusiastic the crowds are, and the public really do get behind it. I’ve travelled far and wide for my job, but it makes me feel really proud to look at the support and think, ‘that’s my county putting on such a spectacle!’

“I couldn’t have ever imagined it when I was a kid. It’s one thing training on familiar roads, but to be able to actually race on home turf is a really surreal experience.

“Most of our racing is done on the continent, so it’s very hard for friends and family to come along and support us.

“But the Tour de Yorkshire is such a fantastic experience that we can share with friendsand family. It’s really quite special. The buzz around the region just adds to that as well.”

The wonderful thing about the Tour de Yorkshire is, yes, it’s a thrilling event for cycling enthusiasts, but it is also a fantastic community event, and a great way to see the county in all its beauty. It also helps to spread the word and encourage new people into the sport.

There’s no better place to get out on the open roads, and there’s never been a better time to do so!

“Born and bred in Yorkshire, I am really proud of this event and it’s a great way to showcase what our county has to offer,” says Ben.

“I’d encourage both locals and visitors to enjoy the diverse countryside and all of the county’s fantastic attractions, the museums, the castles and the ruins. 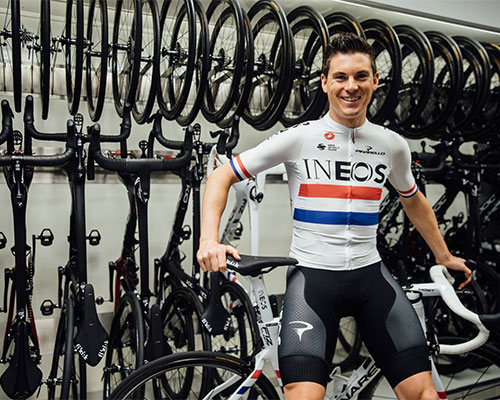 “We’ve got a lot of pretty spectacular parks too,” he adds.

“The Yorkshire Wildlife Park and the Yorkshire Sculpture Park are two of my favourites. Then you have to try and watch the race on one of the best climbs – I’d go for the Shibden Wall, on Stage Three. It is quite challenging and will be an exciting watch to the say the least. It comes close to the finish line of Stage Three, so the racing will be full gas.”

Well into his twelfth professional season, the track and road racing cyclist is celebrating one of the most successful periods in his career. When he’s not racing the world, he spends his time at home with family in Yorkshire.

“We’re on the road so much, so it’s nice to switch off and relax at home – when we can.

“And the Tour de Yorkshire is the perfect opportunity for me to enjoy a bit of ‘home’ time with family and friends – while still taking part in the sport I love.”