THE BEST BINGE-WORTHY BOXSETS ON NETFLIX

We’ve lined up 13 of our favourite binge-worthy Netflix boxsets for every mood. It’s time to indulge in the ultimate Netflix and quarantine...

“After a long-distance courtship, Gavin and Stacey finally meet in person — only to be confronted with the strong opinions of friends and family.”

“After vowing to remain chaste until marriage, Jane Villanueva learns she’s pregnant due to a medical slip-up and has to rethink her future.”

“In 1920s Madrid, four women at the National Telephone Company ring in revolution as they manage romance, friendship and the modern workplace.”

“Struggling to come to terms with his wife’s death, a writer for a newspaper adopts a gruff new persona in an effort to push away those trying to help.”

FOR THE WHOLE FAMILY >>

BOSS BABY BACK IN BUSINESS

“The Boss Baby brings his big brother Tim to the office to teach him the art of business in this animated series sprung from the hit film.”

“When a stranger makes a shocking claim about his wife, family man Adam Price becomes entangled in a mystery as he desperately searches for answers.”

“Queens compete for $100,000 and the title of America’s Next Drag Superstar in this Emmy-winning show hosted by the mother of all drag mothers, RuPaul.”

THE WORLD’S MOST EXTRAORDINARY HOMES

HOW TO GET AWAY WITH MURDER

“Accident or murder? After the mysterious death of his wife, author Michael Peterson watches his life go under the microscope.” 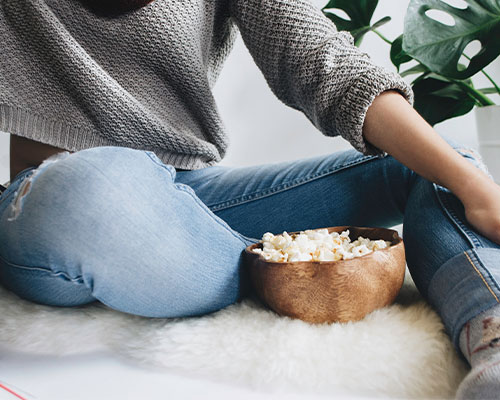 “This hit sitcom follows the merry misadventures of six 20-something pals as they navigate the pitfalls of work, life and love in 1990s Manhattan.”

FOR THE SITCOMS LOVERS >>

HOW I MET YOUR MOTHER

“In 2030, Ted tells his children the story of how he met their mother, beginning back in 2005 with Marshal and Lily’s engagement.”