Bag your ticket to the greatest ball of all as Cinderella sparkles on stage this festive season at the Sunderland Empire... 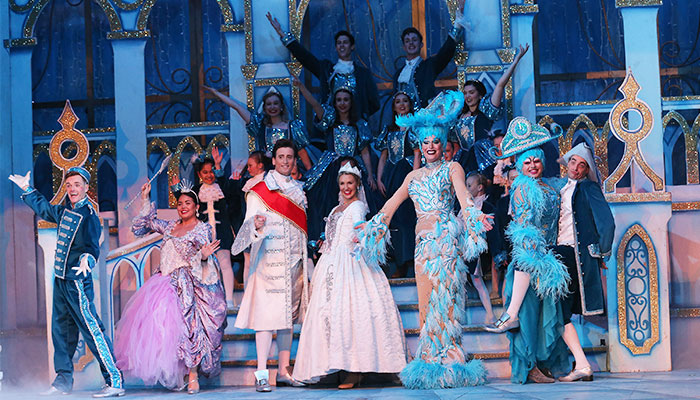 Panto season wouldn’t be complete without a trip to the Sunderland Empire’ s sparkling show. Its spellbinding productions are a must-attend festive event for the whole family, and this year’s is sure to put smiles on faces, adding  a healthy sprinkling of Christmas magic to cultural agendas.

This season, audiences across the North East are invited to the most spectacular ball of them all – Cinderella. Complete with sassy characters, sequins and plenty of panto silliness, the cast bring the fairytale classic to life on stage.

Cinderella is up there as one of the best princess stories, packed with pumpkins, spells and the very glass slipper that turns Cinderella’s life from rags to riches. With the help of the Fairy Godmother and her lovable best friend, Buttons, the Princess fights against her evil stepsisters to bag a ticket to Prince Charming’s ball. 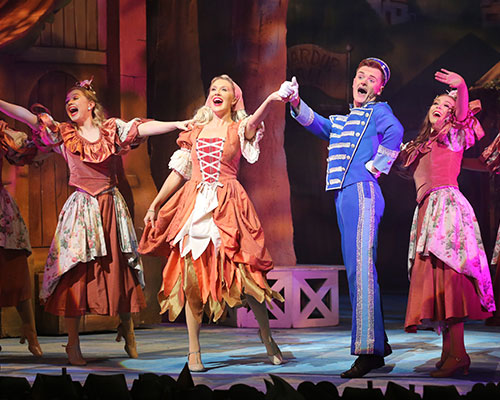 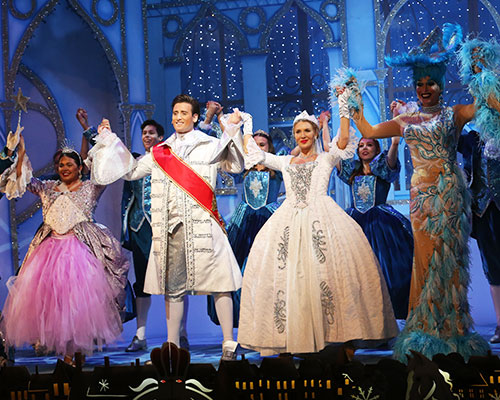 Scarlett Moffatt is the star of the show as the Fairy Godmother. Her majestic stage presence brings a whole new dimension to the show – with plenty of festive magic and funny moments thrown in for good measure. There is, of course, nods to the North East native’s jungle and Gogglebox days – and it goes down a treat with the local crowd. Scarlett is everything a panto should be – full of life and laughter – and she holds the whole show together perfectly.

The oh-so glamorous ‘Queen of Comedy’, Miss Rory, makes her Sunderland Empire panto debut as one of the ugly sisters, Rorina Hardup. Miss Rory is the comic creation of Dan Cunningham and is billed a ‘Tyneside institution’ for her razor-sharp wit. We were delighted to hear of here panto appearance this year, and it’s safe to say, we’re not disappointed! She brings sass, sparkle and a bit of good old ‘boo hiss’ to the show.

Rorina’s sidekick is Duncan Burt (as Ruby Hardup). A side-splitting drag duo, who together bring wow costumes, tongue-in-cheek one-liners and plenty of seasonal silliness to the production.

The lovely Gemma Naylor makes for the perfect Princess and Jon Moses is an ever-so charming Prince. Dan Ebenezer is Dandini and Jimmy Johnston doubles up as the show’s director as well as playing the role of Baron Hardup.

Special mention goes to Tom Whalley – who takes on the role of bubbly Buttons. He’s at the heart of the show from start to finish – ensuring plenty of audience interaction throughout. His Mackem jokes and over-the-top accent has us in stitches, as does his rosy red cheeks and chirpy, cheeky nature.

We’ve got a cracking cast to thank for this tummy-tickling take on Cinderella. The whole gang work wonderfully together throughout – and it’s lovely to see them having such a lovely time on stage. It’s Christmas after all! 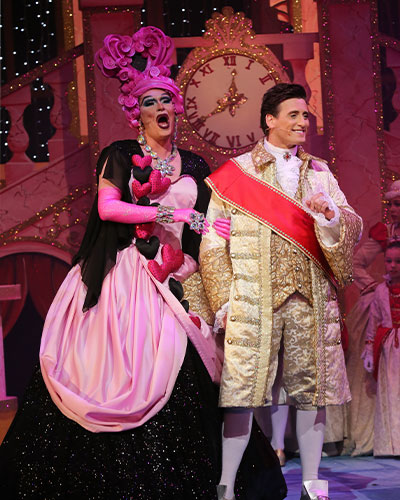 Big characters creating big moments on a big stage! No expense spared this year, folks. We’ve got famous faces, sensational sets and side-splitting comedy – as the panto squad tell the festive fairytale we all know and love.

You’ll laugh, cry and sing your way through the whole show – with plenty of opportunity to get up and dance, cheer on your favourite characters and boo-hiss as the baddies take to the stage. Expect all the usual panto silliness, seasonal sketches and glittering costumes.

Anyone feeling fabulous and festive! Go here for guaranteed laughs with the whole gang – whether it’s a family affair or a night out with friends. 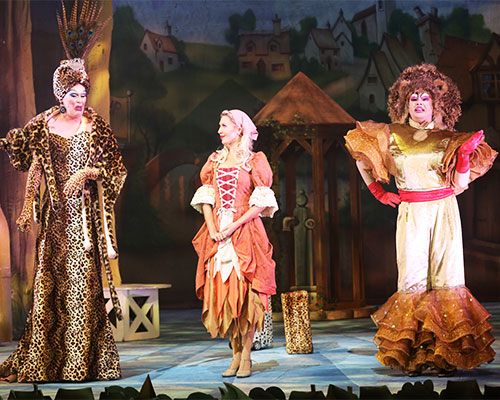 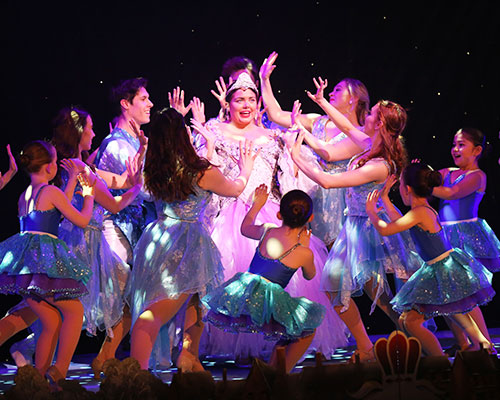 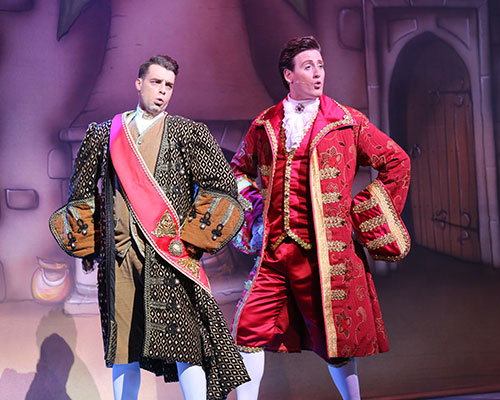