A SWEET LITTLE CHRISTMAS AT 21 NEWCASTLE

Jessica Laing heads to 21, Newcastle, for a taste trip around Europe, discovering some of the restaurant’s fabulous festive desserts... 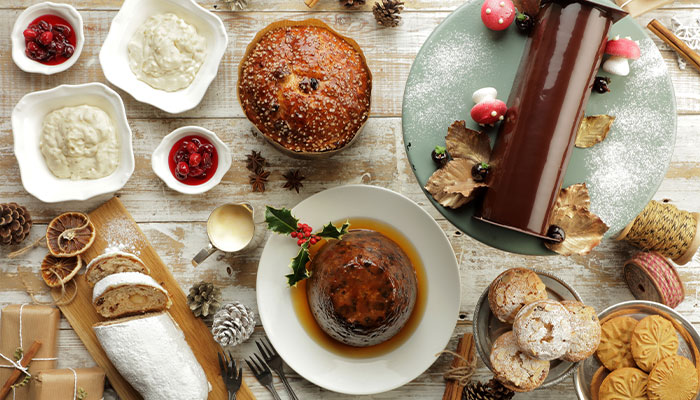 One of the (many) things I love about Christmas is that it’s a holiday steeped in tradition.

For just one day only, we come together to celebrate family, swap gifts, and stuff our faces with food that has a special place in our hearts this time of year.

Love it or loathe it, when it comes to dessert on the big day, Christmas pudding is the star of the show in most UK households. But what about other countries? How do they finish off their yuletide feasts? It appears you can find out for yourselves at 21 this Christmas.

Here, pastry chef, Helen Doyle, and her team, create a number of festive favourites from across Europe – a range of show- stopping desserts that go beyond boozy puds and brandy butter.
I recently stopped by to put a few of them to the test (it’s a hard job, I know), eager to discover if the sweet traditions of other lands might inspire me to bring something new to the Christmas table this year…

Christmas puds are believed to date back to the Middle Ages. Referred to as ‘plum puddings’, they were filled with meat and poultry until people decided to start adding apples, candied fruit, raisins, sugar and spices – and the sweet Christmas pudding we know today was born.

Traditionally, puddings are made on, or immediately after, the Sunday before Advent – known as ‘stir-up Sunday’ – where everyone in the household stirs from east to west (the route the Three Wise Men took on their quest to find the newborn king), while making a Christmas wish.

Unlike some shop-bought puds, 21’s isn’t overly sticky or stodgy. It’s wonderfully light and moist in texture, packed with juicy raisins, currants and mixed peel, citrus, apple and carrot, plus a flurry of mixed spice for the unmistakable taste of Christmas. Soaked in homemade brandy sauce, its deep, rich, boozy flavour is delicious – and not at all sickly.

Make room for this one. 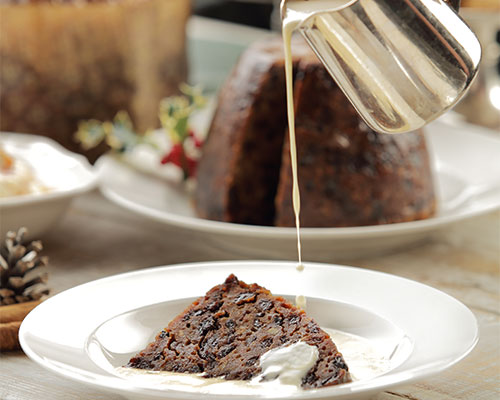 Swedish rice pudding – known as ‘risgrynsgröt’ or ‘julegrot’ – has been a Christmas staple for centuries. Made and left out for Santa on Christmas Eve, traditionally, it’s served cold with whipped cream and vanilla, finishing with a single almond and berry sauce.

Whoever finds the hidden nut in their bowl is said to be blessed with good luck.

I’d never considered eating rice pudding on Christmas Day – but 21’s take on the Swedish go-to dessert blew me away and now it’s all I can think about.

Made with risotto rice, full-fat milk, double cream, sugar, lemon and vanilla (the real stuff – you can see the specks), it’s sweet, oozy and comforting.

Here, it’s served with a red berry sauce and a sprinkling of toasted almonds – a crunchy nod to the Swedes’ age-old tradition. 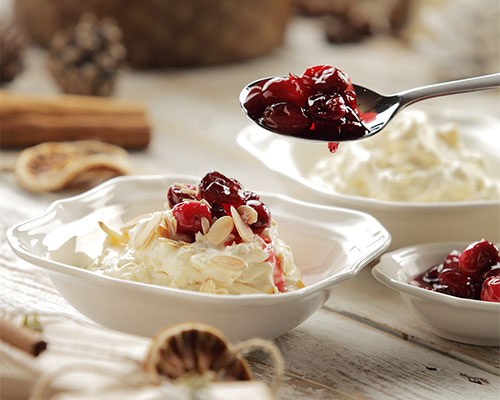 Bûche de Noël – also known as a Yule log – was first made back in the 19th century. Essentially a roll of light sponge cake, covered in either chocolate or icing, they were made to resemble the logs burning in the hearths of homes all over France, helping to mark the winter solstice and the countdown to Christmas.

They’re usually served with one end cut off and bark-like texture is produced by dragging a fork through the icing.

Icing sugar usually makes an appearance too, resembling snow, as do mini mushrooms, made of meringue or marzipan.

Made with high quality milk chocolate, it’s lighter-than-air, with a velvety-soft sour cherry mousse surprise inside.

If you’re afraid of heavy Christmas desserts, this one is for you. 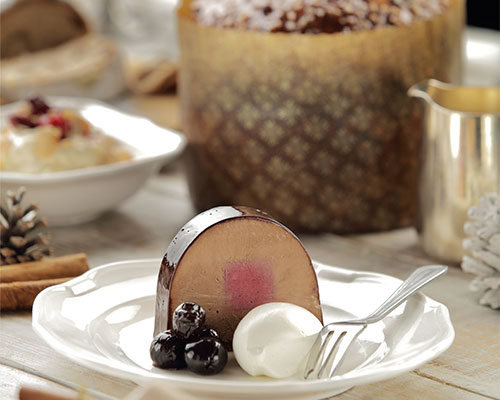 Germany’s Christmassy take on fruit bread – sometimes referred to as ‘christstollen’ or ‘weihnachtsstollen’ – harks back to the 1400s, when bakers would make brick-like shapes of dough using just flour, oats and water in preparation for fasting during advent.

Today, traditional stollen is a dense, enriched bread, studded with candied fruits, nuts and peel, made with plenty of butter, spices and booze.

Legend says that stollen, in its typical shape with a thick white layer of icing sugar and/or marzipan, symbolised the swaddled Jesus Christ.

In Germany, it’s served with – or dipped in – coffee or mulled wine.

I’ll be honest – I don’t think I’ll ever be the biggest stollen fan.

I think it’s the marzipan and butter that turn me off. But my family love the stuff – and I’m sure they’d have lots of praise for 21’s version.

It’s far lighter in texture than I’d anticipated, with no overpowering aniseed-y taste – despite there being gobs of marzipan hidden in the dough. I can only detect a slight hum of cinnamon – which is never a bad thing. It’s slightly sweet, not overly buttery and pulls apart beautifully – making it a perfect sharing option. 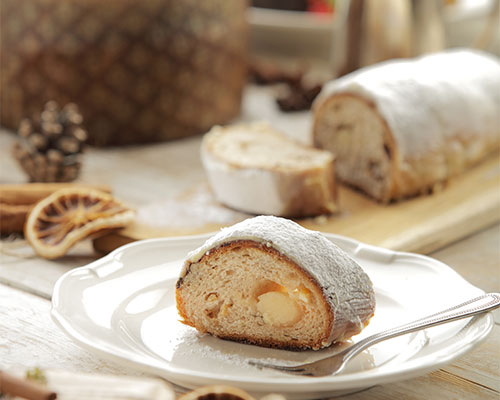 Dating back to the early 20th century, panettone is believed to originate from Milan (though some argue Verona) and many say its name is a derivative from ‘pane del Toni’, meaning ‘Tony’s bread’.

It’s said to be the result of panic when a medieval court chef – Tony – had nothing to serve for dessert, and so invented this thrice-risen dough laced with tons of butter, sultanas and peel.

Fresh from the oven, traditionally, this tall and mighty loaf is hung upside down to cool, so its burnished dome doesn’t collapse.

It’s pillowy, sweet and brioche-like, laced with high-quality vanilla, raisins, chunks of candied mixed peel and fresh orange juice for a zesty tang that you can really taste.

Don’t expect a ton of spice, but if you have a sweet tooth prepare to jump for joy; its sweet crust, made with crunchy nibs of sugar, is really special. 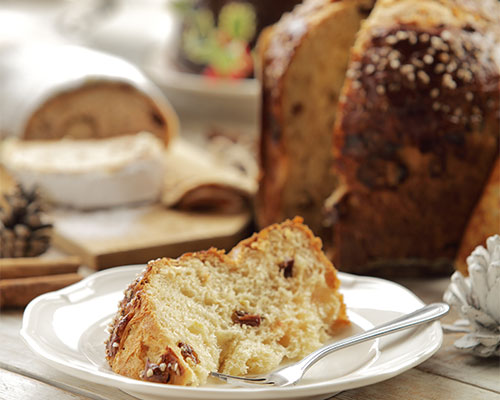 You’ll find some of these fabulous festive desserts on 21’s Christmas menus, or you can buy direct from the restaurant. For more information, or to make an order, call 0191 222 0755.