Alan Hodgkiss has a trainer collection worthy of its own fashion empire. Elysia Fryer checks in to talk trainers, Tynemouth and timeless sportswear...

WHAT DO YOU DO AS A JOB?

For most of my career, I’ve been in retail – mainly the sports fashion trade. For the last nine and a half years, I was the MD of the fashion division at JD Sports, which is basically Tessuti in the Metrocentre and Scotts Menswear on Northumberland Street. That’s the physical phase of the fashion division. I left them about a year ago, but I’m still a consultant – the odd day here and there.

In the meantime, I’ve set up my own consultancy business called Business Doctors. It’s actually a franchise, so I’ve got the Newcastle area. We basically work with small business owners, helping them plan the growth of their business.

TELL US ABOUT YOUR TRAINER COLLECTION?

It’s an accidental collection really, in the sense that, when I was a lad – which was a long time ago – you would probably spend two or three months saving up for new shoes. I was brought up in the North West in Bolton and I would often go into Manchester.

You’d set off on the train, it was a big event. You would go and buy your new trainers and then get back on the train and just look at them in the box. It was quite an emotional connection. I’d obviously wear them, but I kind of just accumulated them and collected them over the years.

I’ve always bought what I liked. It’s not just trainers, it’s sportswear in general. I’ve got a lot of vintage tracksuits and loads of catalogues and posters, too. Obviously, once you get into it, you do go back over and collect other bits to fill in the gaps.

I’ve got a large amount of sportswear, tracksuits, trainers etc. There are some valuable pieces in there, but it wasn’t really about that to be honest, it was just a genuine love for them. 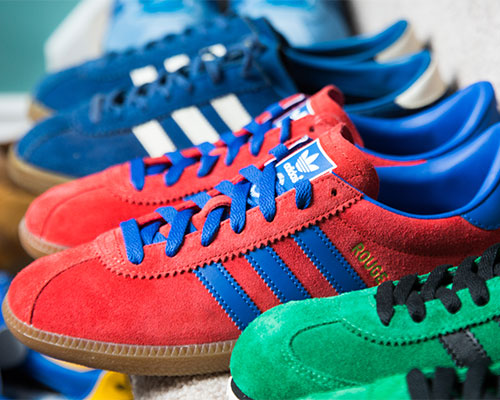 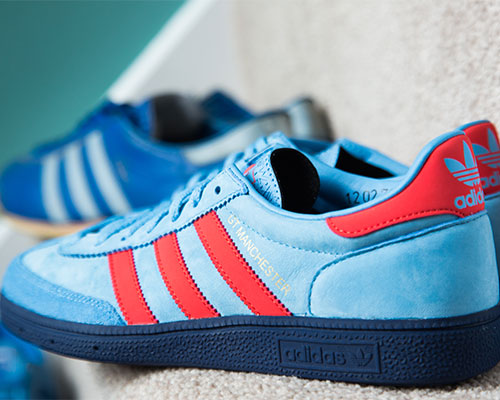 ARE THE PIECES PART OF YOUR EVERYDAY WARDROBE?

Yes, absolutely. I have to be honest, a lot of the trainers I haven’t worn – just because they become more valuable over time.

But equally, there are quite a lot that I have worn, and certainly pretty much all of the sportswear.

The fashion for those things tends to go round on a five or 10 year cycle, depending on what it is, so it means I can just bring them back out again. It’s sustainable… it’s environmentally friendly!

That’s what I keep saying to my wife anyway…

ANY INTERESTING PIECES IN THE COLLECTION?

In the early 2000s, I was contacted by an old Adidas representative. Way, way back, Adidas used to be distributed by Umbro, and then there was another distributor called Peter Black. Umbro brought in the performance sportswear, and even back in the day, Adidas had a lifestyle/leisure collection, and that was brought in by Peter Black.

They date back to the early 80s. One of the most famous pair was the Micropacer. It was a shoe that Adidas brought out in the 80s featuring a little microcomputer, which ironically didn’t sell that well and didn’t quite catch on, but it had a real futuristic look about it – even now.

I’ve got an original pair of those. It has got a huge following.

Back in the day, much of Adidas was made in Germany, so I’ve got some of those. I’ve also got some Nike shoes made in America. Nike was based in the North East for many years. Doxford was the UK head office for a long time, until about seven or eight years ago. So the brand has also been a big part of my collection – I’ve got a lot of Nike catalogues in there. 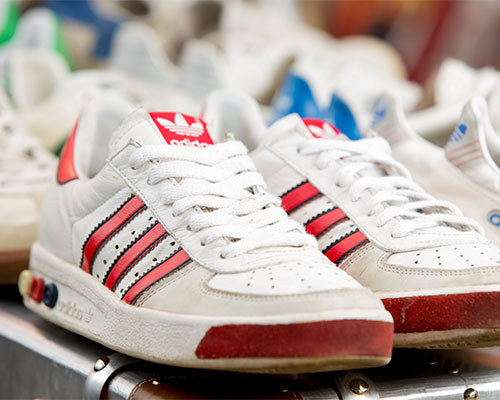 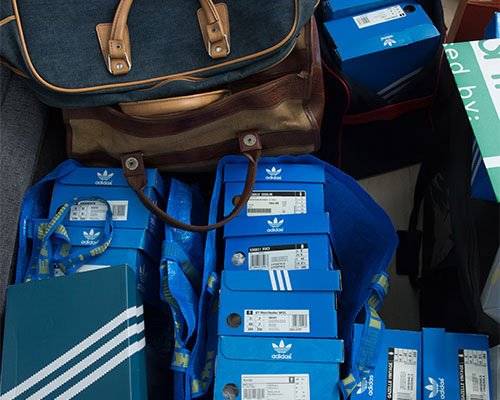 HAVE YOU EVER BEEN APPROACHED BY ANYONE TO USE YOUR COLLECTION?

There’s an Adidas Spezial Collection, which has developed a really niche following. They host exhibitions every now and then; the last one was about three years ago in Manchester. I donated about 30 pairs of my collection for the display, which went on to exhibit in Paris and Moscow as well. It was great!

HOW DO PEOPLE KNOW ABOUT YOUR COLLECTION?

I have a lot of contacts in the trade.

WHAT DO YOU PLAN TO DO WITH IT?

It is currently in my will to pass down to my son. He is interested in it, which is great – my daughter is not interested in it at all. So, there are discussions to be had, but that’s the plan… 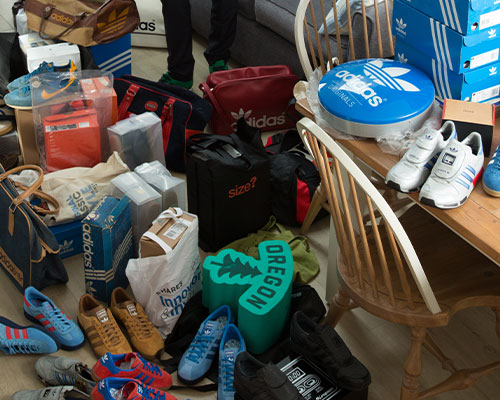 DO YOU LIVE LOCALLY?

I live in Tynemouth now, and it’s definitely a place I call home. In my spare time, I like to keep busy (and fit) with a little bit of running.

I live in a great place to do so, making the most of our brilliant coastline. We’re very fortunate to live in Tynemouth. The food scene is great here. We lived here about 20 years ago, and then we moved away down to St Albans for four/five years – then we came back seven/eight years ago, and it just feels like home for us.

Way back in the 80s, I came to university here. The reason I got into the trade was because I did a chemistry degree at Newcastle University, but I had a part- time job in a sports shop, it was called Monument Sports at the time – on Grainger Street.

I left university with a chemistry degree, but didn’t really want to go down that path. The sports shop offered me a full-time job, which I took temporarily, and then 37 years later, here I am – with a house load of trainers!

ARE YOU STILL COLLECTING?

Yes. I only ever buy things I like or I would wear, primarily. That’s my main criteria.