AT THE WHEEL: THE NEW VOLVO S60 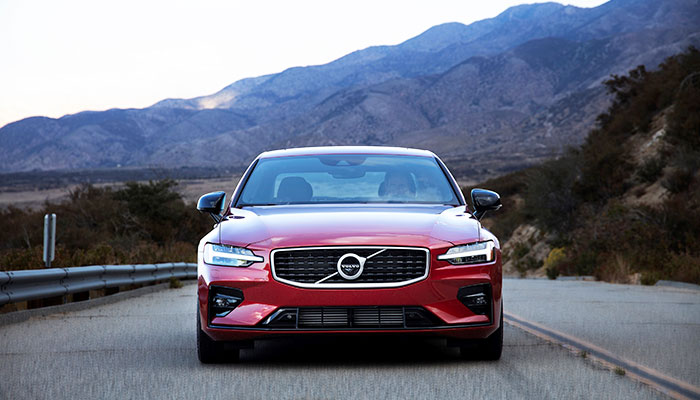 My first car was a Volvo and I’ve always been impressed with the brand’s build quality. My 340’s doors would close with a solid clunk and you just felt safe in the car. It was built like a tank and, in hindsight, it actually drove like one too!

At the time of writing this review, I was the first person in the North East to drive this beautiful car. So, to say I was excited would be the understatement of the year.

Having driven the car’s predecessor, I couldn’t wait to jump in, and thankfully, it didn’t disappoint. The S60 faces some strong competition from the big three German rivals. Taking on the 3-Series, Audi A4 and the Mercedes C Class is no mean feat at all, but Volvo have taken the bull by the horns and they’ve launched this beautiful looking car – priced from £36,750 which is slightly cheaper than its German rivals. 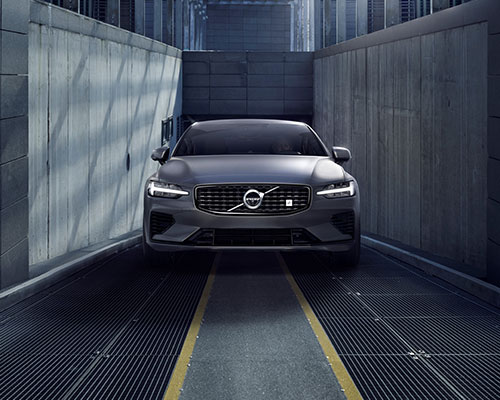 The first thing you can’t help but notice is the chic styling. I was driving the car in the R-Design specification – this gives it a very sporty look, thanks partly to the body kit and the beautiful alloys. The Thor hammerstyle front LED lights further assist in giving the car its sporty look.

The car is available in either momentum or inscription, I’d go for the R-Design which is a great mix of stylish and sporty. Volvo have decided to build the car in America, and like many manufacturers at the moment they decided to drop the diesel.

At the moment, the car is available with two petrol engines, there will also be two Hybrid cars which will be a great mix of performance and economy.

I drove the T4 which is the entry level 2litre engine, this 4-cylinder engine managed to do the 60mph dash in under seven seconds and its top speed is 123mph. While I had the car, it managed to average 25mpg and that was a mix of motorway and town driving.

The S60 is Volvo’s seventh new car since 2014, which it has to be said, is a very big deal indeed. So much so, that the company’s SUVs have taken the market by storm.

My personal favourite is the XC40. I think it not only looks great, but it’s lovely to drive as well. As with all Volvos, the interior is beautiful, from the infotainment screen in the middle of the dash, to the slick buttons and storks, this car really screams quality. It comes as no surprise to find out that the car’s chief interior designer formerly worked at Bentley.

The interior is a very classy and calming place to be, and the seats are some of the most comfortable I’ve sat in. After a long drive you get out of the car with absolutely no aches or pains at all, which is a good thing, at my age!

I liked the electric speedo and rev counter, and another favourite for me was the starter switch. Instead of the usual boring button, this stylish twist switch, along with the dials and air vents, helps to make the car feel special. The vehicle I was driving also boasted Harmon Kardon speakers, parking cameras all over the place, wireless phone charging and Google and Spotify systems.

As with all Volvos, the car is loaded with safety features – needless to say there are air bags all over the place. Volvo’s city safe system is brilliant – it applies the car’s brakes if it senses you are going to hit either a pedestrian, animal or a vehicle. Most crashes tend to happen at low speeds, and when the driver isn’t concentrating fully, so having the car on constant alert can only be a good thing.

The autonomous driving aids are also a welcome extra. I’m still not convinced by them, I find myself trying to trick the self-steering feature into working – I know it’s juvenile, but as a critic, I’m only doing it as a public service!

The adaptive cruise control works a treat too and it makes boring motorway driving much easier and more interesting. When you set the speed, the car accelerates and decelerates according to the traffic ahead.

Space in the rear is on par with its competitors. Passengers have plenty of head and leg room, however, if you are unfortunate enough to have to sit in the middle seat, you’ll be faced with a large protruding transmission tunnel, so you’ll have to have your feet at either side of it.

The boot holds about as much luggage as the 3-Series. It did, however, have a ridge at the back of the boot and another downside is that the rear seats didn’t have a 60/40 split. I do, however think it can be added as an option.

Having spent a few days in the car, I think if you’re looking for a stylish motor that is different to the obvious German rivals, you really can’t go wrong with this brilliant vehicle. I can only imagine the Hybrid versions will be the pick of the range, for  both performance and economy.

LUXE LIKES >> Starter button, the styling, the seats, the safety features and the classy interior.

See the video below for thrilling footage as Bob gets behind the wheel of the new Volvo S60, courtesy of Mill Volvo Newcastle.