LOOK AT ME NOW: GRANTLEY HALL

One of Yorkshire’s most historic houses is being revived and reborn as a hotel and spa with grand ambitions. Luxe takes a look...

Grantley Hall is a grand design and then some. Its long, sweeping drive ramps up the anticipation, twisting and turning through some of Yorkshire’s most tantalising parkland.

Draw up to the entrance of this 18th century mansion and take a breath. This summer it will be fully open for business, but for now it is alive with industry as the delicate finishing touches are being added to everything from plasterwork to pillows.

Grantley Hall is going to make a statement. Yes, for its imposing beauty and notable Grade II-star heritage, but also for its vision of the new.

At the rear of the hotel the striking Three Graces Spa has been constructed with a spectacular glass roofed mezzanine courtyard offering an impressive statement of intent.

Some 26 bedrooms (of 47 in total in the hotel), will be arranged around the courtyard and where guests can get up close to the 18m pool, snow and steam rooms and state-of-the-art gym with specialist equipment such as an altitude training facility, wellness-testing and allergy centre, cryotherapy chamber.

The project itself is an ambitious one, headed up by its owner, 75-year-old Valeria Sykes who bought the property in three years ago. Her son Richard and partner Colin Little are heavily involved with the project as are Valeria’s grandsons. She sees it a family project and also one that will act as a legacy for this part of Yorkshire, creating jobs as well as a landmark hotel – it is the county’s only Relais and Chateau group member.

Grantley Hall is just a mile or so past Fountains Abbey near Ripon, a ten-minute drive from the A1.

Its recent past included time as a council-run education centre and though it came into private ownership for a while, it was left unloved and decaying until Valeria stepped in with a £70m rescue plan, deciding it would be a good place for afternoon tea. 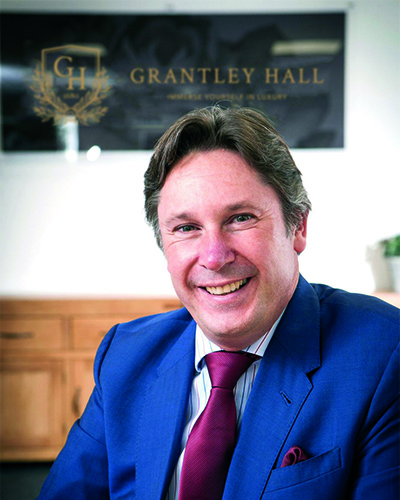 It certainly will. But the intention is also to offer a variety of dining options to encourage visitors and offer guests a wide a variety of food styles.

Shaun Rankin heads up the kitchen with his eponymous fine dining restaurant and there will also be a Pan-Asian restaurant, a relaxed all-day dining restaurant; The Drawing Room, serving quintessential British afternoon tea and a spa lounge offering nutritious light meals and snacks. Valeria’s will be the destination for cocktails, champagne and music.

No expense has been spared in the restoration of the building which was built by Thomas Norton and his son Fletcher Norton, first Baron Grantley, in the 17thcentury, based on a Palladian design by English architect Isaac Ware.

Standout facilities will include a contemporary and well-equipped wedding and banqueting suite close to the English-heritage listed Japanese garden which is currently undergoing extensive restoration.

The hotel still has 47 original fireplaces and bedrooms have ben creatively designed to make the most of the building’s grand heritage – whilst also paying attention to pampering and the latest smart technologies and room comforts – such as pillow menus, hidden TVs and ultra-luxurious bathrooms. 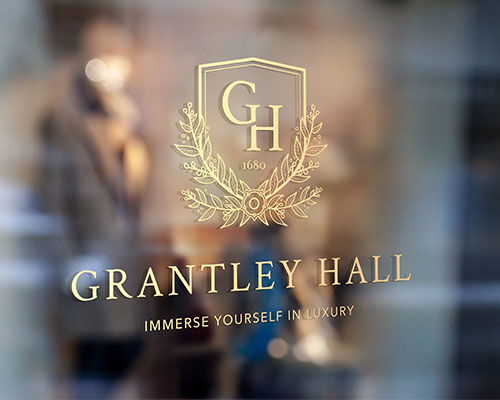 *Room rates will start from £350 a night up to £5,000 for the striking Presidential Suite.