Wendy Beacom is Head of the Private Family Law Team and can meet with clients at any of TBI's four Teesside offices. She tells us about the importance of a 'no fault' divorce... 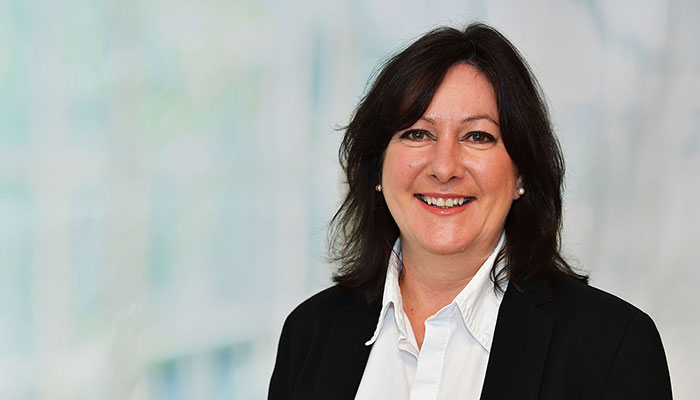 In April 2019, I reached a milestone after having worked in the law for three decades to be appointed Head of the Private Family Law Team at TBI. It turned my mind to thinking how the law itself has changed in my specialist field of matrimonial law over this time although it will be nowhere near as different to the law in 1842 when TBI was established as a business.

I wonder how the founding members would view today’s family law landscape.

One of the main challenges of my profession is keeping abreast of an ever-changing goalpost of legislation. Take divorce proceedings, parties used to have to attend court to prove the contents of their divorce petitions. This is because divorce proceedings were governed by law made in 1973 when attitudes to divorce were much different now. It was very much the “blame game” but over time that has softened even though we are still governed by the same 1973 law. Undefended divorces are generally dealt with on paper and rarely is an attendance required at court.

In 2018, a defended divorce case (which are rare) hit the headlines because the wife relied on the fact of her husband’s alleged behaviour in her divorce petition. However, the Supreme Court upheld the husband’s defence meaning that the parties will have to remain married until they have been separated for over 5 years. However, in April 2019, Parliament has confirmed that it will introduce a “no fault” divorce system and in reality it is likely to be made law which I genuinely hope so to reduce conflict between parties from the outset.

In financial matters, there was the stereotypical perception that in a relationship there was a “breadwinner” and a “homemaker” and that their contributions were unequal owing to their different financial contributions. In 2000, the case of White and White emphasised that there should be no distinction and that a homemaker’s contributions should carry as much value as the breadwinner’s.

2000 also brought the advent of pension sharing orders.  Pensions previously could not be shared and again one party was often disadvantaged by this situation. I often see cases where pensions account for the largest portion of the family’s assets. Therefore, being able to share in that asset brings fairness and that is what the court strives to achieve overall alongside considering a party’s needs be it housing, income or otherwise.

In 2004, the Civil Partnership Act came into being enabling same sex couples to enter into a formal and legal relationship bringing with it the ability to seek financial orders upon the breakdown of their relationship. Following a challenge to this Act by heterosexual couples who stated that this legislation discriminated them, there is currently a bill passing through parliament which could bring in legislation providing for the option of heterosexual couples to be able to enter into a civil partnership by 31 December 2019. In 2013, the Marriage (Same Sex Couples) Act came into force thus allowing same sex couples to now marry. With the pending changes to the civil partnership rules set out above, both heterosexual and same sex couples will now both have the options to marry or enter into a civil partnership.

A decade on in 2010 saw the case of Radmacher and Granatino which involved a decision of the court determining that a pre-nuptial agreement should stand. This was a landmark decision and increasingly, I have been asked to advise on pre-nuptial agreements. What this case has done is highlight that where a party wishes to preserve pre-acquired assets, perhaps from a previous relationship or built up by one party prior to the relationship beginning, that there is a possibility to do that. In addition, similar agreements can be entered into post marriage where one party may wish to preserve an inheritance or a capital gifted from relatives, often parents.

Historically, when parties separated the court automatically made orders as to which parent the child would live and which they would spend time with. This is not the case now and parties are actively encouraged to agree arrangements between themselves. Court is there as a backstop if there is a dispute but alternative dispute resolution is a preferred mechanism for resolving issues.

We also now have Brexit which has created uncertainty. Legislation is being prepared in the event of existing without a deal but until there is clarity as to what is to happen, I will refrain from commenting further.

Family law will continue to evolve and change to keep apace of current attitudes.

Wendy Beacom is Head of the Private Family Law Team and can meet with clients at any of TBI’s four North East offices as well as further afield. Call 0333 444 4422 or visit: tbilaw.co.uk.