INTERIOR INSPIRATION: NOT GOING OUT

A home with history on the outside hides a party palace inside as Kathryn Armstrong discovers in Norton village... 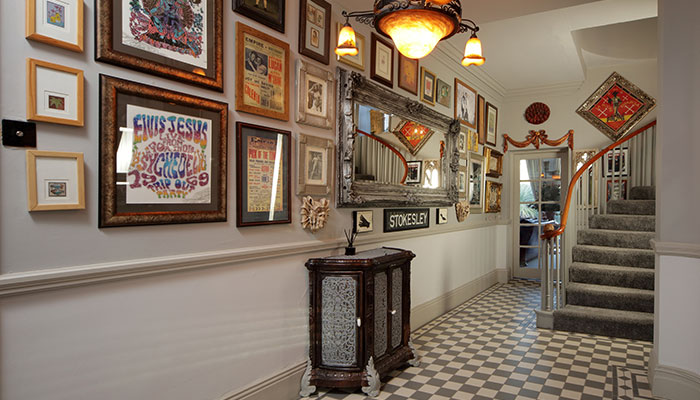 Barry Faulkner’s life has been big on parties. The bar and nightclub owner is no stranger to the high life and without doubt his home is a reflection of a lavish lifestyle.

From the outside the home he bought a year ago on Norton High Street looks a picture of elegance and restraint.

It’s a gracious brick-fronted, listed property, built around 1700. Before Barry bought the property it was owned by ICI, as was neighbouring Norton Hall. The properties were used to house ICI executives who worked in nearby Billingham. Barry’s purchase of the house marked the first time it had ever been on the open market.

“When built it was for the staff of the Bishop of Durham,” says Barry. 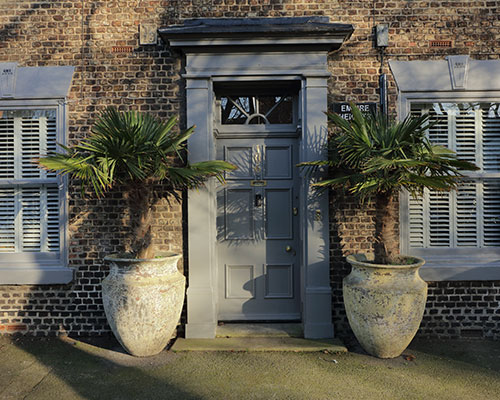 So what would these clergy forefathers make of it today you have to wonder? Barry has always had an interest in ecclesiastical memorabilia and antiques – but his idea of preaching from a pulpit means giving a lecturn to a DJ in one of his nightclubs.

“I’ve always had a collector’s eye for pieces reclaimed from churches,” he says.

“Things with lots of history – pews, lecturns, that kind of thing.”

Inside, Barry’s magpie-like attraction to collectables is impossible to ignore. The Georgian house has gorgeous proportions and immaculate features such as cornicing, arches and an elegant hall and curved staircase. On the outside it is built from purple header bricks – this was a sign of wealth with the bricks’ shortest side to the front rather than lengthways, using more building materials. The outside of the house mixes history and contemporary with on-trend deep grey paintwork and wooden window shutters.

Where period ends and fun begins is in a games rooms opposite the newly-built kitchen extension. By his own admission, he’s not much of a chef, so Barry just makes a call to one of the two restaurants in Norton run by his son – Barry Jr, namely Canteen and Cocktails or gourmet pizza joint, Scrann, to get fresh food delivered to the door. 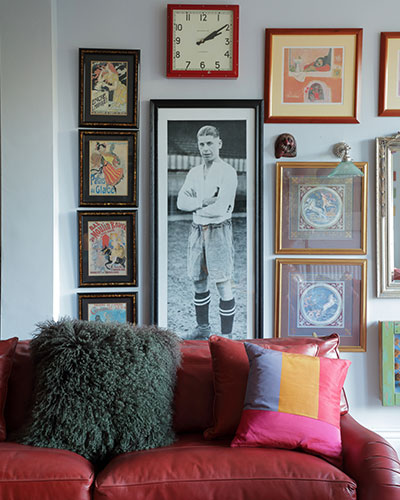 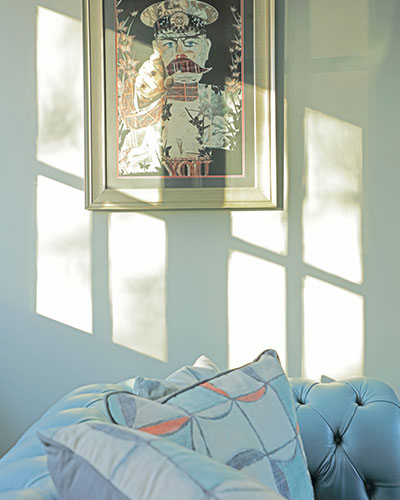 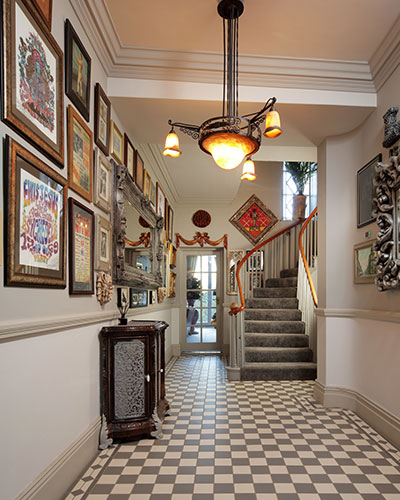 “Back to mine”, means heading for the games room. A party hub and lad pad if ever there was one. Neon lights, a full larder fridge and one serious snooker table.

In the adjoining room, clock the (as yet unused) £15k ‘foosball’ table which Barry bought in Harrods on a recent shopping spree. It sits by a zebra-skin sofa accessorised with a Vivienne Westwood throw.

Every room reflects a time in Barry’s eventful life. These days, having hit 70 and survived surgery for prostate cancer (“that put an end to all my partying really”), Barry adopts a quieter life, but he’s ever restless – getting itchy feet to join Barry Jr in a new business venture in the village.

He is constantly surrounded by his past – his whole house a homage to the pleasure palaces of his nightclub past.

In the hallway there’s an opulent light-fitting that once had a home at the famous ‘Kirk’ nightclub.

Elsewhere there are relics from the heady days of Teesside nightclubs with names and memories all their own – Mandy’s, Blaises, Dempseys and Faulkners among them.

Moroccan glass lightshades in the conservatory lived a life at his restaurant, La Pharmacie in Middlesbrough while the hallway is lined with original posters for the Empire in Middlesbrough from 1896 – the Victorian music hall he turned into a renowned nightclub.

For Barry, the Empire was legendary. “Every DJ in the world played there.” Iconic posters span the decades, from Paul Oakenfold to framed Destroy label T.shirts from the 80s.

An area of a gracious well-proportioned sitting room which overlooks vast gardens is devoted to The Beatles and John Lennon memorabilia, including many limited edition prints and a framed copy of Lennon’s birth certificate. 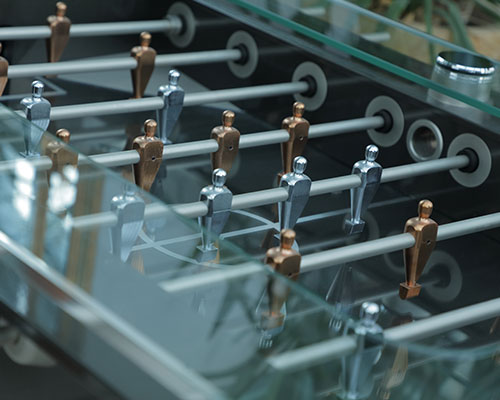 In this room Barry installed a £7k marble fireplace which he got from one of his favourite haunts, Andy Thornton Showroom near Halifax. This vast business supplies furniture, reclaimed and antique pieces to the restaurant and hospitality trade, specialising in quirky one-offs and heritage pieces. It’s where Barry and Barry Jr find their interior inspiration for bar refits and hospitality projects – some of which obviously spill over into home life.

The piece he’d save from a fire is from Andy Thornton’s place – a floating bronze sculpture of a saxophonist. He’s also very fond of some huge mirror frames that are crafted from recycled paper torn from copies of Yellow Pages.

Closer to home, Barry is a fan of Barker and Stonehouse for some of his less eclectic pieces – such as gorgeous velvet sink-in sofas which find a home in a neat and cosy book-lined sitting room – about as far away from a nightclub as you’d get.

“We’ve done this place from top to bottom. I always put lots of pictures and pieces from pubs and clubs – there are stories in everything in here.

“All my houses have been party houses – now I go to bed early!”