Historian and broadcaster David Olusoga was brought up in Gateshead, so returning to Tyneside to film the BBC’s A House Through Time, was a thrilling project. Jessica Laing talks to him about tracing the life of a home in Summerhill, Newcastle. 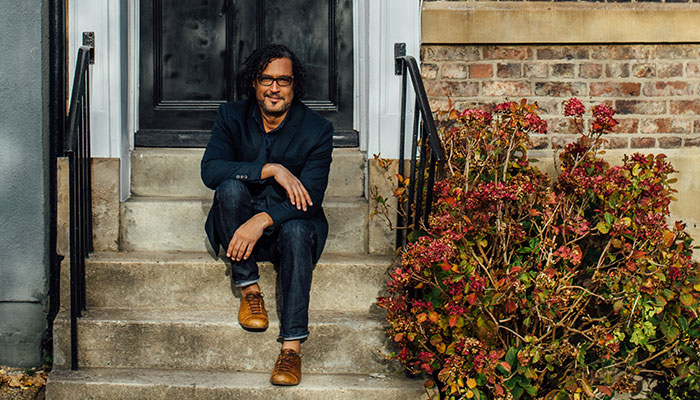 YOU’VE PRESENTED ‘A HOUSE THROUGH TIME’ FROM THE START – WHAT ATTRACTED YOU TO THE PROJECT?

People have written books on individual houses, but many of those books had focused on the architecture, the physical fabric. I am a historian interested in people. I care about this series because it is fundamentally people-focused and that, to me, is what history is really about.

WHY SET YOUR SIGHTS ON NEWCASTLE FOR THIS SERIES?

I was brought up in Gateshead, so coming to the North East was like coming home. I went to school with Paul Gascoigne and everyone I knew growing up supported NUFC. I regard myself as a Nigerian Geordie, as proud of my North East roots as my African heritage. In the last series, the whole country got to see a glimpse of Liverpool’s history, the glory days of the 19th century, as well as the difficult years of the 1970s and 1980s. I wanted to do the same for Newcastle. The series, as far as I am concerned, is a love letter to the North East. 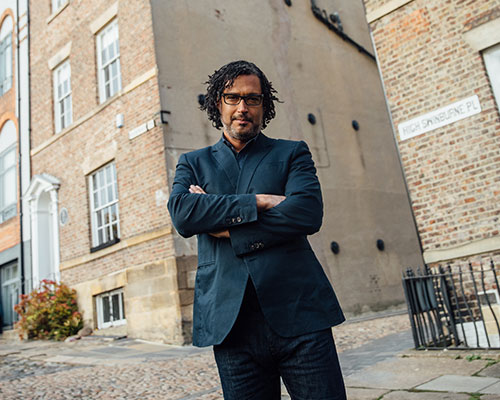 WHAT CAN YOU TELL US ABOUT THE HOME YOU EXPLORED?

When we began to look for a house, my view was that Summerhill was by far the best place to look – a quiet, secluded community area behind Westgate Road. I love Summerhill because it’s a survivor of a Newcastle that was largely lost, and because it was home to the city’s most radical and dynamic residents.

WHAT KIND OF RESEARCH DID YOU DO?

The first step is to look at census returns online, to establish who lived in the house and when. Then it’s a case of putting together the residents’ stories, piece by piece, from newspaper reports, archive documents, old photos, anecdotes from their descendants, and more. Usually there’s one piece of evidence that really cracks open the story. It might be a photograph, it might be a letter, it just depends. It’s a detective hunt. Luckily we had very welcoming hosts. The neighbours, past and present, helped us build a picture of the street in recent decades, and when it came to the deeper history, we got lots of help from local librarians, historians and archivists.

CAN YOU GIVE US AN INSIGHT INTO ITS HISTORY?

Through the years, it has experienced huge changes in status. It was built in the 1820s for the middle classes and the occupants reflected that. We find a solicitor, a doctor and a scientist in the early days. But by the 20th century, the neighbourhood had become more industrial and the house became lodgings. So you had colliery labourers and shipyard workers living there.

I can tell you that there’s a lot of drama in this house’s history – everything from burglary to bigamy. We discovered that one resident, who we thought was quite ordinary, turned out to be involved in an explosives conspiracy – that was a shock. We also discovered a grandmother living at the house with her 13- year-old grandson, we wondered what had brought her there. Where were the boy’s parents? When we started digging, what we discovered was unbelievably dramatic, like a Victorian novel. But I’m not allowed to say more – you’ll have to watch! 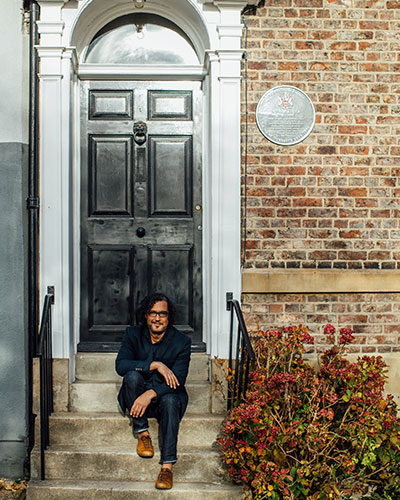 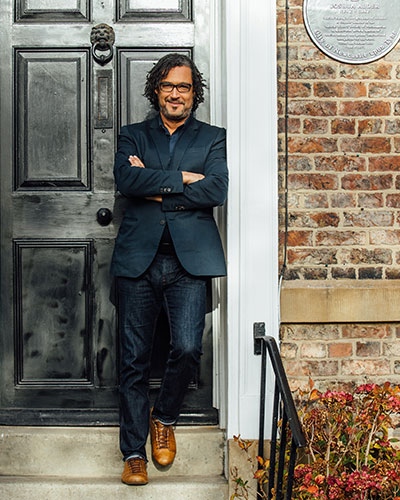 Discovering that, actually, the house has remained fundamentally the same. The layout hasn’t changed much, although there were some unsympathetic alterations done in the ‘60s, which subsequent owners have remedied to some extent. My favourite feature is the main living room on the first floor, with its huge windows and views over Summerhill Square.

WHAT DO YOU HOPE PEOPLE TAKE AWAY FROM WATCHING THE SHOW?

That Newcastle was and is a world city; a place that sent its people and its products out into the world. A city that was always home to people, ideas and products from all over the world. We have always had the Tyne – a river that, since Roman times, linked the North East to the wider world. Newcastle and the other towns of the Tyne are not isolated or ‘provincial’, they have global footprints and global histories. I hope that viewers are reminded of all we have been in the past, what the generations before us achieved and all they went through to build the region we have today.

HOW WOULD YOU SUM UP THE SECOND SERIES?

Wonderful. I had to leave the North East in the late 1980s to study elsewhere and then find work. I left with sadness in my heart, but my love for my home region never dimmed. Coming back to make this series has been an incredibly emotional journey.

Follow the journey of Summerhill, Newcastle, as it screens on BBC Two. The first episode of A House Through Time (Series 2) is due to air on 8th April (full TX details TBC) and will be on BBC iPlayer for 30 days.