AT THE WHEEL: BMW X5 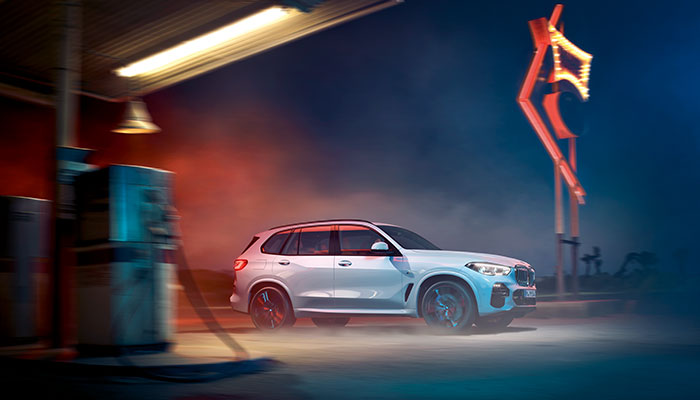 As I’m writing this review the winter’s sprinkling of snow has arrived and caused its usual havoc.

My Golf is usually great in the snow, and as it’s been so cold recently, the roads and side streets have literally been like ice rinks. So even the heroic and usually incredibly dependable Golf has struggled. Given the chance to drive the X5, I was quick to jump.

Having owned a few X5s in the past, I couldn’t wait to discover the latest revamped model. I still had to blink when I realised that the car was actually launched in 1999. They’ve sold over 2.2 million cars, so they’ve obviously been doing something right.

It’s still recognisable as being an X5, the front of the car is dominated by a massive pair of BMW’s famous kidney grills, and, I for one, love the new look. New laser lights also add a touch of style. I especially loved
the blue bits in the middle of the lights – these are super cool. 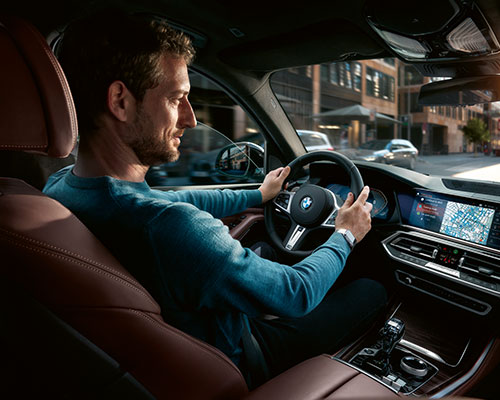 They’ve done a great job with the rear of the car too, which looks great and it’s much better than the new Discovery. It’s still a split rear tailgate, which is great for sitting on or to perch stuff when loading. The boot is larger than the outgoing model, and the rear seats can be dropped via two levers, which gives you an enormous amount of space for luggage etc.

The designers have done their usual job of making the M-Sport version look not only sporty, but also drive incredibly well. From the massive alloy wheels to the body kit, side skirts and with its massive alloys, the car just screams performance. It’s packed to the rafters with kit. My favourite bit had to be the heated and cooling cup holders, they actually work and aren’t a gimmick.

The car has plenty of driver aids, from blind spot detectors to a self-driving mode. Stick the cruise control on, and this car actually steers for you. If you keep your hands off the wheel, warning lights flash at you until you put your hands back on the wheel. If you don’t put your hands on the wheel, then the car brakes and brings you to a halt. If you go over white lines, which in real life you sometimes have to do, the car literally yanks the steering wheel back as it assumes you are going to crash.

I drove the 5.0lt M Sport diesel, this 3LT engine has 4-turbos – to put this into perspective it has the same torque as a Ferrari 488!

When you plant your foot on the throttle, the car takes off and it just keeps accelerating with absolutely no lag whatsoever. The car’s top speed is limited to 155 mph and it gets to 60mph in an astonishing 5.2 seconds, which is amazing considering the car weighs over two tonnes and its engine is a diesel.

The car’s interior is much more luxurious than any previous X5, from the Bentley-style stitching on the seats to the buttons and switchgear.

A big screen dominates the dash, and controls everything from the heating to the satellite navigation. The picture quality is like some super HD screen and the reversing cameras are the best I’ve ever seen. The buttons on the iDrive are now flush, instead of the usual individual ones. The reason for this was due to drivers spilling drinks on them which ended up being expensive to replace. The new buttons should stop that happening now. This latest iDrive is by a mile the best so far; it actually puts other systems to shame with its simplicity.

The car also features gesture control to adjust the volume and to change the radio station. It didn’t seem to like me, for some reason, but it worked for everyone else who tried it.

It’s very refined to drive, especially in comfort mode and I personally loved driving the car in sport, as the car not only drove better, but the exhaust and engine sounded great. This is thanks to the engine sound being piped through the speakers.

The dash is now all digital and there aren’t any analogue dials available. I liked the design, but I thought the satellite navigation in the middle of the dials wasn’t the best I’ve seen, to be honest. 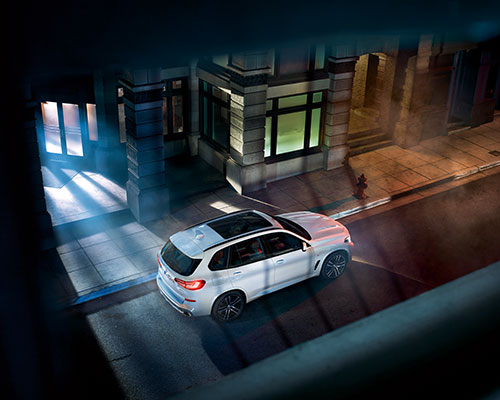 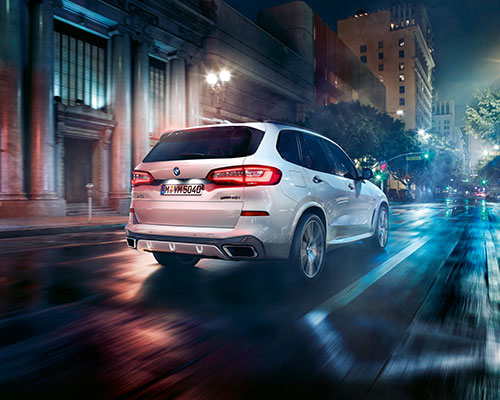 Another feature which was great is the reverse assist. The car actually memorises your route up to 60 yards, so if for example you’re blocked in a car park, pressing the button reverses the car back the way you came in. Reading this back, it sounds rubbish, but it’s worth test driving the car for this alone – it’s such an amazing feature.

The panoramic sunroof has loads of little led lights that look like stars, not quite as good as the roof in a Rolls Royce, but it is a fraction of the price. Passengers in the rear have plenty of legroom and headroom, the rear seats have USB ports and hangers for jackets or shirts.

The car I drove was priced at a fraction over £75K. I know that’s not at all cheap, but it’s worth it for the engine alone. The car will be launched in with another smaller diesel or a petrol engine. If you’re looking for a car to tackle our once yearly sprinkling of snow, I’d put this firmly at the top of your list.

I showed the car my friend Dave Coulson and his team at Peace & Loaf and they were all blown away with the brilliant technology. My team at Sachins loved the key but they weren’t interested in all the technology!