As Stephen Sondheim once said: “Musical comedies aren’t written, they are rewritten.” Gary Barlow and Tim Firth speak up about their newly reworked Calendar Girls the Musical… 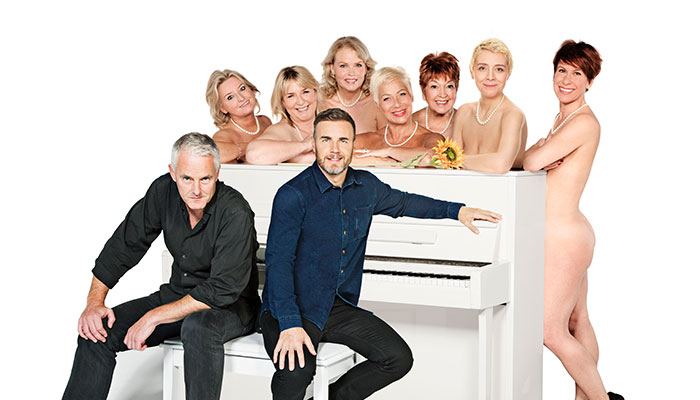 As a film and a stage play it was always Calendar Girls, but its graduation to a musical seemed to be a good time to evolve the title. The Girls proceeded to play to full houses across the UK, as well as enjoying a successful West End run. Time, then, for creators Tim Firth and Gary Barlow to cheerfully declare ‘job done’ and to move on?

“I think we all left London a little bit confused,” admits Gary.

“Everyone who saw it loved it, but we never quite found our audience in London. So we took a good look at the piece and Tim and I shut ourselves away for a couple of months to streamline it.”

Thinking back to the real story of the women’s institute of a small Yorkshire village that persuaded some its members to whip their kit off for a tongue-in-cheek calendar in a bid to raise enough money to purchase a sofa for their local hospital, I observe that few stories could sustain so many incarnations. Writer Tim Firth is in no doubt as to the secret of the story’s longevity.

“It endures not because the calendar is now part of English history, or because of the disease it was inspired by. Even more common than the disease itself is the need to find a way of combatting adversity in life, be that illness, depression, family or social adversity.

“This musical is a medicine for all of those issues because at its heart it is comedy. The most potent weapon in the calendar and the musical is using comedy to fight that which oppresses you emotionally, and also to claw your way back out of a situation you are in. I firmly believe that. When you lose your sense of humour all is a lost.” 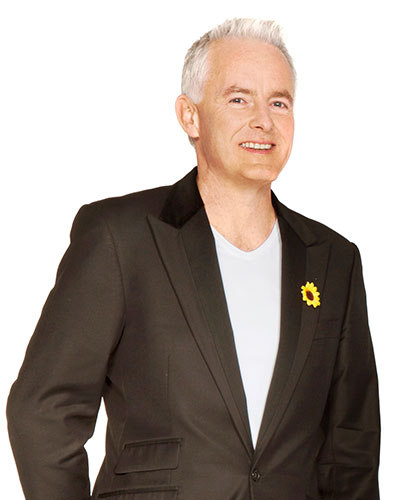 No danger of that with this cast, which stars some of our funniest female actors and best-loved gigglers, including Ruth Madoc, Fern Britton, Sarah Crowe, Denise Welch and Karen Dunbar, as well as musical theatre royalty Anna Jane Casey and Rebecca Storm. Collectively playing the bare naked ladies of the title, even pop legend Gary Barlow is a tad awestruck by this tour de force.

“David and Dafydd [producers David Pugh and Dafydd Rogers] put an amazing cast together,” he tells me, a beaming smile testimony to his approval of the line-up.

Talking of happiness, he won awards for the stage play but is Tim now as happy with the musical version?

“I think it is the best incarnation,” he says, thoughtfully.

“There is much more we can tell now because the music becomes an accelerator of story; it allows you to say much more than you can with a play and allows you to be faithful to the characters and for them to speak directly to the audience. You have a whole new set of tools with a musical.

“Music is a very potent force emotionally and you can use it to counterpoint, too. It keeps all the emotions airborne. The songs are seamless; they lift you up like a magic carpet and that is very exciting for me.”

As for their working partnership (Tim also wrote the book for The Band the smash-hit musical that uses a Take That soundtrack to tell an original story and that Gary, along with Robbie, Howard and Mark, are also producers of), both agree that the combination of having known each other since childhood and being Yorkshire lads who know how to graft has made the process a good deal easier.

“Working with Gary feels effortless. We have the same work ethic and we’re from the same stock,” nods Tim. “Our backgrounds and parents have instilled in us immense gratitude for the position we find ourselves in. We are doing our hobbies for a job and we never take that for granted.” 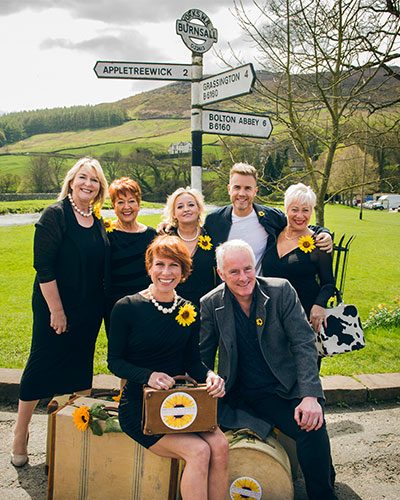 The ladies of the cast hailed Tim as a ‘God’ when it comes to writing for women. It is a skill he attributes, in part, to the rough and tumble of his Yorkshire playmates as a kid.

“I had a peer group of mates where there was no division between boys and girls; we were a gang. We treated girls with the same lack of air and grace as we did the boys. So yes, I wrote my mates, my mum, my wife. I treated them with the same boxing gloves because we all have faults. It works because it is honest.”

“It does,” confirms Gary, adding: “and we are really looking forward to taking it back to where it began: the regions. After all, it is a regional story.”

Agreeing that its Yorkshire setting contributes to making this a quintessentially English show, might Tim might turn his hand to creating the ultimate British musical of our times, I enquire? Brexit the Musical has a ring to it, no?

“You never find out what the story is about until you start writing it and I always start with just a tiny glimpse. A storyline,” he responds, taking the diplomat’s way of politely declining my suggestion.

Gary jumps in, almost bouncing in his seat with anticipation.

“We reckon we have added another ten percent to an already great show. I am so excited to take it to an audience.”

His enthusiasm is well-founded, and audiences do indeed leave the theatre with their heart well and truly lifted – a feeling Tim is familiar with.

“My kids lift my heart, but also I lost my Dad recently and he was a huge influence. He was an inspirational teacher, artist and creator and he found the best in people and made them see colours in themselves. That is at the forefront of mind at moment; the joy of children and trying to do for my kids what my dad did for me,” he says quietly, going on to share a glorious idea that he is mulling over for a show based on a choir he and his wife ran when his own children were in primary school.

“Even though the time was right to move on, when we stopped doing it I realised that I missed that injection of the weekly three-quarters-of-an-hour of sunshine and that unabashed enthusiasm.”

But in the meantime it’s all about Calendar Girls.

“I can’t wait to see it open. I think it’s going to be amazing,” declares Gary. “Bring it on!”

And so say all of us. Surely the dream team that is Firth & Barlow is up there with Rodgers & Hammerstein and Lloyd-Webber & Rice?

Too modest to comment, Tim neatly sidesteps the suggestion.