Calling all creative makers of the North East... Submissions are now open for BRILLIANT, the competition for exciting ideas for new artworks to feature in the 2019 Lumiere Durham festival. 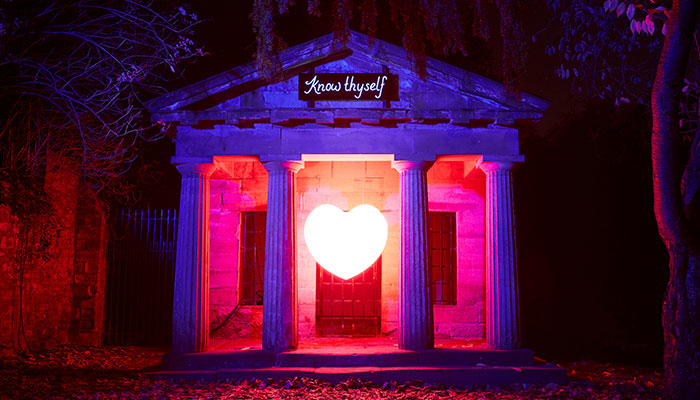 Anyone currently living in or originally from the North East can enter the BRILLIANT competition. No previous artistic experience is required. Winners will be supported by the festival’s expert production team to bring their idea to life.

Applications are open to the public from Monday 28th January and close at midday on Tuesday 26th February. Applications must be completed via the following online portal: artichoketrust.wufoo.com. 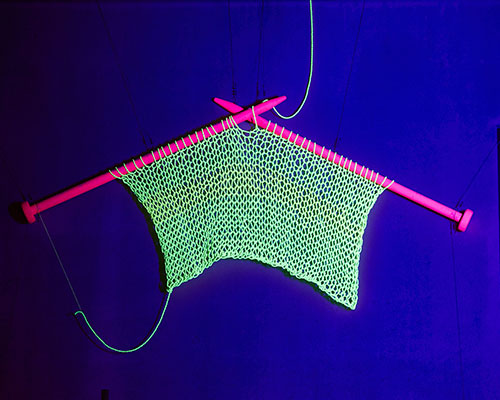 The BRILLIANT commissioning competition, which invites the public to submit bright ideas for the award-winning light festival Lumiere Durham, is now open to the public. The open call for applications is completely free to enter and anyone aged 18 or over and originally from or currently living in the North East is eligible. No prior experience or special skills are required – all candidates need is a unique idea for an artwork that uses light in an effective, original or moving way.

Winning candidates will receive financial and technical support from festival producers Artichoke, who will help each individual realise their artistic ambition. The final installation will be exhibited at the tenth anniversary edition of Lumiere from the 14th – 17th November 2019.

Lumiere 2019 will mark ten years since the festival began, a milestone that will be celebrated with the return of some favourite installations from the past decade alongside exciting new commissions. Lumiere is commissioned by Durham County Council, with additional support from Arts Council England and a raft of sponsors, trusts and foundations.

Kate Harvey, Senior Producer at Artichoke said: “BRILLIANT is a fundamental part of our programming for Lumiere and allows us to transform Durham with the inspiring ideas of local people.

“Artichoke is committed to fostering homegrown creative talent that will have a lasting impact on the North East. This competition is an opportunity for the winners to make their brightest ideas a reality and see their work exhibited alongside the very best international artists working in the field of light.

“Since the competition launched in 2011 we have supported so many talented individuals in creating artworks for the festival. It’s been a joy to follow the winners after the festival, seeing how their careers have developed. We can’t wait see what amazing ideas the public will come up with this year.”

The Stars Beneath our Feet by Louise Mackenzie, BRILLIANT winner at Lumiere Durham 2015. Produced by Artichoke. Photo by Matthew Andrews. 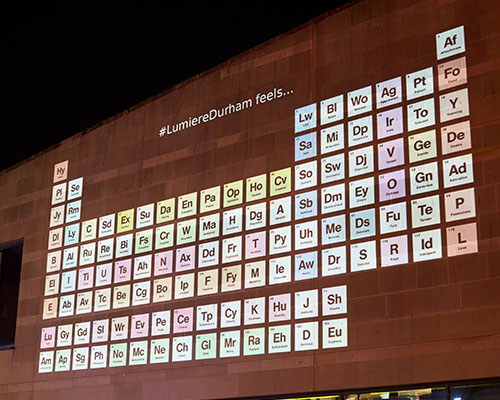 Participating in the BRILLIANT competition has been the opportunity of a lifetime for several past winners, who before taking part, had never practiced as an artist before. Past winners include Amy-Rose Welch, a New College Durham sixth form student whose artwork, Visual Illusion was based on a series of patterns found in and around Durham Cathedral.

Amy-Rose said: “Winning the competition was an unbelievable opportunity. I first visited Lumiere in 2009 and loved it so much I told my mother ‘I don’t know how or when, but I want to be a part of Lumiere.’

“For me, BRILLIANT was an opportunity to be taken seriously as an artist and to have professionals listen to and believe in my ideas. It allowed me the creative freedom to fully realise my designs and take my art to the next level. Since Lumiere I’ve had a lot of interest in my work, including the opportunity to exhibit at Staithes Light festival in September 2018.”

Finola Finn was another BRILLIANT winner in 2017. A research student at Durham University, Finola was a first-time artist who created Know Thyself, a giant throbbing heart, which was inspired by her PHD research into seventeenth-century emotions. Two local artists were also given the opportunity to exhibit their work; Chris Plant who created Harmonic Portal, which connected colour and sound, and Aidan Moesby whose interactive installation Sagacity: The Periodic Table of Emotions invited the public to tweet how they are feeling using a specific hashtag. As certain emotions were tweeted, the colour intensity of illumination increased.

Candidates are required to fill out an online form explaining their proposal by Tuesday 26th February and will be notified if they have been shortlisted for stage two of the process by Friday 15th March.

If shortlisted, candidates will be invited to work with Artichoke’s production team to develop their idea in greater detail, working out some of the initial technical and logistical concerns.

From the pool of shortlisted candidates, a group of winners will be selected to take their idea from concept to reality. The entire process, from proposal through to delivery, will give candidates invaluable insight into life as a practicing artist and the realities of participating in a large scale arts festival.

Councillor Simon Henig, Leader of Durham County Council, said: “The stunning installations that make up Lumiere are admired by people all around the world, but Durham is its home and BRILLIANT is an opportunity for the people who live here to directly shape the festival.

“It is a celebration of the imagination and artistic talent that flourishes in the region and anyone in the North East, regardless of their skills and experience, can take part. 2019 is a Year of Culture in County Durham and what better way to get involved than by having your installation included within the biggest light festival in the UK.”