Journey through the 'all human life' that is Christmas at Live Theatre. Expect turkey, tears and sarcasm as this alternative festive adventure takes to the stage... 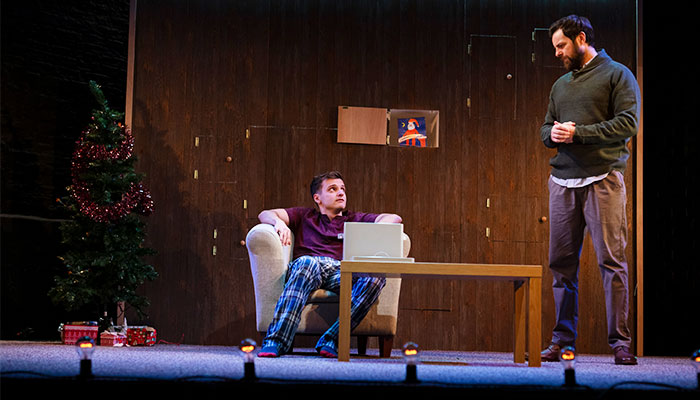 It’s about life’s real Christmas, which for many families isn’t shiny and filled with festive glow. Four plays written by up and coming talent from the Live Theatre family and co-directed by Joe Douglas and Graeme Thompson, who pretty much sum it up with, “everyone has an idea of the perfect Christmas and the anticipation is usually the best part – the cooking, the decorations, the gifts can all be ruined by too much to drink or home truths spilling out…” 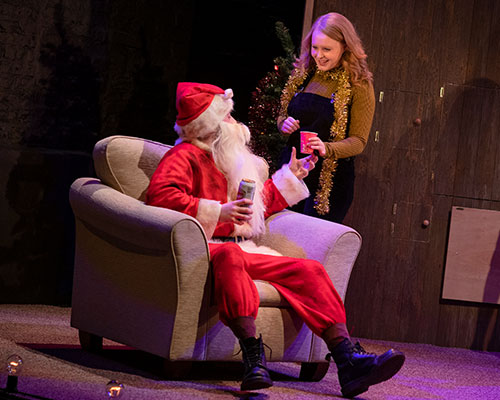 Live Theatre talent in the form of Katie Powell, Dale Jewitt, Sarah Balfour, Daniel Watson and Micky Cochrane, who all do a great job jumping roles in the four pieces. We have a grumpy elf on stage at the start of each play with a placard telling us what we’re about to see.

The four mini-plays hit the spot showing that reality bites in what can be a bleak midwinter for the characters. But there are great laughs too.

Clementines by Tamsin Daisy Rees finds us in a family home as a couple of surly teens are corralled to the school performance by an older brother who is trying his best to hold the family together while mum looks after a sick relative.

Grounded by Henry Lawrence  involves a teenager who brings home a poorly pigeon in a chip box. The bird starts on the road recovery – just as his relationship with his dad does.

Home for Christmas by Olivia Hannah is the funniest of the four plays. Santa (or is it a homeless guy in a Santa suit?) gatecrashes a party. Suspicion and secrets pan out for a revelatory ending. 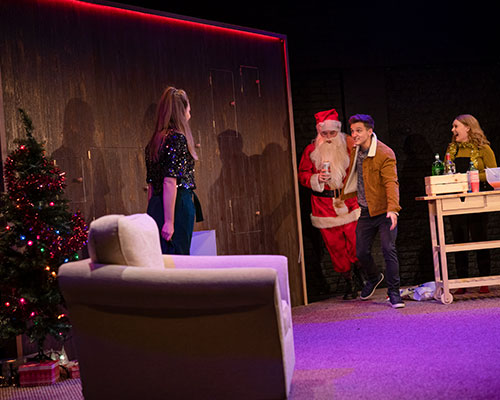 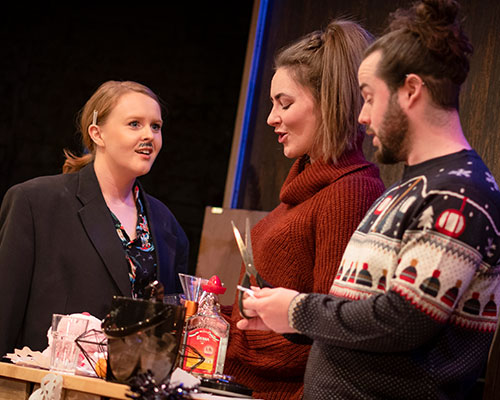 If you’re over panto and like the sound of an alternative festive theatre adventure with smiles, laughs and sobs along the way – this is the cracker to pull.