Bentley has upped its game with the new Continental GT - a plush partner for putting your foot down or cruising through the countryside, says Bob Arora. 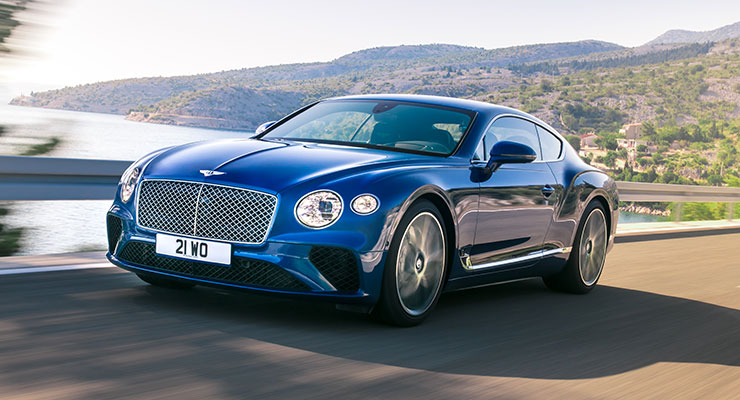 I can’t believe the Continental was originally launched 15 years ago.

It was the car of choice for Premiership footballers. The car just oozes quality and it also has the performance to keep the car up there with supercars.

Bentley fitted a W12 6LT engine to the car and they also gave the car four-wheel drive, which helped make it so easy to drive.

This stunning looking car sold like hot cakes for Bentley, they went on to sell over 65,000 cars. To put this into perspective, Bentley only sold 186 Mulsanes all over Europe.

The latest Continental looks bigger than the outgoing model, the car now sits on the same platform as the Panamera. We may see a Hybrid version one day?

The front of the car still looks as imposing as ever with its beautiful grill, however I’m not convinced by the new rear lights. They do match the oval exhaust pipes, but I think the old Continentals’ rear lights looked great. I’m sure when I’ve seen a few more on the road, the car will no doubt grow on me. The rest of the car’s designer creases and its wide rear haunches just help give the car its sporty look. 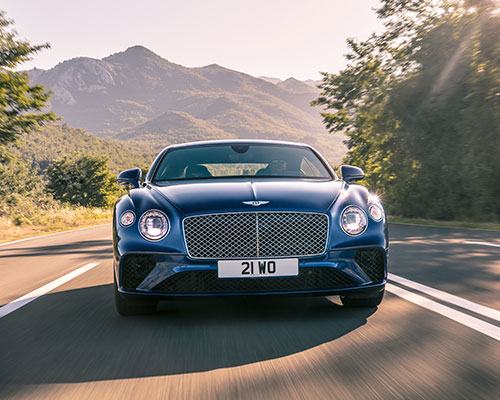 The engineers have used aluminium and high strength steel to help bring the weight of the car down. The car is 80kg lighter than the previous model – that said, it still weighs 2.3 tonnes!

This model is still fitted with a W12 6LT engine but it’s much more powerful, and it pumps out 626 bhp. The car’s top speed is 207mph and it gets to 60mph in 3.6 seconds. For anyone interested in economy figures, the car averages at 22 miles per gallon, which is really good for such a big car. An 8-speed clutch gearbox makes seriously fast gear changes.

Air suspension is standard and the car can be raised, depending on the terrain. I personally liked the Bentley mode, which firmed up the steering and throttle responses. The four-wheel drive is set up with a 60/40 split bias to the rear wheels.

Bentley’s interiors are definitely up there with Rolls Royce, from the lashings of wood to the sumptuous leather and the beautiful metal switches and toggles; it just beats its competitors hands down, as no one
else comes close.

The DB11 is a stunning looking car and its engine sounds amazing, but despite this car being hand built, its interior just isn’t in the same league as the Bentley.

When you get inside the Continental you’re instantly hit by the smell of leather and the luxurious touch of the carpets. You can see why the cars are so expensive. The workmanship is second to none.

The interior is dominated by a 12.3” screen, this controls all of the sat nav, the heated and ventilated seats and radio etc. The optional Naim speakers were excellent, I suppose they should be for the £6,500 they cost.

The massaging seats help make long journeys very relaxing indeed. The car is very quiet and that’s down to the double glazing – even at speed there is very little noise in the cabin. The Continental is still
a 2+2-seater, the rear seats are great for kids, teenagers or adults on a short journey. I definitely wouldn’t go on a long journey or across Europe sitting in the rear. 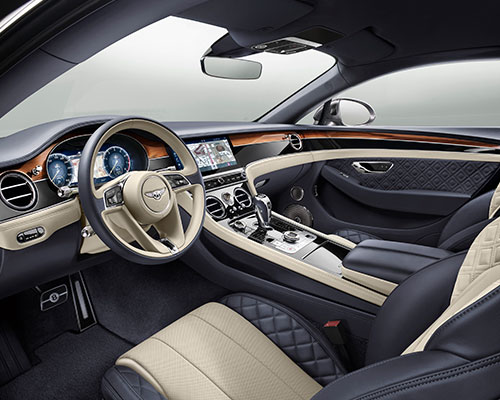 The dash and dials are digital now – I miss the analogue dials – but even Bentley have had to move with the future. A very James Bond type option is a row of analogue dials that flip round at a touch of a button. The three dials are a stopwatch, temperature gauge and a clock.

The head-up display is very big with the all-important information clearly visible to the driver. The car also has some great autonomous driver aids – the cruise control adjusts the car’s speed according to the vehicles ahead and it also keeps the car in its lane. If you keep your hands off the wheel, the car bleeps and pings at you until you put your hands back on the steering wheel. It certainly keeps you in check.

It’ll also hold on to its value better than its rivals, and it should still be worth about 56% after three years on the roads.

I loved the original Continental and thankfully Bentley have managed to make the latest car even better. The car finally got the technology it was lacking – it really is a wolf in sheep’s clothing. Put your foot down and its happy to be thrown into corners at speed or it’s equally content just tootling around town.