Charles Fawcett is founder and managing director of Twisted Automotive, based in Thirsk, North Yorkshire. His business has one mission – to take the iconic Land Rover Defender and re-engineer it to be the very best vehicle it can be.

Born from Charles’ passion for the iconic British vehicle, Twisted Automotive was established in 2001, but the love affair with the Defender started as an 11-year-old with a Series 3 pick-up.

Porsche 911 Turbo in Guards Red. Possibly every car-loving child of my age would say the same. Strangely, while I always liked Land Rover vehicles, I was so used to always seeing them around that they were never something I yearned for.

My driveway over the last few years has been changed pretty quickly. I tend to get bored and, until now, didn’t find ‘the car’. Every car seems to be a compromise somewhere but the one vehicle that never alters is the Defender. This one has been with me since 2007 and is the only non-German car on the drive. I have a 90s Mercedes C43, the flat-six 4.0L Porsche and a V8 diesel 4×4 for family trips. There is a VW van and a Golf here too, so it all depends on how I feel as to what I drive. 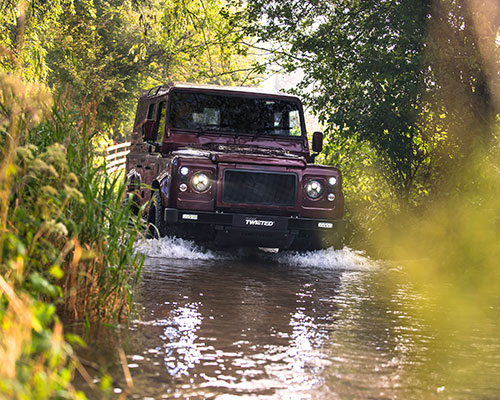 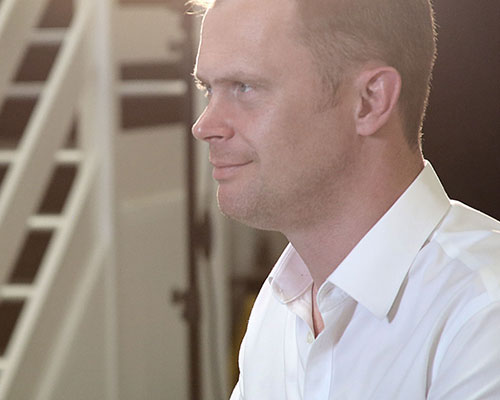 My current combination is about perfect at this point but later in life, in the perfect world, I would add a Mercedes 230SL PAGODA, a Singer 911 and a classic Range Rover from the late 70s.

I’m neither. My skill is likely lower than ‘Captain Slow’ but in my head I am faster – and more flamboyant – than Jeremy!

My old mate, Matt Walton, for his no-nonsense attitude and driving skill.

There has got to be one of the 80s or 90s stations on DAB to keep me going on a long journey.

I have done a few including Gumball 3000, Yorkshire to Monaco – via Copenhagen, Stockholm, St Petersburg, Riga, Warsaw and Vienna. That was some trip and in a truly amazing Defender by Twisted. Now, it would need to be the entire West Coast of the US up into Canada and beyond, or London to Cape Town.

Naturally it’d be with my girlfriend Pip and my two girls, Molly and Kate. However, just now I don’t believe my passion for vehicles is fully supported by the girls being only four and eight-years-old, so I would have to ask Ewan McGregor or Charley Boorman for their help.

The one that sticks out is probably a sober night with mates in the local nightclub at the age of 18 and hatching a plan to go skiing the next day. We drove to each one of our houses at 3am collecting ski gear and ended up parking up at the Glenshee Ski Centre car park at 8.30am ready to take the chair lift.

Nothing that can slide about when cornering!

One is very clean, the other should be clean, the rest tend not to be.

Too many to mention…