We're walking in the air this Christmas in Newcastle as a cherished classic character pops up in the Fenwick Christmas window. 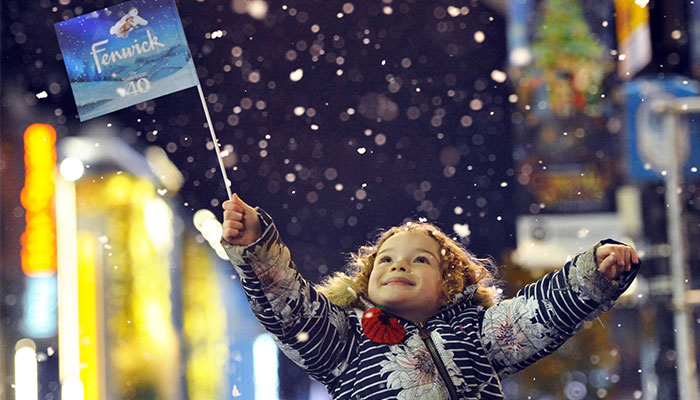 Thousands of hearts melted on Friday 2 November)as the highly-anticipated 2018 Fenwick Newcastle Christmas window was revealed as The Snowman.

As darkness descended on the city and snow started to fall from the Fenwick rooftop, huge crowds gathered for the launch of the ‘We’re Walking in the Air’ animated display. 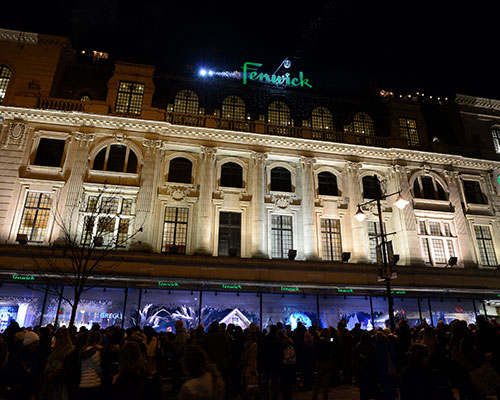 Inspired by the much-adored children’s picture book by renowned author and illustrator Raymond Briggs, which was published 40 years ago, the window was created in conjunction with Penguin Ventures, part of Penguin Random House. It tells the story of a young boy, James, who wakes at midnight to find the snowman he built that day has magically come alive. Their instant friendship takes them on a journey, first on motorcycle and then by flight together to the North Pole for a snowman party and to meet Father Christmas with his reindeer.

As they soar above in the sky, music plays out in the form of a very familiar, endearing tune. 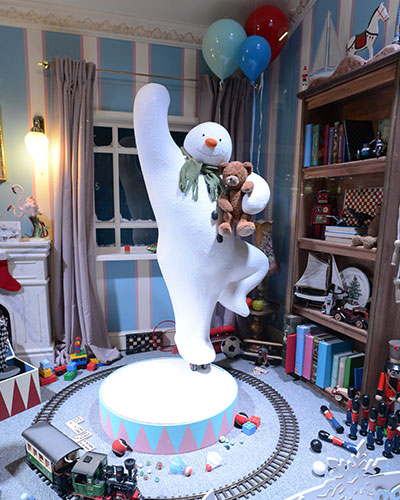 The final scene depicts the touching moment when James realises the next morning all that is left of his adventure with The Snowman is the scarf he is wearing, given to him by Father Christmas, affirming that it was not just a dream.

Carl Milton, Store Director at Fenwick Newcastle, said: “We are thrilled to unveil our magical 2018 window display on this milestone anniversary for The Snowman. Both the book and popular animated film evoke a sense of nostalgia among generations and have become a firm family favourite at this time of year. 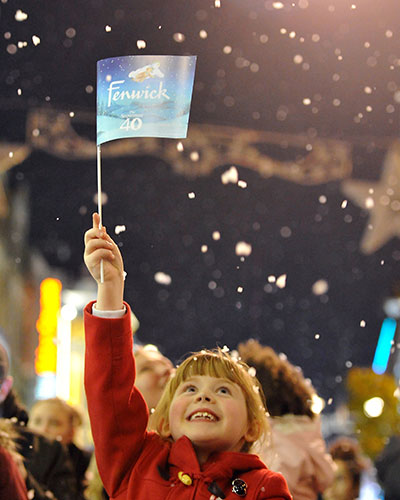 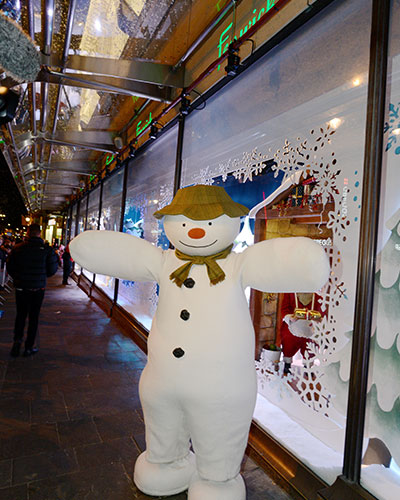 “Every year we look forward to this special occasion and building on our in-store experience, and along with our Santa on the Rooftop event, pop-up cinema and lower ground floor Christmas department, we truly hope everyone enjoys the festive season with us. Best wishes from all of the team at Fenwick Newcastle.”

Thomas Merrington, Creative Director at Penguin Ventures said: “It’s been a delight to work with Fenwick once again on their stunning Newcastle window for 2018. We are thrilled they have chosen The Snowman as their main Christmas theme across the Fenwick estate and are excited to see the reaction to the range of bespoke product that will also be launching in stores. This Christmas is promising to be a very special anniversary year for Raymond Brigg’s much-loved creation and the design team behind this stunning window have done an extraordinary job.” 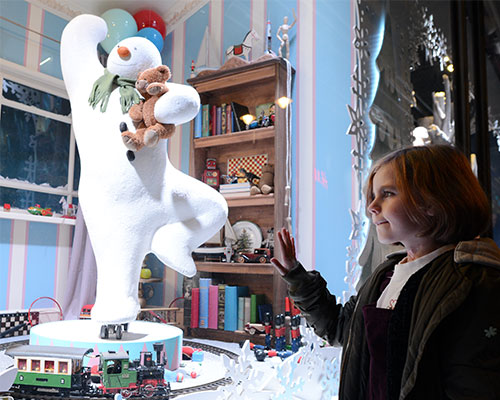 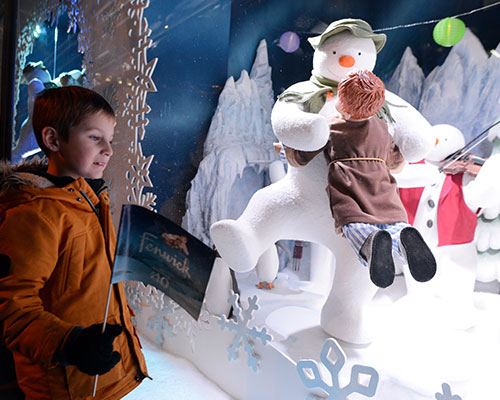