Laura de Wesselow’s life runs at a pace, juggling the day-to-day running of her family’s Belsay Estate in Northumberland. It’s a labour of love in a ‘magical, spiritual’ place, she tells Kathryn Armstrong. 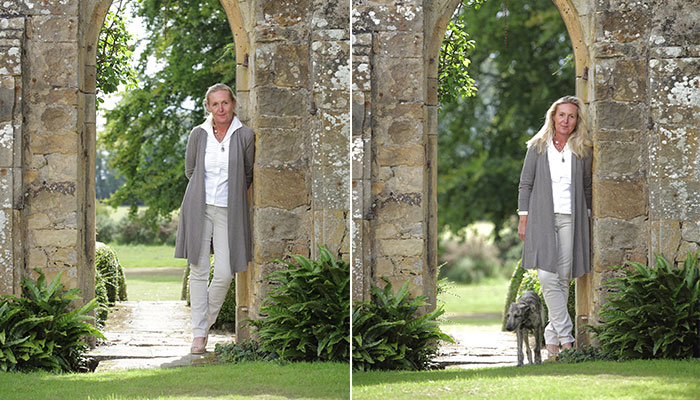 Laura de Wesselow is forced into being a woman of lists. She lives life at spin speed, albeit within the otherwise calming surroundings of the Belsay Estate in Northumberland.

We meet on a Friday morning just as the family is preparing for a holiday in Corfu.

A period of time that always presents a challenge (pool-ready pedicure also on the list for later in the day). Today the list will not only include us but has already involved an early morning ride, checking in on estate business, the day’s Pony Club fixtures and some essential pony prep on Sam.

As the family’s lurcher puppy lollops on the lawn of the de Wesselow’s handsome home (built as part of the estate in 1756), Laura is reversing a horse box into the stable yard. It will transport Sam the pony a mile or so down the road for his duties as part of Laura’s latest project, Belsay Woodland Burials.

We follow behind and then stand by as he’s harnessed up – superbly well-behaved – in preparation for an important job.

Sam will lead a wooden ‘coffin cart’ carrying a beautiful wicker casket entwined with fresh flowers to the Belsay burial site for what will be its second woodland burial; today a Quaker ceremony.

It’s a gorgeous sunny day and we watch the casket travelling gently down the country lane to be greeted by waiting mourners. It’s unhurried, elegant and comforting in its simplicity. Laura leading the way with Sam and two undertakers present.

Laura had the idea to create the woodland burial site as part of a number of projects to ensure the survival and sustenance of the Belsay Estate, which has been in her family for centuries.

Laura is the last of the Middleton family which has long owned Belsay. Her father Henry ‘Harry’ Middleton, the tenth baronet, was a page at the coronation of King George VI. With no male heir, the family title became extinct on his death and the estate was put in trust. Laura came back to run it in 2005 with husband Peter and their children Delilah, now 19, Caspar, 17 and Xanthe, 15. 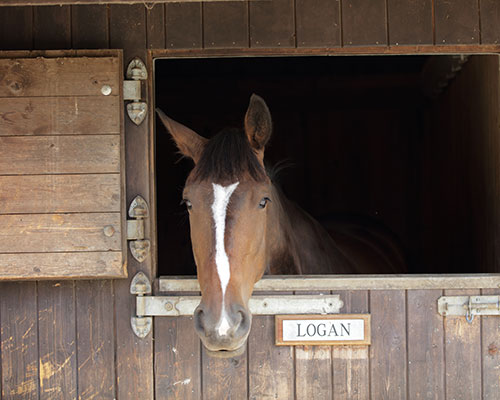 Living in London she gave up a senior role with a major PR company having worked for clients such as M&S and Ray Ban, studied to become a garden designer and found the pull of Northumberland impossible to resist.

“I always came to Belsay as a child, staying at Lake Cottage for holidays and was married here. We came back and the children have grown up here.

“I didn’t feel under pressure to come (and run the estate) but I felt drawn and that I really wanted to do it – both sides of my family are from Northumberland.”

Laura’s grandmother, Lady Sybil Grey who lived in Howick, was the daughter of Albert, 4th Earl Grey. She went on to lead the Women’s Legion in war-torn France, forming a unit of English surgeons and nurses before marrying Lambert Middleton.

Predecessors from the Middleton family had run the estate as a traditional agricultural concern.

Laura’s challenge became; “to make it a viable proposition and bring it in to the modern world – we had to look at ways of creating more commercial income streams.”

Belsay Estate is dominated by the grand hall, gardens, parkland and the ancient castle.

Belsay Hall is run under the guardianship of English Heritage and the parkland within a charitable trust. One of the first tasks for Laura, who is passionate about horses, was the establishment of the Belsay Horse Trials five years ago.

The estate had suitable heritage. The Middleton family’s 800-year history included breeding and training racehorses in the 18th and 19th centuries. 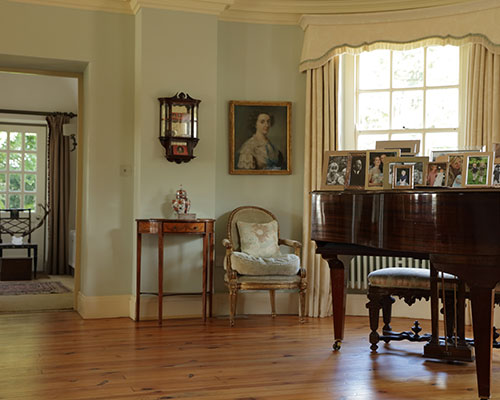 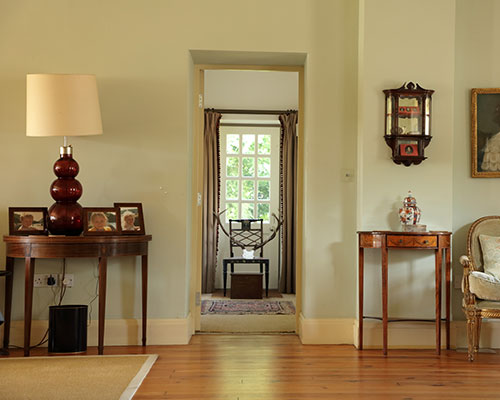 “My passion is for horses and Belsay – and to show off the parkland which is Grade I listed. It has charitable status and we’ve got to show it to the public – the horse trials are when we show it off and the event gives us a focus in terms of restoration such as tree planting and the new stallion stables. The event has a lovely feel to it – we work really hard all year so it feels like a party.

“People will come and see the hall and gardens but they don’t often see the parkland so it’s lovely that they can. I adore doing the project because it combines my passions – and it involves local businesses – corporates from Newcastle or smaller people bringing a trade stall or food outlet – the wider community that we enjoy getting involved in.”

Laura loves the sense of community the Belsay Estate has, notable compared to  her past life in the south,

“Northumberland and the North East are unique and so integrated. It doesn’t matter what your background is as long as you are a genuine person.

“Business people, financial, entrepreneurs are all in the mix – you don’t get that in the south. Up here people are very connected through country sports or the local cricket club”, says Laura.

Her role within the estate is essentially of project management – from the woodland burials to never-ending maintenance – she rides her horses around the grounds checking fences, gateways and buildings.

She’s the go-to for issues concerning the renovation of buildings on the estate –  from planning applications to organising  the cascade of contractors who might be needed to complete work.

This isn’t an estate with the luxury of its own team of maintenance staff for the many cottages, farms and village houses.

“It is project management on a huge scale”, jokes Laura. “I have a butterfly mind; dealing with the mundane, but then with things that can seriously impact the estate – septic tanks and neighbour disputes!

“Then there are the calls from historians or, bizarrely, from people with strange requests – such as challenging themselves to swim in water connected to castles!

“There’s always a little drama but that’s the colour of any rural community.” 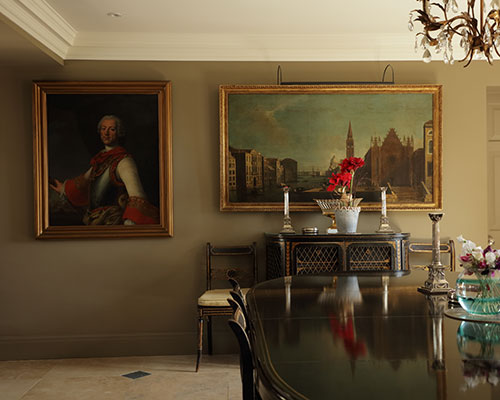 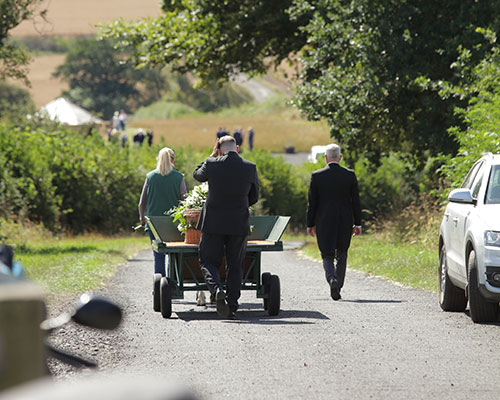 Laura admits that the woodland burials create a sense of calm in an otherwise frenzied world.

“It is quite therapeutic”, she says, “I live life at a fast pace but as soon as someone comes to the office to talk about a woodland burial you stop, listen and forget everything else. We’ve got time, there’s no hurry.

“A lot of people come to Belsay and have a real connection with it. About six years ago I started looking into eco burials and woodland funerals.

“We’re close to the city and you have to harness that. I thought, we shouldn’t build a lot of holiday yurts but should build something that connects people.

“I firmly believe that there is a special spirit about Belsay – you get that when you walk through the hall, the Quarry Gardens and to the castle. It is slightly magical, definitely spiritual – connecting disconnected worlds – Victorian, medieval – and I think that there’s something very special about it.

“It has been fascinating doing it – if you’d said to my first boss 25 years ago that Laura’s going to be working with bereaved people – she probably would have
laughed, so would I, but I think there has been a real sea-change in the way we deal with grief.

“I lost my parents when I was 28. When I was a child death wasn’t talked about, children didn’t go to funerals. If a grown up died they had just gone to heaven – no-one told you why.

“Everything is changing and the whole woodland burial movement is part of that. We are challenging traditional – the Victorian ways of treating death. One of the things I really enjoy now is letting people come in and tell you their story.”

Whether Laura’s own children will continue to work within the estate remains to be seen. Eldest daughter heads to Edinburgh University this month, Caspar (who writes the NUFC fans’ blog, Toon Times), is at Eton and youngest Xanthe is at school in York, and competing at the highest level in Pony Club trials.

“We’re in a position where my husband and I believe in equality and that primogeniture is not a great thing.

“The children can be involved but might split it between them – it will be a question of finding out who is the best fit for it.”