Newcastle-born photographer, Chris Moore, is king of the catwalk having had a lens on the world’s fashion runways for more than six decades. His iconic work is the subject of the CATWALKING exhibition at Bowes Museum which launches in July... 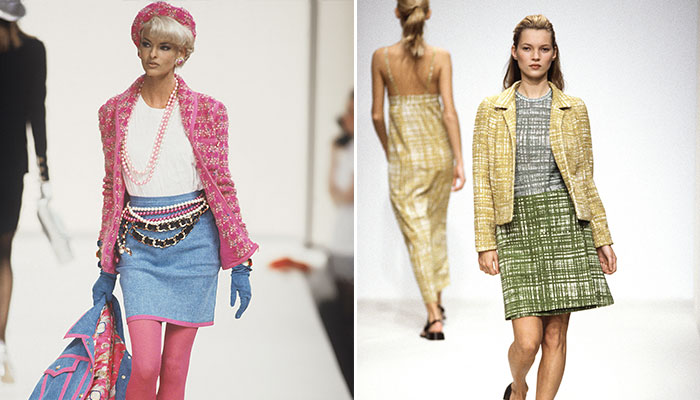 I was only four years-old when we left Newcastle… My parents left during the Great Recession in the late 1930s and the hope was that work would be easier to come by in London and the south. Many others were leaving for the same reason and, as immigrants do everywhere, past and present, Geordies stuck together and helped each other. The accent was all around me and much of the crack was about friends and places back home. It is a fascinating thing, that we moved south and Newcastle came with us. I remember the train journeys back to Newcastle and the anticipation and excitement from those heading the same way visiting family and friends. As a child, it was really noticeable that as we got closer the people became quieter and I would even see some tearful faces as they looked out over their home city. I think these memories are why I too get a lump in my throat as the train pulls in along the view of the Tyne Bridge. 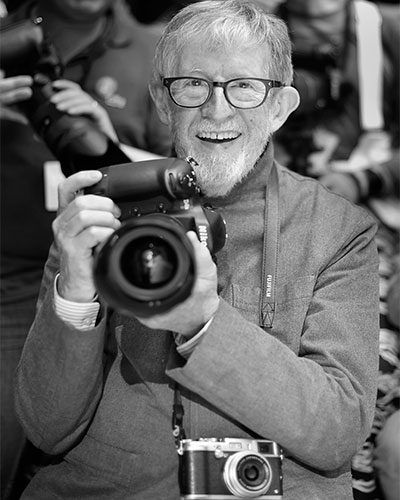 My love of photography… started with my sister’s Leica camera at the age of 12. I didn’t understand that it was such an iconic or expensive camera at the time. She was older and always really good to me. She let me handle it and I enjoyed the magic of watching pictures slowly appear in the wet baths in the darkroom.

My mother was born in Hexham… and my sister moved back in the 1950s. I would visit her and feel very much at home. The saying that “places are people” rings true to me; the people in the Allen Valleys, where I have a home now, are the reason why I am there and have been for decades. Work keeps one foot in London, but I am now in the north at least as much as the south and I have taken my archive there so that I can balance the work over both places.

Photography and catwalks have changed a lot… In the beginning, presentations were small, intimate affairs – rather like going to someone else’s house for a birthday party or even, at times, a funeral tea! There was very little structure as to where you could wander or what you could photograph. The biggest change has been in the size of the productions. The typical handful of people at an event has turned into hundreds – even thousands – and the necessary marshalling of them means that everyone now has a label around their neck or wrist. That label tells you where you can and can’t go, what to do and what not to do. I miss the freedom; it’s made it harder to find an angle and produce work different from everyone else.

The decade of the supermodel was the 1990s… Before this, the models were mostly known only within the fashion business, unless you happened to be making the ‘people pages’ with a celebrity boyfriend, like Jerry Hall or Marie Helvin. In the 1990s, designers like Gianni Versace and Karl Lagerfeld recognised the need to have the higher paid advertising models walk their catwalks – it got them better editorial coverage in magazines and the newspapers couldn’t get enough of it. If Kate Moss, or Naomi Campbell, opened your show you were almost guaranteed tomorrow’s headlines.

You usually know when you’ve got ‘the shot’… The curious thing is that often you think, ‘No! that’s all been hopeless!’ But the fates have aligned and the shoot turns out better than you think. I’m a great believer in relying on instinct and not overthinking the technical stuff – it frees you up to consider the subject, which, in my case, is always on the move.

The catwalk was really exciting between the arrival of John Galliano in Paris, around 1990 and before the departure of Helmut Lang in the mid-millennium… That spans about 15 years, roughly speaking. I’m, of course, not saying there isn’t anything good or great going on now, it’s just that the sheer pace of things during that time was quite incredible. It was a time of many debuts, like Alexander McQueen in London and Tom Ford at Gucci. Christian Lacroix, Karl Lagerfeld and John Galliano were making couture relevant again and money seemed so plentiful to make productions bigger and slicker than ever before.

Digitalisation has made the day longer!

The expectation for fast and immediate means nothing can get left over until tomorrow. In Paris or Milan, we all used to be able to relax over an evening meal while the film was pushed through the lab. Now, we are all rushing around and meeting deadlines instead.

I am not usually standing in the limelight…

Receiving the Special Recognition Award at the British Fashion Awards was a proud moment. It was very nice that my award was introduced by Suzy Menkes, whom I worked alongside for 25 years at the International Herald Tribune. The other photographers were amused to see me arrive on the red carpet in my tuxedo – it gave them a bit of a thrill to see one of their own on the other side of the barrier!

My favourite image is a tough call…

but I think it has to be Catherine Deneuve congratulating Yves Saint Laurent backstage in 1992 at Paris Couture.

I love being outdoors in my garden…

but because of the long trips abroad I seem to have to do a disproportionate amount of weeding! My love of Instagram means I now record more personal moments and I share them quite spontaneously with friends with my smartphone.

People who don’t mind staying out of the mainstream – without them nothing would change.

My life is is not exactly normal…

I do witness wonderful things at incredible places and it’s been going on for some time now. I was recently telling someone about the time when Elsa Martinelli taught me to eat spaghetti in Sicily during a Henry Clarke fashion shoot in the 50s and they said ‘Wow! Not everyone can say that’ and I thought, well no, I suppose not!

I’m a touch underdressed, rather than overdressed…

Bowes Museum curator, Joanna Hashagen, was inspired to put on the exhibition after seeing my recent book Catwalking…

The book is, of course, picture-led, but it has a great account of the history of the catwalk as it unfolded during the time of my career. It was written by Alexander Fury from a series of interviews and conversations with me. The Bowes Museum has taken it a step further and brought together a number of garment loans from the great fashion houses. It’s an interesting idea that the clothes will be illustrating pictures that originally illustrated the clothes and it’s a terrific achievement to have brought so many huge fashion brands together for a single exhibition.