There’s more to Vienna than coffee cake and a spot of waltzing. Josh Sims finds a stylish city where you can still find echoes of the Third Man. 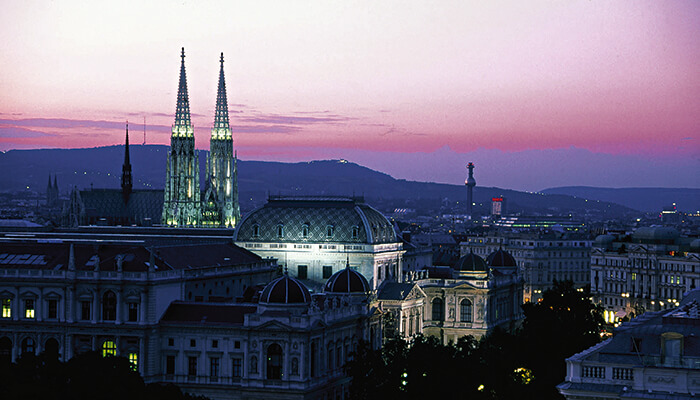 There was a time when representatives of Russian interests, visiting Vienna, would automatically check in at the Imperial Hotel. When the British went, they stayed at the Bristol, the Americans at the Sacher. These are the grand hotels of old Vienna.

Today big business, together with the growing number of tourists, are as likely to make for The Ring Hotel or one of the new generation of chic boutique hotels that are opening to cater to rising interest in the old power centre of the Austo-Hungarian empire – and its developing role as the ideal staging post between western and eastern Europe.

It is telling that, while Vienna’s walkable city centre may be a UNESCO world heritage site, boosting its magnetism to tourists, that is a label it is trying to ditch in order to allow the first building of structures of over five storeys in over half a century.

The tourists may be drawn to the grand late 19th century architecture (outside of the centre known locally as ‘mish mash’ because the grandeur is a literal wwfacade for blocks of tiny, one room apartments), museums such as The Leopold, with its world-leading collection of works by Schiele and Klimt, or the inventive MAK Design Museum; they may find the trams picturesque, that the famed coffee and cake puts paid to any good intentions, that the Wiener Schnitzels are the size of your plate and that a visit to the city cemetery, where Beethoven, Brahms, Strauss and Schubert are buried alongside one another, offers more drama than many towns can muster among the living. 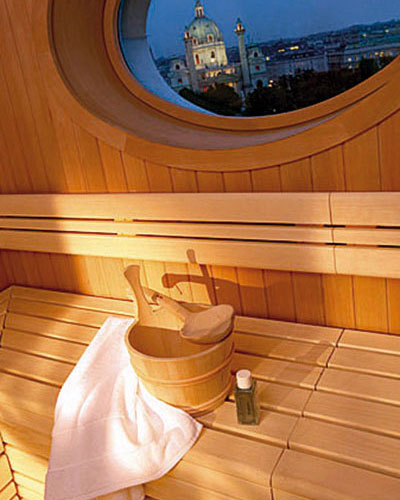 But business is demanding that the city modernise. This year might be a good time to catch it before it changes too much. 1949 saw the release of a film that, while it still plays in a cinema in the city three times a week, has never been regarded highly by the Viennese, it being too painful a portrayal of their less salubrious past than this proud (verging on downright haughty) people care to indulge in.

The film was The Third Man, recently voted by the BFI as the greatest British film of all time, Graham Greene’s story of deadly black marketeering in post-war Vienna – back when the city was, like Berlin, divided into zones, one each controlled by the Russians, British, Americans and French, each of whom was based in those aforementioned hotels.

That, as the film’s opening has it, was after “the old Vienna before the war, with its Strauss music, its glamour and easy charm”, the Vienna which in recent years has resurfaced.

Certainly, Carol Reed’s film – which everyone should see, and which everyone should see before a first visit to Vienna – still proves a crash course in the most turbulent chapter in the city’s recent history. Indeed, while the sewer system and underground river where the film’s climax is shot is sadly no longer open to the public, no visit to Vienna is complete without a few hours at The Third Man Museum.

Few Viennese will be able to direct you – only one in ten of its visitors are locals. But this cinematic homage is astounding not only for its being the consequence of one man’s obsession – that of historian, founder and owner Gerhard Strassgschwandtner – but for the way its archive materials gives a snapshot of both a romantic, hugely evocative Vienna that its cobbled streets increasingly only hint at, but also an insight of how Vienna came to be as it is today.

It is in a process of healing the psychic if not physical divisions that separate its old and new outlooks – on the one side the historic burden of being a people that, despite being accorded the official status of the ‘first victim’ of Nazi expansion, welcomed Hitler, and which even now has been reluctant to return to their rightful owners art and other treasures effectively stolen from persecuted peoples during wartime; and on the other side being driven by a vibrant young, progressive generation – embodying, as it were, the mentality of a new Wiener Werkstatte – that wants to right wrongs and take the city forward.

The new Vienna is one of its pretty Ball Season and accordion festivals, its OsterKlang festival and Sunday concerts at the Liechtenstein Museum, or the modern designers and artists of the Museums Quartier. But when you take a ride on the Prater Wheel – the ferris wheel featured in one of The Third Man’s most famous scenes – it is, all the same, pleasing to feel the old Vienna, one that is gloomier, seedier, grittier that the superficialities suggest, has not gone completely.