Perhaps not the obvious choice for a weekend break... but give this Norwegian city a second thought and you’ll be smitten reckons Peter Jackson 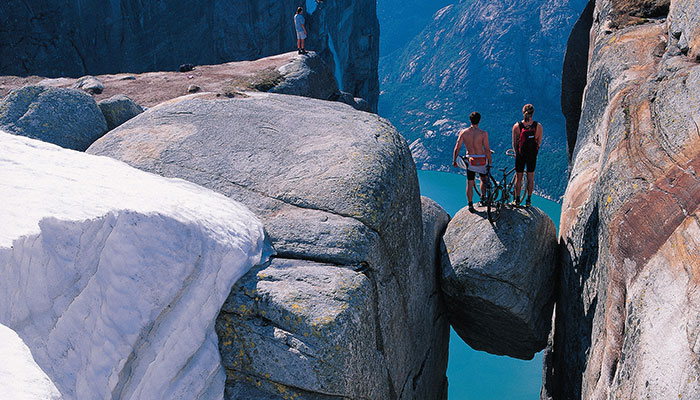 To be perfectly honest, I wasn’t looking forward to a long weekend in Stavanger. Don’t get me wrong, this wasn’t through any unreasoned prejudice against the Norwegians, or a fear of flying, the plain fact was – I had been before.

It had been about 12 years ago on a disastrously organised trip which entailed days on a ferry and only about 24 hours in the city itself, on which I had done little preparatory research and in which I was accompanied by a bored six-year-old.

So, when my wife and I got off the plane at Stavanger Airport one Friday morning in early June, I thought: “Ho hum, here we go, back to all the old haunts – such as the Fish Canning Museum.’’

In fact, this trip was so different – we were better organised, had more time to see Stavanger and the surrounding area and both fell in love with the place. This was despite slate grey skies, wind and occasional rain.

Stavanger – Norway’s third largest city – is charming, a blend of narrow old streets, sensitive modernisation, sympathetic new-build and populated by welcoming, polite people who all seem to speak English to a standard that John Prescott could only dream of. And, like everywhere we saw in Norway, it is clean, and I don’t mean clean in a cold, sterile sense but with a bright, refreshing clarity of air and water and atmosphere that will lift the spirits, whatever the weather.

Also, being the offshore oil capital of Norway, if not Europe, it is no provincial backwater, but has a gently cosmopolitan, though relaxed air about it.

This oil connection means that the city boasts an oil museum. “Here we go,’’ I thought, as we entered, “shades of the Fish Canning Museum’’.

In fact the oil museum is vast and everything a museum should be: interesting, interactive, varied, spacious, obviously richly endowed and free from reverential whispering. Having said that, it did leave me none the wiser on some fundamentals.

As I said to my wife on exiting: “I still don’t understand what oil is or how they actually extract it from under the seabed.’’ Nor did she.

The important thing to note about Stavanger is, that it will never be a ‘city break’ destination, in the sense of say Prague, Budapest or Barcelona.

Yes, it is charming and, as a New Yorker might put it: “What’s not to like?’’ But you have really seen what there is to see, in the city, in little more than a day. There are no grand palaces, no café culture, no famous art museums or world renowned architecture. 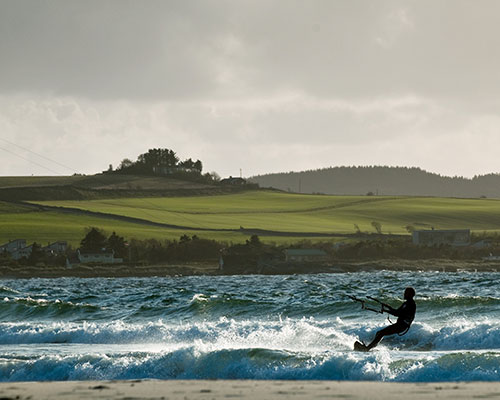 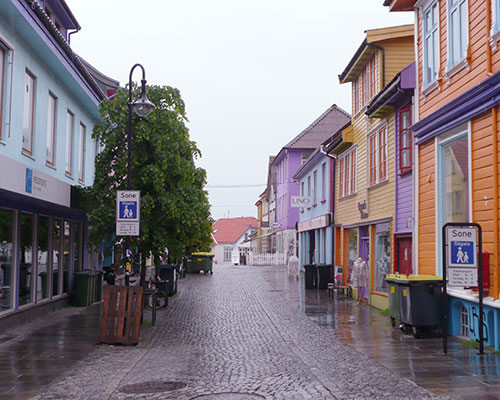 But it is situated on one of the most beautiful coasts on earth with a hinterland of glorious country which Norway’s tiny 4.8 million population has done practically nothing to spoil.

On our second day we took a ferry from Stavanger for a half-hour trip to Tau, from where a bus took us along a scenic coast road to Pulpit Rock Lodge.

Pulpit Rock, one of the most visited attractions in Norway, is – and no surprises here – a pulpit shaped rock overhanging the gorgeous Lysefjord. From the Lodge to the top of the rock is a two hour trek through forest, meadow and heathland, past tranquil lakes and giant cliffs and boulders which speak of trolls and Nordic saga. For any keen walker, it is a delight.

The Stavanger region is a walker’s paradise, with a network of trails taking in a huge variety of scenery over untouched mountain areas but also, I’m assured, with shorter gentle paths for the less adventurous and energetic.

From Stavanger it is possible to walk around Mosvannet Lake and Valandsskogen forest, a 3km stroll on which, if you’re that way inclined, you can watch no fewer than 140 bird species.

It’s also a great centre for cycling, Stavanger being on the North Sea Cycle route, and bikes are freely available for hire.

One unmissable activity is to take the cruise up Lysefjord to see Pulpit Rock from below. The cruise, operated by Rodne Ford Cruise, leaves from Stavanger, and takes in not just Lysefjord but also, en route, Hogsfjord and spectacular scenery with a backdrop of imposing snow-capped mountains and, in the foreground, gentle meadows running down to the very edge of the crystal clear aquamarine water.

Naturally, all this sea air works up an appetite and, happily the food we sampled was excellent, with fresh seafood and hearty steaks much in evidence.

But – and this is a big but – there is an elephant in the room as far as Norway goes, and that elephant will set you back three times as much as a comparable elephant at home.

Norway is expensive. No, Norway is outrageously expensive. As a rule of thumb prices are two to three times higher than in the UK. We had dinner in one of the more reasonably priced restaurants, and one starter, two burgers and a bottle of wine cost around £100. Two takeaway hotdogs cost £7; a beer is £7; and you won’t see any change out of £35 for a bottle of house wine.