MATFEN HALL HOLDS THE KEY TO YOUR HEART

Matfen Hall is bringing a touch of Paris to the North East thanks to its new ‘love lock’ bridge. 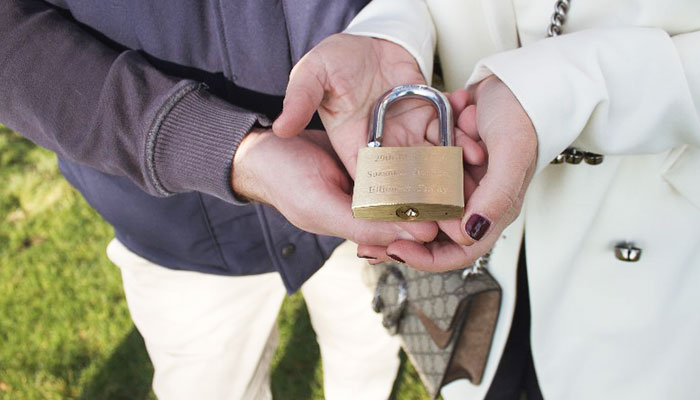 Inspired by the famous Pont Des Arts lock bridge in Paris, couples who have had their special day at Matfen are being invited back to the place they said ‘I do’ to place their own engraved lock on the historic bridge in the picturesque hotel grounds.

Having recently unveiled a £250,000 refurbishment to its wedding spaces, Matfen Hall chose to celebrate the beginning of its next chapter by inviting the first couple to get married at the venue to officially open the bridge.

Suzanne and Stephen Jackson were married at Matfen Hall in 1999. Almost 20 years later, they returned with their two sons, Elliott and Finlay, to celebrate their love and time together so far by placing their own specially engraved lock.

The couple’s wedding ceremony took place in a marquee in the grounds of Matfen Hall, where 200 guests danced into the night to a backdrop of fireworks and ice sculptures.

Suzanne says: “As a family we’ve always had close links to Matfen Hall, my father played golf here and was close with the owner, Sir Hugh Blackett. Because of their ties to the venue it made Matfen Hall the perfect choice to hold our wedding.

“Since our wedding day we often visit the hotel, and it’s lovely to know that whenever we do we can see our lock on the bridge and be reminded of our special day.”

Meanwhile owner of Matfen Estates, Sir Hugh Blackett and his wife of almost 36 years, Lady Anna Blackett have also placed their own padlock on the bridge. 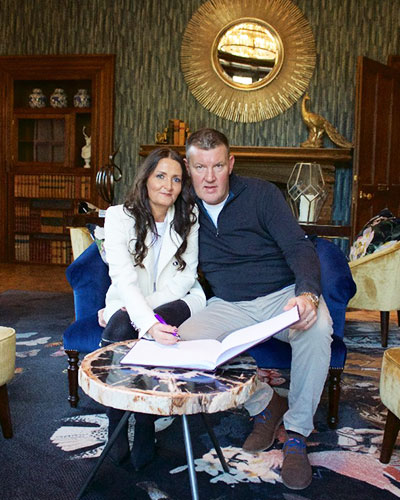 Lady Blackett says: “Although we didn’t get married at Matfen, we thought this was a really lovely idea for couples to come back and do something to remember their wedding day.

“I’ve seen love locks all over the world and it’s something that I think will capture the imagination of people who chose to get married here.” 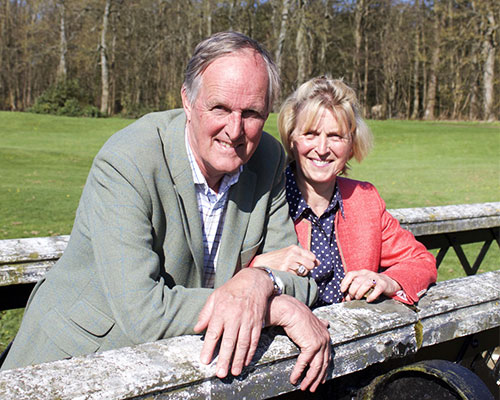 Victoria Paterson, wedding and events manager at Matfen Hall, said: “We’re very much a family venue and often find that couples who get married here often return on their anniversaries, or bring their own children back to be part of their story.

“We wanted to do something special for anyone who has been married at Matfen Hall, and for future couples who choose us as their wedding venue.

“Adding a lock to the bridge is a special way of celebrating your love and time together, while moving forward into your next chapter as a couple.”

Couples interested in placing their engraved lock on the bridge can reminisce about their wedding day in one of the hotel’s premier rooms, with afternoon tea and dinner in the on-site two AA rosette restaurant, a full Northumbrian breakfast, chocolates, and full use of the spa facilities.