F1 Grand Prix engineer Rob Smedley hosts a charity dinner in June in memory of his dad Robin who died from the lung disease mesothelioma. Rob tells Kathryn Armstrong why the cause is so important to him.

It’s the day before Good Friday and Rob Smedley is having a rare bit of downtime with his wife Lucy and boys Frankie, nine and Felix, six.

He checks in from Perth, Australia where he is staying with family and is looking forward to a Good Friday spent in the sunshine and surf of their local beaches.

Rob has touched down in the city from the first F1 Grand Prix of the season in Melbourne.

Next stop will be Bahrain and then it’s on to

China for Rob, who is head of performance and engineering with the F1 Williams team.

Rob, from Normanby, Middlesbrough, is highly respected in the F1 world where he became well-known for his partnership with Felipe Massa when they were with Ferrari. Now he is supporting the Williams team with drivers Lance Stroll and Sergey Sirotkin as another F1 season gets underway.

The racing paddock is where Rob calls home and it is a place he often shared with his dad Robin who was proud as punch of his son’s career achievements.

“Dad was a bit of a celebrity in the paddock”, laughs Rob.

“He was much loved and we were really good mates, everyone said that.” 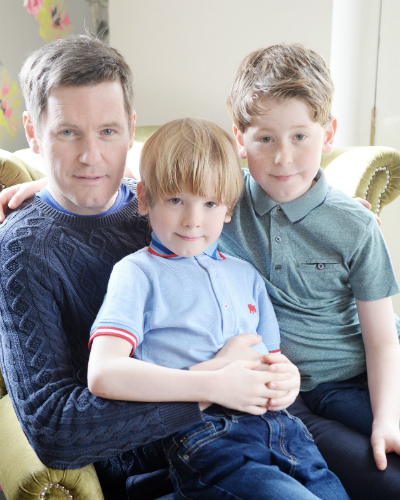 Robin, who had been fit and healthy into his 70s, frequently joined Rob on the F1 circuit. He died in summer 2017 after being diagnosed with the lung cancer, mesothelioma in 2015. The disease is directly related to asbestos and rates are high in the North East because of the region’s heritage of heavy industry.

This was true for Robin as Rob explains; “My dad was an apprentice at ICI on Teesside in the 60s when he was little more than a kid.

“There wasn’t the knowledge then about asbestos in the workplace and how lethal it is.

“Dad was diagnosed in 2015 – we had been together in Barcelona for the Grand Prix. He was saying he was breathless and I said he should get himself checked when he got home.

“The diagnosis was mesothelioma and that was earth-shattering”, remembers Rob.

The condition which affects the lining of the lungs is incurable and generally treated in the first instance with chemotherapy.

As Robin’s condition worsened, the family looked at the options for immunotherapy treatment, but he became too sick to try this.

“Immunotherapy can stabilise the disease at an early stage and prolong life, in some cases adding ten years”, says Rob.

“But the reality is that it costs hundreds of thousands of pounds for a course of treatment which a patient has to pay for – it should be free.

“This is a really aggressive form of cancer and unfortunately it is one of those cancers that doesn’t  get the funding. Research funding just isn’t there. I know of people doing their research, trying to make a difference – but there is a lack of awareness even though this has significant impact on the health of people – especially in the North East.”

Rob is hosting a Grand Prix dinner at Ramside Hall in June to raise funds for charities involved in research, support and awareness for mesothelioma.

He will take part in a Q&A for fans and offer ‘money can’t buy’ F1 memorabilia and experiences which are likely to draw interest from fans from afar. 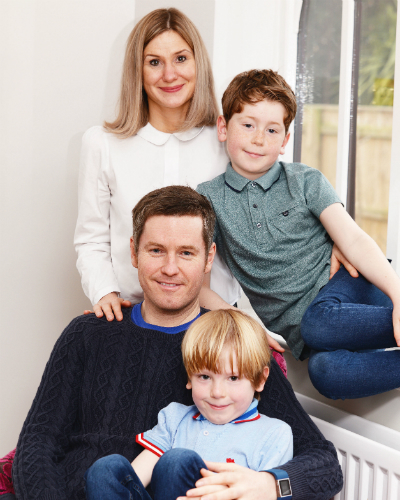 After diagnosis, Rob’s parent’s felt very lost and alone and contacted Mesothelioma UK, a national charity dedicated to improving the care of people with the disease.

Mesothelioma affects approximately 2,700 people in the UK each year. There is no cure and limited options for treatment. The Smedley family realised how little research there is regarding this type of cancer within the UK, with people often thinking “It’s a dying cancer and it won’t happen to me.” Mesothelioma receives little funding compared to other cancers and the family became aware that research is so desperately needed.

Samantha Cox, from Newton Aycliffe, learnt about the devastating effect of these diseases first-hand when her father was diagnosed with Mesothelioma. She founded PRASAG in memory of her father to provide support and awareness for people affected by asbestos-related diseases and their families across the North East of England.

Rob hopes the dinner will raise valuable funds for more services in the region; “I know there are F1 fans out there who would love the ‘money can’t buy’ experiences we will be auctioning so I hope they will support this cause.

“This is a cancer left behind – and that is a disgrace.”