IN CONVERSATION WITH… MARTI PELLOW

Rockliffe Hall’s next glittering marquee event will welcome lead Wet Wet Wet singer, Marti Pellow, to the stage. The black tie gala evening hosted by Smooth Radio, will be held in aid of three charities including the Graham Wylie Foundation, the Alan Shearer Foundation and Global’s Make Some Noise. 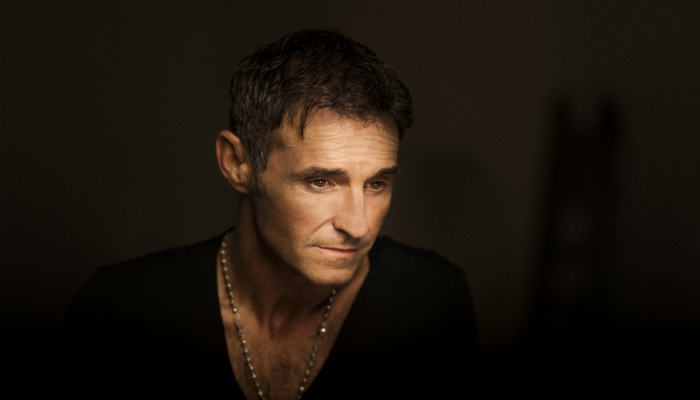 Elysia Agnew catches up with the ‘Love Is All Around’ singer about his most memorable music moments, his future plans and his luxe things in life…

It’s got to be the big events like the Nelson Mandela concert – where you have a  bunch of musicians coming together to do something for a great cause. Those moments are really special for us musicians. They spin our job on its head and make something really personal. You get to see first-hand how music can have a knock  on effect.

It’s great when music can be used as a tool. Music is powerful – you can see the good that comes out of it. As musicians, we make songs that people can tap into as a backdrop for real life.

I don’t think there’s one song that’s pivotal for me. If a piece of music touches you,  then hopefully other people can subscribe to that. My go-to song is one that is going to get everybody emotionally engaged, and that just depends on the event or occasion. I’m not a performer who follows a set list, it’s about being in the moment and reading the audience. Sometimes its an audience you can educate, sometime it’s an audience just up for a good time. That’s the sort of thing I’ll be doing at Rockliffe this summer – people having a good time, playing songs we’re all familiar with.

I’ve got a foot in a lot of different genres at the moment. As we speak I’m in the studio with a bunch of Moroccan musicians, working on a project together. It’s a fusion between the rhythms of both Celtic and African music, which is actually very similar in instrumentation. I guess, as a writer, you find yourself in different places all  of the time. It’s just about enjoying and making the most of new opportunities.

I never really saw the whole Broadway and West End thing coming. It’s great when you get to work with other people like Tim Rice or Andrew Lloyd Webber – they’ll say, you know what Marti, you can do that.

At first, there’s a bit of fear because you’ve had to come out of your comfort zone, but you’re part of a team so you push yourself and take risks.

The positives of stage work are that you’re always learning and you’re part of a team – you’re growing as an artist. The negative side is that you’re on the road for eight months at a time, doing eight shows a week; but at least you’re working and you’re doing something that you have a passion for.

Thirty seconds before you open on Broadway you think, “was this the right decision”… and then the curtain goes up, you go on stage, a stream of conscious happens and away you go.

It’s very much like a pendulum. You have highs and you have lows. I think, when you have a career that spans decades, what you want and what you need constantly changes. What you want as an artist at 19 is completely different to what you get when you enter your fifties.

It’s about being cool with yourself. As soon as you get to the top of the charts – it’s right what they say – the only way is to go down. Be cool with that. Give somebody else a shot. I think for me, it’s all about being able to try different things and still have a love, passion and enthusiasm for what you do.

Now life is all about >>

At the start of my career it was all about being top of the pops and accomplishing those things you sit in your bedroom and dream about as a child. As I get older, I’m  a wee bit more focused on where my strengths lie. Life unfolds and you’ve got  to engage in it, enjoy it and grow. Wow… I sounded like I knew what I was talking about there… scary!

It’s different every day, and that’s a blessing for me. I could be away working in America doing something with the Stevie Wonder people; and then I’ll jump on a plane to do a couple of months of panto. I’ve not got a big plan. I use my experiences as a vehicle to write new songs.

I could be working with Andrew Lloyd Webber, and then next I’m working and writing with Al Green – it’s surreal. I just like to go and make music and hang with people who inspire me. If it floats my boat, I’ll go and do it – why not.

My idea of a good day is doing a bit of cooking and having some friends over  for dinner. Arguing about which ice cream is the best. Is it Häagen-Dazs? Is it Ben & Jerry’s? Those great unanswered questions – just hanging out with friends and watching TV – it’s important to have that time.

Music you listen to now >>

I listen to practically anything. It’s a difficult one though, because when you spend a lot of time working with sound, when you get some downtime, the first thing I want to do is just turn the radio off to be honest. But I do enjoy musical theatre and all the mainstream artists of today.