Diaries at the ready! See in the new month with our pick of cultural highlights in the North East...

Join the English Rock and Roll Orchestra this March for the 60th anniversary show of Buddy Holly & The Crickets. Buddy’s only ever visit to our shores came with a 25 venue back-to-back tour of England in 1958. To celebrate the anniversary of the tour, the UK’s first and best-loved Buddy Holly act, Buddy Holly & The Cricketers will revisit some of the same venues on the same dates 60 years later. The brilliant tribute band have thrilled audiences all of the world for more than a quarter of a century, and they’re here at ARC Stockton to share their talents with the people of the North East.

Join the Rockliffe spa team for the relaunch of the ultimate in anti-ageing skincare. The Premier Cru by Caudalie event is a fun and informative session that promises to be an enjoyable and inspirational time spent with friends. Discover where Caudalie was born using innovative technology and learn all about the new Premier Cru product. A real treat of an afternoon in the Rockliffe Suite complete with a champagne reception, two-course buffet lunch and exciting demonstrations.

Sting’s personal, political and passionate musical comes home to Newcastle this March. Originally inspired by the singer’s 1991 album ‘The Soul Cages’ and his own childhood experiences, The Last Ship tells the epic tale of community amid the demise of the shipbuilding industry in Wallsend, with the closure of the town’s shipyard. Returning home from half a lifetime at sea, Gideon Fletcher finds his hometown in a state of chaos. The yard is closing and no one knows what will comment. Check in for an evening of thrilling theatre at Northern Stage and see if the community can work together in the face of the gathering storm.

Give your mum to the afternoon tea treatment this Mother’s Day weekend at Wynyard Hall. Because who doesn’t love fluffy scones, finger sandwiches and sweet treats? Admire the splendour of the hall with someone special and tuck in for a fabulous feast for all the senses. Choose from an impressive loose leaf menu or mark the celebration with a glass of fizz. Gentleman’s and children’s options are also available.

Get ABBA fever this Mother’s Day as the sunniest, smash-hit musical movie arrives on the Tyneside Cinema screen. Treat mum to a sumptuous afternoon tea alongside a screening of the ultimate story of love, friendship and identity. This event comes complete with fizz, home-cooked treats, scones and Oscar-winning sandwiches. What’s not to love?

Saltburn Farmers’ Market returns for 2018. Bringing the North East and North Yorkshire’s finest independent food suppliers together in the heart of the town, it’s the go-to event for all things local and delicious. Visitors will find stall after stall bursting with the best local food, drink and artworks – all in the stunning setting of the Saltburn seaside. It’s a fantastic, family day out, particularly for foodies. Go here with the intention of filling your baskets with tonnes of the good stuff! Combining our love of food with our love of the North East. What’s not to love?

Ballet British Columbia will be gliding onto the stage at the Theatre Royal this March with three breathtaking performances. 16 + a room, by artistic director, Emily Molnar, is an explosive, fast-paced choreography that pushes the dances to their athletic and technical limits. Solo Echo by Sadler’s Wells Associate Artist and former Ballet BC dancer, Crystal Pite, is a powerful romantic work, shimmering in snowfall. Finally, Tel Aviv-based choreographer, Sharon Eyal, who has worked with Gai Behar to create Bill, a daring piece of raw beauty that showcases the dancers’ extraordinary skill in a fantastic finale. A must-see theatre showcase this month! 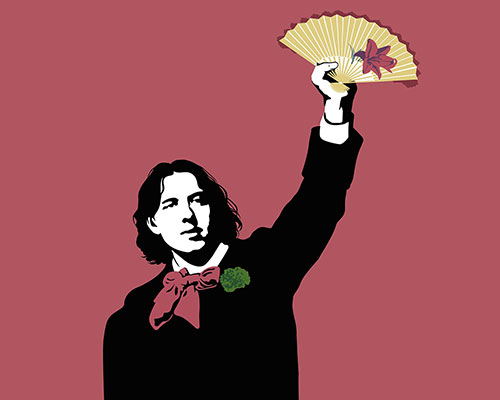 Head to The Princess Alexandra Auditorium at Yarm School this March for a new production of Oscar Wilde’s social comedy, Lady Windermere’s Fan. This witty play will be broadcast live from the Vaudeville Theatre in London’s West End as part of the Oscar Wilde Season – a year long celebration of the brilliant Victorian playwright. Director Kathy Burke brings together a talented comedic cast telling the tale of Lady Windermere’s busted birthday party. Lord Darlington plants a seed of suspicion. Is her husband having an affair? And will the other woman really attend the party? This must-see screening of Kathy Burke’s play explores the ambiguity of upper class morality and the fragile position of women in a late Victorian society.

Check out the live National Theatre screening of Julius Caesar this March at Durham’s Gala Theatre and Cinema. People pour out of their homes in celebration as Caesar returns to Rome. Alarmed by the autocrat’s popularity, the educated élite conspire to bring him down. After his assassination, civil war erupts on the streets of the capital. A must-see screening, broadcast live from The Bridge Theatre in London.

Be inspired by the Queen Victoria In Paris exhibition at Bowes Museum – launching this March. Showcasing watercolours from The Royal Collection, this exhibition brings together 51 paintings created for and by Queen Victoria to remember the events on her France visit in 1855. The visit marked a turning point in Anglo-French relations, strained since the defeat of Napoleon I at Waterloo 40 years earlier. The watercolours on display capture this unique moment in British and French history.