Feeling need for some adventure in 2018?  Let Special Forces and Military Cross hero Steve Heaney be your guide – literally taking you to unchartered territory to test endurance to the extreme. 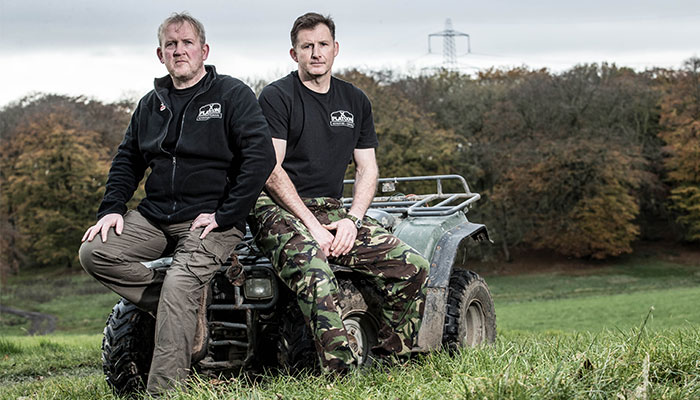 Adventurous souls like of Bear Grylls and Ray Mears may have corned ‘adventure and exploration’ on our TV screens but Teessider Steve Heaney is the real deal.

A Military Cross, covert special forces operations, more near-death experiences than he cares to remember. Just a hint of his perilous life to date. He’s written it all down in two best-selling books and a film of one is in production in Hollywood (the name Tom Hardy is being bandied about).

Steve has teamed up with lifelong friend Andrew Gallagher, a music business executive whose life has plenty of hairy moments of a different kind, to set up X Platoon.

While Steve brings an elite training and special forces survival background to the business, Andrew adds a bit of showbiz – and together they promise to take willing participants on unparallelled adventures – in unchartered territory. 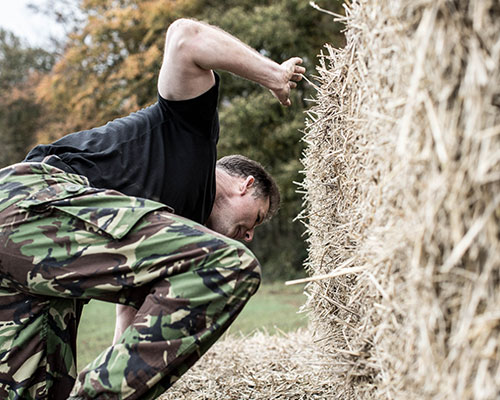 X Platoon is a elite wilderness training, adventure and survival company which aims to draw people away from electronic screens and place them back into the natural world, equipping them with a Special Forces knowledge of successfully operating in a wild environment.

It works on many levels – from small groups on intrepid adventures in the world’s most hostile environments – jungle, arctic, desert through to interaction with schools, families and corporate adventurers.

Steve is the calm and calculated one. After leaving the forces he worked as a security advisor to the United Arab Emirates before working as a bodyguard for a well-known and influential family in London.

Andrew was the creative party boy, The DJ, music producer and promoter who launched many many dance acts with his own record label.

They make an engaging team having stayed friends since schooldays despite their uniquely different career paths.

X Platoon has just opened a massive private camp in North Yorkshire which features a Special Forces-designed remote wilderness training camp, a 21 obstacle assault course – and also a huge barn which has been converted into Operations HQ.

From there they are plotting the next intrepid adventure – and inviting people to join them.

Says Andrew: “In the light of our shared experience and knowledge, combined with the growing notoriety of Steve, we are very aware there is a much bigger opportunity to be realised.

“X Platoon is being set up so people can live the ethos of the special forces. People who come on our trips throw themselves into it, push and challenge themselves – these are bucket list adventures.

“We offer something very different to Ray Mears and Bear Grylls – our courses focus on the attendees not the leader. We have introductory courses covering the basics through to full blown International Adventures where attendees will get the chance to experience our planet’s wide, varied and punishing climates.”

The forthcoming adventure in Sweden promises to be harsh – it will be in the north of Sweden, some 300km north of the famous Ice Hotel.

A group of around 16 people arrive (full safety briefings are given and the support team includes Special Forces medic) and then head off on snowmobiles through 40km of extreme tundra. The groups stays in camps live those of the Sami people and activities include fishing through ice, a 140km dog ‘mushing’ sessions with sledges.

“You are working with people who have lived in this environment”, says Steve.

“It is paced so that you are learning life lessons, it is action-packed  but there is plenty of time to breathe. Our hope is that people have a catalogue of once-in-a-lifetime experiences, wrapped up in fun, in the sharing of stories around a fire with a shared meal, often under the stars”, he adds.

Andrew adds; “Steve has done that intrepid stuff so you are getting a very authentic experience with people who have been in the Paras, the SAS, supported by army medics. There is a ratio of 2:1 so you will get a great deal of hands-on learning.”

arguably the most authentic survivalist in the UK.

Born in Middlesbrough, Steve enlisted into the British Army in 1986 at 16, undergoing rigorous training to join the elite Parachute Regiment. Having served for 3 years with 3 PARA (a highly disciplined and professionally competent force, deployable by helicopter, aeroplane or parachute), Steve joined the Pathfinders, a covert unit within the airborne forces that officially ‘did not exist’.

Aged only 20 he became the youngest soldier ever to gain entry into the unit. Whilst serving with the Pathfinders Steve saw active service in Northern Ireland, Central America, Kosovo and Sierra Leone.

In 2000 during an operation to rescue British passport holders and other personnel trapped in Sierra Leone’s capital, Freetown, Steve led a team of 26 soldiers against a rebel force numbering 2000 fighters, in a 16 day siege that ended in a vicious close quarter battle in a remote jungle village.

For his actions during and after the battle, Steve was awarded the Military Cross; becoming the first Non-Commissioned Officer in the units history to receive the award. After leaving the military in 2001 Steve went to work as a Senior Military and Internal Security Advisor to the United Arab Emirates Government. Steve’s role was to provide advice and training solutions to both their Armed Forces and their National Police Service, specialising in Counter Terrorism, Internal Security, Crisis Management and Border Control Operations; a position he held for 13 years.

Since returning to the UK he has worked with high performance corporate and sports organisations on topics such as leadership, motivation, mental/physical resilience and team building, he also developed a programme for schools to assist with students who require support with discipline, behaviour and emotional welfare.

Steve has written two books; both Sunday Times best sellers and a major feature film telling his story in Sierra Leone is currently underway. In light of our shared experience and knowledge, combined with the growing notoriety of Steve we are very aware there is a much bigger opportunity to be realised. X Platoon is being set up as a commercial enterprise to fulfil this.

also born in Middlesbrough, made his career in the music business working with some of the most famous DJs and Club brands in the world.

He has sold out fifty major dance events  across the world then set up an independent record company which went on to sell over 3 million albums:  13 Gold, 8 Silver and Two Platinum disc awards.

At Sony Music he headed up their Dance Music Division, signing relatively unknown club brands, selling over 750,000 albums through them in his first year for the company. Throughout his career he has been involved in nearly every area of entertainment business; from launching merchandising to TV format development.