Shrek The Musical takes over Sunderland Empire on 31st January until 11th February 2018. Chloé Laing catches up with the lovely Laura Main ahead of the North East run... 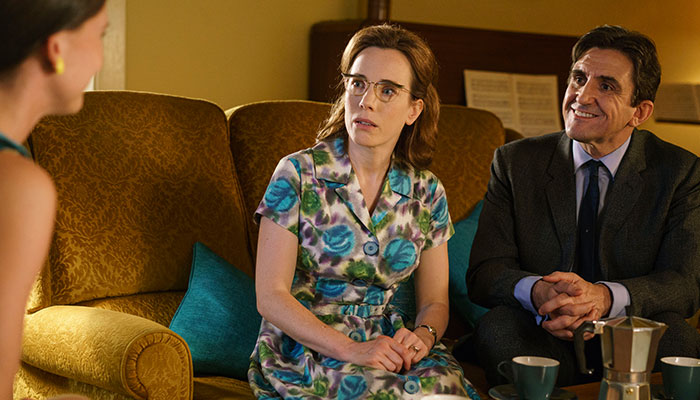 What is it about musical theatre that you love the most?

I think it’s the mix of elements that you get in a musical that is special. With Princess Fiona, you have a real fun character to play with and you have the songs with a bit of tap dancing, so it’s a nice mix of everything. I have done some musicals over the years as a professional and my first job was a musical at the RSC, but really I have never done a musical on this scale or as big as this one. I performed in a lot of musicals growing but, amateur ones near where I lived. What actually made me want to be an actor in the first place was doing musical theatre, so for me to be a part of this performance is truly fantastic.

It is a great show with so many brilliant scenes and a magnificent score. The characters are great and we have a lovely bunch working on it.

Are you having fun as Fiona?

Yes, I really am. She is not your average princess, there are many sides to her – she is much more stubborn, good fun and for her, it’s not just about wearing a pretty dress – she‘s really feisty. 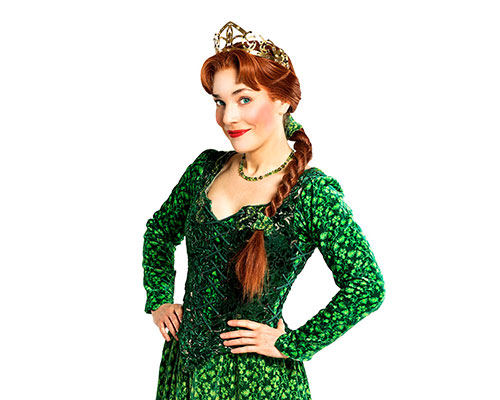 How are you finding working on Call The Midwife and Shrek The Musical at the same time?

It’s funny because I had one week between the two from finishing filming to starting rehearsals, so it was a quick turn around. One of the things I love about acting is not just the characters, but the difference between the two. I have not put the glasses away, Shelah’s glasses are still with me, I have a few days of filming in between the show, so I will be acting as both characters in the same period.

How did you feel about the birth of Shelah’s baby boy in Call The Midwife? 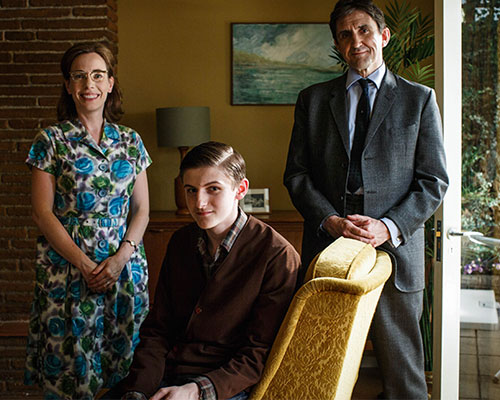 Oh I was so pleased for her. I found out when we were filming the South African episode that it was the plan for series six and I was just really thrilled for the characters and so series seven has been fun – the household its getting quite full. It’s a large household now with Dr. Turner, Timothy (Shelah’s stepson), baby Andrea and now Teddy.

Andrea is played by Alice who is just adorable and then you have Maxwell who is a grown man now – and baby Teddy to add to the family, so yeah it really is a lot of fun.

Shelah’s hands are a little bit tied at the moment, but still needs to help out in the surgery, so she is really juggling all sorts of things. She is a real modern mum. It is tough for her, but really fun scenes to play and you have to keep up with the lines because you have to work with a baby and really, its up to the baby if he wants to be in the scene or not! There’s crying, but you just have to keep going.

Season 7 aires while you are at the Sunderland Empire – will you be watching?

Yes, I will definitely be watching. I spend six months of the year working on it so it’s so lovely to see the end result and you’re only ever involved in the filming of your scenes so it’s nice to see the whole show. We are all great pals and it is lovely to see everyone doing their thing. I always try to tune in live and it’s a real treat to see it. I’ll be on stage this year though! We have some Sunday performances, so I might catch it just in time but if not, I’ll certainly be catching up on it after the show.

What do you do with your spare time in-between shows?

This is my first tour and I have been so busy with the run up to the show that I haven’t really had any days off yet. You need to have a preservation of energy for the show as you want to do a great job on stage. A few people in the cast have done tours before, and so they will be organising nice group outings and things to do so I am going to make sure that I get to see the city sights. Another lovely aspect of this job is that I get to tour Britain!

Are you still keeping active after running the London Marathon?

The show is keeping me really fit actually. We have a big tap number – it requires a huge level of cardio fitness – but I really enjoyed doing the training for the marathon. I say enjoyed – it was a commitment that I enjoyed. I am glad I don’t have to dedicate those three hours again, but it reminded me of the importance of keeping healthy and building up a bit of regular exercise into your routine. I love running, yoga and at the moment, tap dancing.

Grab your tickets for the magical performance at Sunderland Empire here.