JACK AND THE BEANSTALK, SUNDERLAND EMPIRE

We enjoy a trip to the Empire for a panto that's guaranteed to scale great heights, offering families a giant helping of magic... 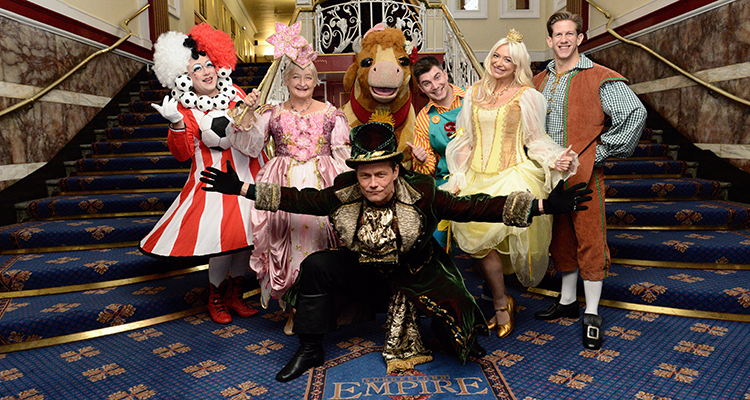 As fans of the fee-fi-fo-fum heavy fairytale will have guessed, this is the pantomimed-up story – narrated in poetic fashion by the Vegetable Fairy – of a lad called Jack, whose community is feeling the pinch, thanks to crippling austerity measures handed down from above.

Desperate to pay the rent for the Trott household (Jack shares a cottage with his little brother Simple Simon and gloriously glamorous mother, Dame Trott), he thinks he’s sold his family’s beloved cow Daisy for a bag of gold… but ends up with nothing more than a handful of beans. Disaster. Not to worry. The resulting tower of a beanstalk allows Jack to climb through the clouds and fight the local 3D Giant who, in this instance, has ordered his right hand hoodlum, Fleshcreep to kidnap Princess Jill and put her in a pie.

Bill Ward is obviously having a belting time lapping up every last boo and hiss as the show’s resident baddie, meanwhile the presence of the wonderful Janine Duvitski will doubtless offer a treat for avid viewers of Benidorm.

A special mention also should go to the string of quality pop-soaked duets performed by Princess Jill and Jack, who came into their own when the band struck up. The script zips along and is peppered with pantomime perfect gags throughout (although on the night we were there, the audience seemed slightly behind when it came to hitting their laughing marks. Must do better, boys and girls.)

For us, it could have done with a bit more umph when it came to the slapstick portion of proceedings, but the second half’s 3D (and – spoiler alert – sometimes 4D,) session was a proper treat and offered just the right amount of fun-filled frights, without leaving the little ones needing to ask for a course of therapy in their stocking.

Whether you’re a babe in arms or a great grandparent looking for a festive treat, anyone who considers themselves a pantomime fan will find lots to like about this show. Smashing sets, costumes and choreography combine to make sure all the action is presented in top notch fashion.

Jack and the Beanstalk is playing at Sunderland Empire until January 7, 2018.