Boutique hotel devotees – here’s the answer to your prayers in Alnwick... 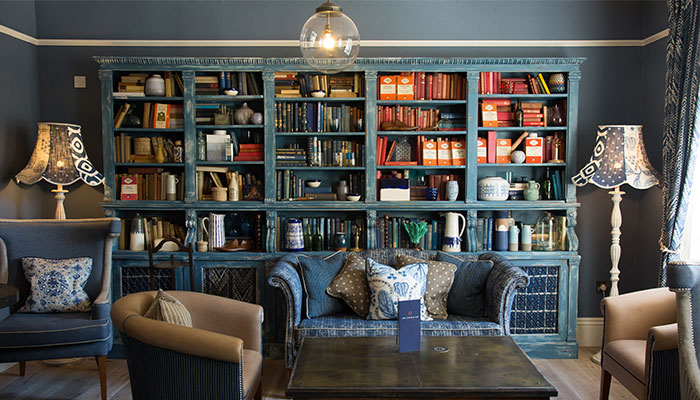 There have been a fair few prayers offered up by Debbie Cook in the past few months.

Mostly to the gods of the building trade and planning department to guide her through what had seemed like a heavenly plan – tackling the conversion of a former convent into a stylish boutique hotel in Alnwick.

After a frenzied few months, Debbie is just about ready to give thanks. The Cookie Jar (a nod to their surname), has opened up and its delights are spilling out for all to share.

She confesses, it’s been a journey. When she and husband Robert, who is a former chief executive of Malmaison and Hotel du Vin and now with Virgin Active, set eyes on the sale boards at
St Mary’s Convent in Bailiffgate, its potential was obvious.

During his time with HdV, Robert had transformed prisons, hospitals, breweries and warehouses into desirable hotels, so the conversion of a nunnery was, to them, an easy progression.

Though Debbie hadn’t worked for 14 years, her background is in the hospitality business, and her home for the past 17 years Northumberland, so she took on the project with gusto.

The result is a beautiful building. A very blue building, for no other reason than Debbie loves blue.

The entire colour scheme running through the hotel is inky blue and it creates a striking and unique atmosphere. 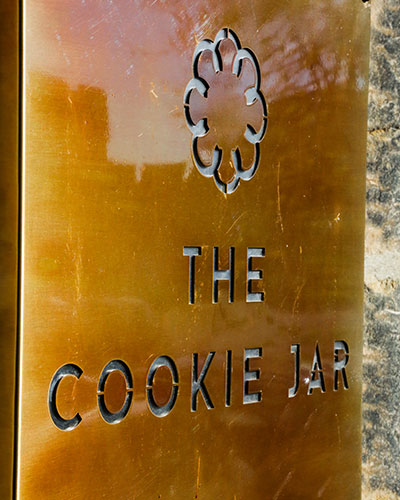 Obviously we’re talking shades of blue here, but nevertheless deep and bold tones, interspersed with splashes of dramatic wallpaper, contrasting fabrics and gatherings of accessories which offer up a hint of the building’s past.

“It has been interesting to hear the stories people have of the building and time they have spent here,” says Debbie with a wry smile.

Until relatively recently there were still nuns calling St Mary’s home – what they would make of its new incarnation can only be imagined.

Not least the reinvention of the stunning chapel as a lavish, lovely and, dare one say it, sexy master bedroom suite.

The chapel, as Debbie calls it, ‘the Mother Superior of all suites’, is on the first floor accessed by a warren of stairs.

It is impressive, featuring all the beautiful, historic details of the former chapel, such as stained glass windows and carved wooden beams. Debbie admits to more than a few headaches as she worked with architects to create the ‘mod cons’ of a boutique hotel – like a walk-in shower – while keeping the strong character of the historic chapel.

So, praise-be! You will find drench showers with higher powers and a heavenly bath tub for the perfect soak in the underfloor-heated bathroom. You’ll relax in indulgent robes and lay your head on a luxurious custom-designed bed, worshipping the god of super-fast wifi and the 60-inch flat screen.

Rooms (there are 11 in the Grade II listed building) are named after local places such as Bamburgh, Alnmouth and Holy Island (of course).

With their blue hues, attention to detail is everything. Leather trims on headboards, quality fabrics and bold contrasting wallpapers give a feeling of decadence. Sink-in beds are intended to offer up a cosy welcome to visitors dealing with the Nothumberland climate. Your own jar of home-made cookies in the room is a friendly touch.

The interior design for the entire project was led by Matt Hulme, of Dynargh Design, a renowned interior designer. Matt was the designer behind many Hotel du Vin properties, notably Newcastle, Cambridge and Edinburgh.

Using eclectic prints and textures, he creates a bold but very inviting tone for the Cookie Jar. It is defiantly dramatic and boldly blue from the moment you step inside.

The project was completed in a staggering six months and the effort has been more than worth it – full of individual character, attention to detail and bags of style. Beds have chunky throws on them. There are vintage leather cases dotted around the place, heaps of old books and artfully shambolic ‘finds’ layered up on painted bookcases. It’s all a stylishly-smart version of ‘relaxed’.

Says Debbie: “The things that are important are often the things you don’t see – like the water – every room has to be able to shower at the same time! Great toiletries too – we have Penhaligons who come and inspect before they agree to supply.

“We built (very smart) kennels outside so people can bring their dogs – this is great for shooting parties.”

The Bailiffgate Bistro will open in full next next year, but currently offers small snack plates in the residents’ lounge, breakfast and Afternoon Tea. It’s headed up by chef and general manager, Mick Holland, known for his skill in creating great food using the best local produce. Breakfasts see Craster kippers on the menu, as well as local sausage, bacon and black pudding for the ‘full Northumbrian’. Continuing the theme, the house G&Tea Afternoon Tea includes Northumberland Hepple Gin served over ice with Fever Tree tonic and a sprig of rosemary.

Blessed by historic surroundings, a cookie’s throw from the town’s famous castle, this decadent spot has answered more than a few mini-break prayers.