We check in for an evening of era-defining music at the Theatre Royal, Newcastle. 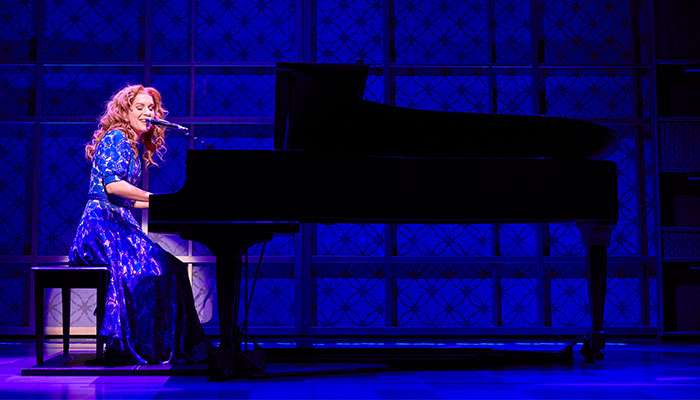 Carole King, the woman whose songs offer up a soundtrack to the life of pretty much everyone in this audience. As a teenager King, with partner Gerry Goffin, wrote perfect bop-happy, genre-crossing hits for the likes of The Shirelles, Drifters and Little Eva (not forgetting Kylie Minogue who covered The Locomotion). Then Tapestry and the rest is history. 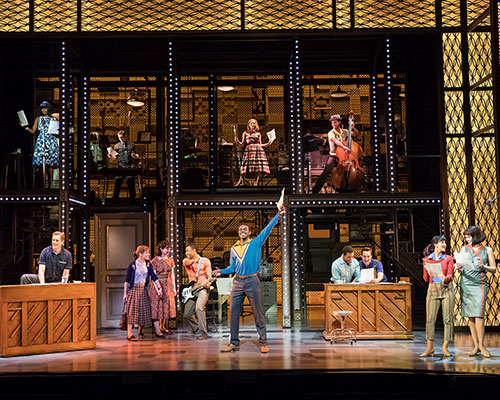 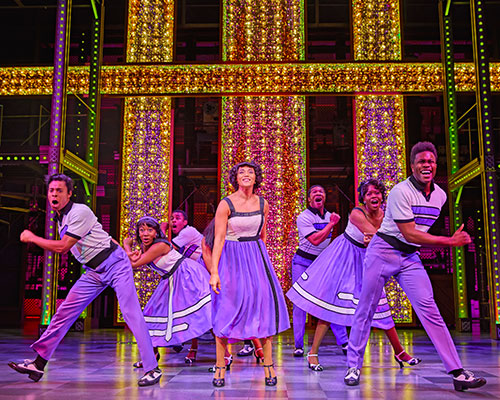 Star of the show is of course Bronté Barbé. She starts the show as Carole playing at Carnegie Hall and the story peels back to the teenager at a piano in the 50s with a gift for glorious music. Bronté has a voice with great reach and emotion and she plays a vulnerable Carole who struggles to ultimately find her own voice and inner strength. Great support from a wonderfully tuneful and watchable ensemble and bringing the story together is Grant McConvey as the troubled and unravelling Gerry Goffin and the pair’s friends and music-making rivals Cynthia Weil and Barry Mann, played by Amy Ellen Richardson and Matthew Gonsalves. 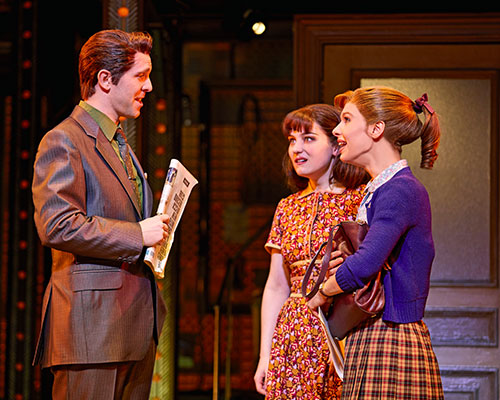 It’s packed with great songs which define their eras. Yes there are the early King-Goffin penned hits such as It Might As Well Rain until September and Up on the Roof and these are cleverly interspersed with Weil-Mann gems such as On Broadway. You get full-on Motown glamour routines with Will You Still Love Me Tomorrow and then the powerhouse that is You’ve Lost That Lovin’ Feeling.

But for true King devotees the second half of the show is when it really lights up. Full of fight and grief after the breakdown of her marriage, King finds her self-belief and the iconic album Tapestry is born. We hear You’ve Got a Friend, It’s Too Late and the glorious Natural Woman. Stirring performances brought to a close back at Carnegie Hall with Beautiful.

Then everyone goes home and digs out their Tapestry on vinyl. Or Spotify. 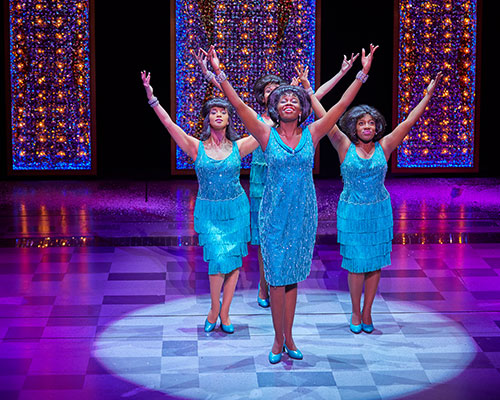 All those teens who spent hours in their bedroom listening to Tapestry. But anyone with a love of classic pop songs and the fledgling music-making industry.

The show is coming back to the North East next year and will play at the Sunderland Empire from 6 – 10 March 2018.