These days a game of golf might mean nerves but it doesn’t mean stress for golfer Lee Westwood. Nevertheless, all eyes will be turned to the adopted local boy when he hosts the British Masters in Northumberland in September. Luxe joined him for breakfast to talk about the big event. 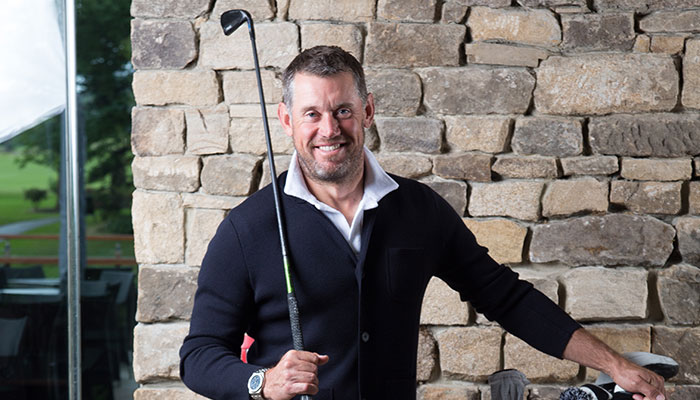 At the grand old age of 44, Lee Westwood’s biggest golf games see him pitted against ‘kids’ these days. He’s out to stay fit and strong but has other weapons in his armour that the youngsters might not, be it a spa day massage or a session of reflexology.

You could say his game has risen to a more spiritual level after 24 years padding the greens – and hosting the British Masters at Close House this year will be the icing on a cake worthy of the Bake-off winner.

Naturally he plans to win it on home turf. Which would be brilliant for the many thousands of golf enthusiasts who are already booked in to add support at the biggest sporting event the region has seen for some time.

Westwood is settled and savvy at Close House these days, a place which is very much home in terms of work and time-off.  His partner, Helen Storey is sister-in-law of Close House owner Graham Wylie and her mum lives in a house in the grounds.

Helen and Lee live in Jesmond but are never far from the home comforts of Close House: “We got back from Stockholm last night and there was nothing in the fridge – so it’s round to mam’s for Sunday dinner – there’s always food”, laughs Lee.

We meet up with Lee and Helen at breakfast time in the Close House clubhouse. Lee orders a bacon and egg buttie only to find a far healthier plate of scrambled eggs, brown toast and salmon is put before him.

Helen is a personal trainer so she keeps and eye on him: “I am known as the food police’, she says. They train together and the gym has to play a big part in their lives.

“I’m a constant pain in the ass. He tells me to bugger off – we train together but he doesn’t take any instruction”, she says. 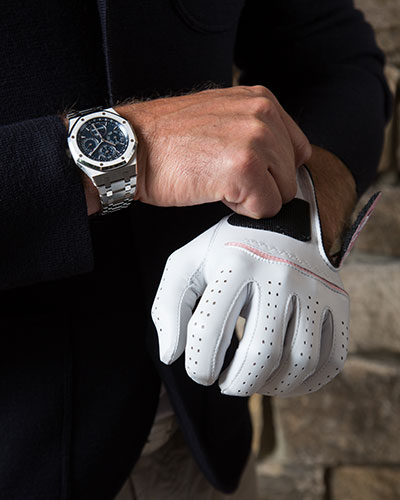 For Lee times have changed within the golf tour: “The early nineties when I first came out on tour, there were very few people who used the gym and now I would say nearly everybody’s in there. That’s why peoples’ careers are going on a bit longer. I’m 44 now and I like to strong and fit. There’s no reason why you can’t stay healthy and compete into your mid-forties.”

Experience means a lot in the game of golf and maturity adds a confidence. The Westwood practise routine these days easily contains a spa treat for a massage or a session of reflexology.

“For sure, playing golf is easier when you’re not thinking of anything, when your mind’s completely clear. And physically, when you spend all day on your feet it’s nice to have reflexology.

“I don’t get stressed, 24 years doing it, you’re used to it; obviously you get nervous, but I wouldn’t say golf stresses me any more. I go out and play and do as good as I can do.

“Reaching world number one was obviously the highlight so far and that’s certainly something you want to tick off. The other side is you know how good you want to be so you strive to get back to that – or as high up the world rankings as possible”, he admits.

In terms of the forthcoming British Masters, naturally he’s in it to win it.

“I’m feeling quite confident, I’ve played well the last few weeks; the game is starting to come right for the right time of year – it’s always nice to play in well in summer because of so many big tournaments, I’m quite positive.”

As Luxe went to press Lee had just competed in his 18th US Open finishing with a four-over 76 to end on seven over.

He is close friends with professionals on the tour – he and Helen will be at Sergio Garcia’s wedding in Austin, Texas this summer with the Willets, Danny and Nicole.

For the Close House competition in September, Lee has collected an impressive field of adversaries, so how is it shaping up?

“I’m very excited. When they said a few years back you’ll be hosting the Masters, where would you like it, I said I wanted to take to Close House and the North of England.

“It’s great for the area – you know how people are for sport here!

“Hopefully there will be a bit of breeze to make the Colt Course a bit trickier; the course will have had all summer to mature.

The big hitters will be out in force, so who does Lee rate this season?

“I think Sergio is going to have a good rest of the year. I think he is going to play well in the majors because for so long he didn’t win a major then he won the Masters in Augusta in April – that’s taken a weight off his shoulders and he’ll play well in most of the majors now.

“My plan is to win in September, yes – whether it goes right, who knows?

“I should know the golf course better than anyone else; but the trouble is that with being an ambassador for it and getting as good a field as possible, I’m bringing all the good players here – should probably try and keep them away!

“It’s supporting a great charity too – the Graham Wylie Foundation – so there’s nothing but positives to come from it. I’m a patron of the foundation and help out whenever I can, keep tabs on what they are doing, lend support whenever I can.

“There will be a celebrity pro-am tournament with Alan Shearer, Ant&Dec (we spoke just before Ant McPartlin was revealed to be in rehab), Jeremy Kyle, plenty of faces.

Lee has been associated with Close House for six years now, he became the attached Pro and opened the course when he was world number one.

“For such a young course it has done phenomenally well, the Masters is fantastic in the evolution of the golf course.”

Lee is from Worksop in the Midlands; “I’ve got a rough Midlands miner’s accent – but now some Geordie-isms come out I’m told.”

READ MORE: Sporting life with Lee Westwood. We catch up with golfing great to find out his luxe things in life… 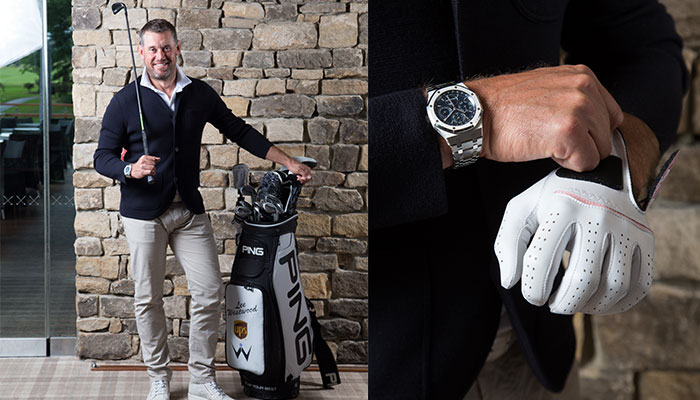 Helen frequently joins him on tour and earlier this year took centre stage with him acting as caddy for Lee at the HSBC Championships.

His regular caddy Billy Foster had to return to the UK following the death of his father, so Helen stepped up to the tee.

“It was excellent, really good. I didn’t help technically but I wanted a physical challenge”, says Helen.

Lee chuckles: “I said to Helen, ‘can you carry that bag all round?’ Which was obviously like a red rag to a bull.  We both really enjoyed it, I was very relaxed out there. “

“I’m used to wandering around the outside as a spectator – but as caddy I really had to concentrate on keeping out of the way and cope with rules about the flag, etiquette about cleaning the ball.  The longest day was 5 and ¾ hours. It was so hot – I started the day looking glam and ended up looking like a drowned rat! Hair a mess, makeup melted”, says Helen. 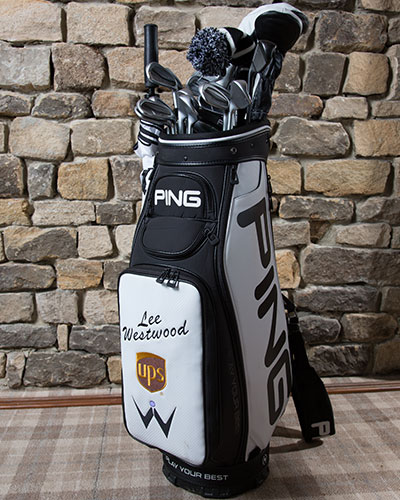 “First time a caddy has ever said this course is wrecking my make-up!”, laughs Lee.

Lee splits his time between the North East, his global travels on the tour and Edinburgh, where his son, Sam, 16 and Poppy 13, live with their mum, and go to school.

It’s a city he loves and where he can indulge his passion for shopping  and designer labels.

Harvey Nichols in Edinburgh is a second home, says Helen.

“He’s a top shopper – very good at it! He’ll send me pictures as he shops – knows his way round the Mac and Tom Ford counters! He could even have a sideline as a personal shopper.”

Lee confesses to a trainer fetish, his brand of choice being Giuseppe Zanotti – today’s pair croc-effect-leather.

His carefully chosen outfit for our shoot consists of an Orlebar Brown polo, Cerruti cardigan, Jacob Cohen jeans, “I feel like eight-years-old” he quips as Helen checks the label.

“Free socks and pants! Happy Socks that were in a goodie bag for players at the Nordea Masters in Sweden!”

He’ll be well turned out at Close House for the Masters in September and is urging the people of the North East to get behind the exciting tournament.

“There’s a lot of enthusiasm – it’s known as the people’s tournament and one which we encourage people to come to especially if they haven’t been to a golf tournament before. “