THE CURIOUS INCIDENT OF THE DOG IN THE NIGHT-TIME, THEATRE ROYAL, NEWCASTLE

Based on the best-selling novel by Mark Haddon and brought to the stage by the National Theatre, Luxe check in at the Theatre Royal to follow the story of Christopher Boone...

It’s about being an outsider, it’s about Christopher Boone who lives with Asperger’s and is a gifted mathematician and a very literal thinker. It’s about his condition and how it impacts on those around him – and, most graphically, how our world impacts on his. Based on the best-selling novel by Mark Haddon and brought to the stage by the National Theatre. 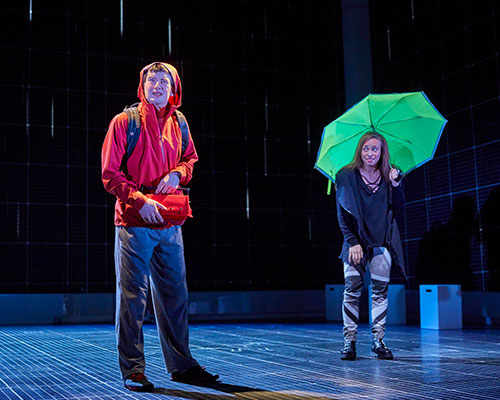 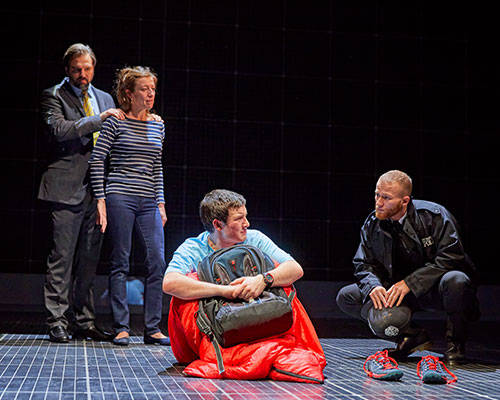 Scott Reid has an astonishing energy as Christopher, the teenage boy with an inquisitive mind and love of Sherlock Holmes, who sets out to investigate who killed his neighbour’s dog. The play and characters have great energy and physicality – Christopher is physically lifted by other characters in swooping sequences which reflect his conflicted and restless mind. His investigation takes him on a literal journey to London while his family and the audience are led on an insightful and often painful journey into the reality of his condition. As his mother Judy, Emma Beattie gives a heartbreaking insight into the strain of parental love for a son who can’t bear to be touched whilst as his dad, Ed, David Michaels delivers a meaningful, sometimes harrowing performance. 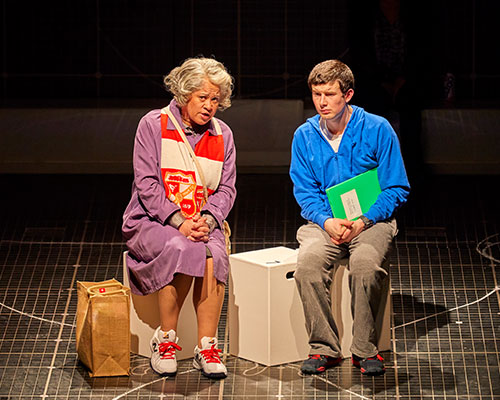 An amazing set. The cube-like stage set fires graphics, colours and numbers at the audience. Powerful scenes at stations and London Underground use sound and lights at speed to give us an insight into Christopher’s sensory overload; at other times, as he tells his story to his understanding teacher Siobhan, played by Lucianne McEvoy, he builds a Lego train set on stage which cleverly comes to life. And when his maths-brain does its stunning stuff, numbers and symbols flash across the set.

Everyone should see it, there’s lots to be learned from it. And a puppy.