Our luxe summer city wish-list for touring the capital city... 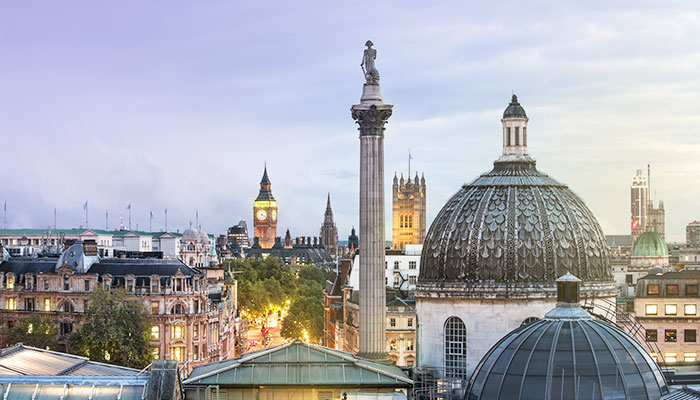 From its beginnings in a little 20-seater shipping container in London’s Brixton, fans of Kricket – with its Mumbai-inspired food, décor and music – are rejoicing at its January opening in Soho. 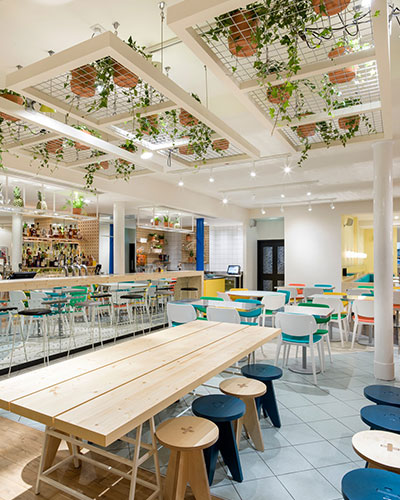 Opening her first solo restaurant is Monica Galetti, former senior sous chef at two-Michelin-starred La Gavroche, and well-known for her contribution to the TV show MasterChef: The Professionals. Her Mere in Fitzrovia has a laid-back vibe and a simple, seasonal menu.

Over in the City of London, Jason Atherton’s second London restaurant, Temple & Sons, is a grill restaurant and all-day deli with interiors inspired by a traditional British grocery store and a menu of British dishes such as game sausage roll with creamy mash and gravy.

If you fancy a side order of culture with your meal, head to the newly re-opened modernist Design Museum and its new restaurant, Parabola, owned by Peter Prescott and British design legend Sir Terence Conran.

Or, on Sundays, visitors exploring the wonders of the V&A Museum can take a break with a Victorian-style afternoon tea in the elegant Morris Room. The tea recreates authentic 19th Century dishes that would have been served in Queen Victoria’s time.

California dreaming came to London in November with the opening of Pomona’s restaurant and its American bar. With a menu inspired by chef Gareth Sanderson’s travels along the west coast of America, dishes include ‘sweet potato toast with avocado, labneh, lime and cilantro gremolata’.

Try a taste of the Caspian at JAN, a new restaurant celebrating Middle Eastern flavours from the culinary styles of Iran and Turkey. Signature dishes like grilled lamb chops and sea bream with harissa are cooked in a traditional charcoal oven.

Bala Baya brings Israeli cuisine has come to the arches of Southwark and is the first solo venture of Eran Tibi, who has worked alongside Yotam Ottolenghi. Feast on Tel Avi-style pitta bread, stuffed with slow cooked meats and salads.

Float your boat on Regent’s Canal and climb on-board for lunch or a cruising dinner on London Shell Co., a new floating restaurant housed inside the refurbished Prince Regent canal boat. Specialising in seafood, unsurprisingly, the menu includes seasonal dishes such as Morecambe Bay oysters.

Chelsea positively blooms all year round and makes a great basefor a city stay. We check out a perfect stay-cation pad.

City hotels can be great but there’s a great deal to be said for somewhere with a fridge to call your own.

Let’s face it – cities are hard work. Vibrant, exciting and full-on they may be – but a big city adventure can take it out on you, your feet and your frazzled mind.

A cool crash pad where you can flop on the sofa and mix your own G&T (bought from an artisan market), can be a haven.

Fill the fridge with goodies bought on your travels, spread out and play with your purchases –  and make like you’ve got your very own MIC city crash-pad – for a couple of days at least.

A stay in a serviced apartment can be a brilliant alternative to a so-pricey hotel in capital, especially for a family or small group.

Cheval Residences has a number of apartments across London. We stayed at the Phoenix House which is just a few steps from Sloane Square in the heart of Chelsea.

It is of course the heartland of the Made in Chelsea bunch so any teens on your trips will be in start-spotting heaven on Kings Road and the shiny Duke of York Square.

A Cheval Residence pad is a luxurious place to lay your head. You’ll find a neat kitchen with Nespresso machine, large fridge, cooker and microwave. Your local food store market is the posh and pert Partridges which is a short hop from the apartment on Duke of York square right by the Saatchi Gallery.

This grand grocery will satisfy every food need – from fines wines to deli plates to ready-meals and grown up snacking.

Our apartment was loft-style double level with stairs down to a huge bedroom with vast marble bathroom and enormous, soothing bed with luxurious linens.

Within walking distance of your city hom is the noteworthy Bluebird restaurant, which is a great for dining or ‘pick up and go’ salads and picnic treats from its food store. It’s also a neat place to hop for your breakfast fix of avocado and poached eggs on sourdough. The Made in Chelsea cast brunch at favourites such Tom’s Kitchen and Eelbrook as well as more relaxed cafes such as Megan’s.

This chic-chi corner of London makes for a great base to stay. In an apartment it feels like you’re having a neighbourhood moment rather than a hotel stay – Sloane Street tube is over the road for easy access and next to it the Royal Court theatre which always offers up cutting edge performance from home-grown talent.

On your doorstep is great shopping. This is one of London’s most affluent neighbourhoods, and the boutiques along the King’s Road are as manicured as the residents. Duke of York Square is home to one of Europe’s largest Zara stores and other top brands, such as Banana Republic and All Saints. For high-end jewellery and designer clothing take your credit card to Sloane Street, home to Cartier, Tiffany & Co, Prada, Hermes and more.

A culture fix is promised at the Saatchi Gallery with a fine array of contemporary art – and the Cheval Phoenix is perfect for anyone attending concerts at the Cadogan Hall which is on the doorstep.

In June Chelsea is synonymous with the world’s most famous flower show, the RHS Chelsea Flower Show. Every year the grounds of the Royal Hospital Chelsea are transformed into show gardens and local businesses get into the festival spirit by decorating their windows for Chelsea in Bloom.

Apartments from approx. £252 a night; chevalresidences.com

Follow the evolution of the Princess’s style with Diana: Her Fashion Story at Kensington Palace. Discover how Diana used her image to inspire people and to champion the causes she cared about through an extraordinary display of some of her most iconic outfits. Take a closer look at the glamorous gowns from the 1980s and the chic working outfits she used to wear in the 1990s, and see how Diana established herself as a trendsetter, princess and patron.

Kids with a summer birthday? Enjoy a private birthday party at Hamleys. The stuff of dreams: birthday girl or boy can celebrate with the ultimate sleepover in the iconic Regent Street flagship store. Birthday boy or girl will be treated like a celebrity, with a red carpet rolled out for their arrival, and a host of activities and treats.

Catch the hot ticket David Hockney Exhibition until the end of May at Tate Britain.

The Chelsea Flower Show has been running since 1913, and is organised by the Royal Horticultural Society (RHS). It attracts some of the best international garden designers, who create innovative, themed show gardens for visitors to explore. This year’s show takes place between 23-27 May.

Have a Bowie moment. David Bowie was born in Brixton, and upon the news of his death, a mural of the musician painted in 2013 on the side of the borough’s Morleys department store became a shrine for a public outpouring of grief and affection. See the mural for yourself, before visiting another London site closely connected to Bowie – Heddon Street in Soho. This was where he posed for the cover of his iconic album The Rise and Fall of Ziggy Stardust and the Spiders from Mars, and the site is marked with a commemorative plaque.  Getting there: The mural is one minute’s walk across the road from Brixton tube station; the closest underground station to Heddon Street is Piccadilly Circus.

Fall in love with An American in Paris, as the magnificent musical bursts onto the stage at the Dominion Theatre. A stunning tale of hope and romance in a city battling the aftermath of war featuring a soundtrack of George and Ira Gershwin’s greatest tunes from They Can’t Take That Away From Me to ‘S Wonderful.

Take a trip to Greenwich Market – packed full of unique and distinctive arts and crafts. Well known for its designer makers and small cottage industries, customers have access to items that cannot be found anywhere else in the world. Enjoy the vibrant atmosphere, take in some classical music performed by students from nearby Trinity College of Music, and enjoy the continental food court whilst browsing through the wonderful array of over 120 arts, craft and antique stalls.

A music memory moment at Kew Gardens. Girl Power will be alive and kicking at Kew the Music outdoor concerts at the Royal Botanic Gardens, Kew.

Iconic girl-band All Saints and Melanie C will perform at an  all-female evening on Thursday 13 July.

Enjoy afternoon cruising on the Thames.