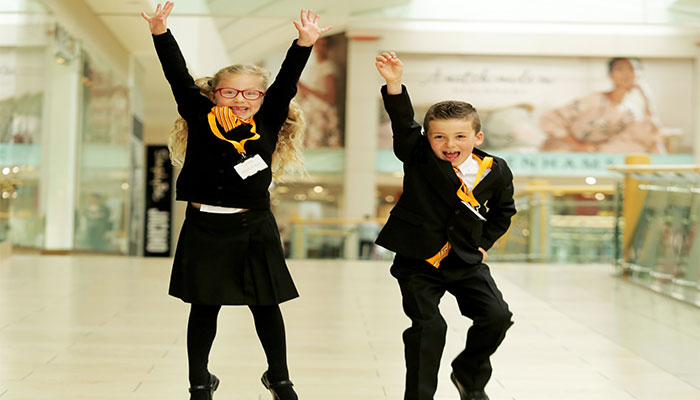 Two North East youngsters have been strutting their stuff on the catwalk as they start their year as intu Metrocentre’s new Heads of Fun in style.

Connie Barber, 6, from Cullercoats and Ben Osborne, also 6, from Whickham took part in intu Metrocentre’s Sping Summer fashion shows in one of their first tasks after landing the much coveted titles of Heads of Fun.

Connie, a pupil at Cullercoats Primary School, and Ben, a pupil at Fellside Primary School, will offer a child’s eye view of the shopping centre and be responsible for making sure that the centre continues to be child friendly, providing a host of free fun events and activities for children in the region.

The mini executives have already had their official induction, where they met the intu Metrocentre team, had their staff photos taken and visited MOD Pizza for a celebratory pizza party in their honour! 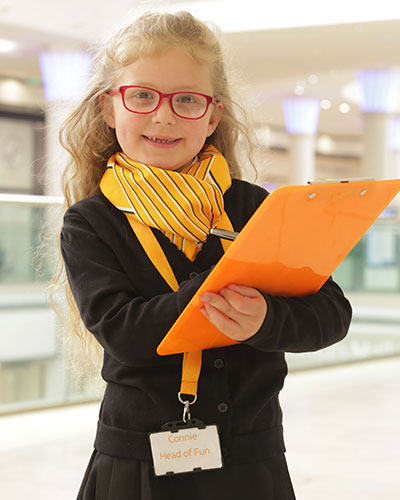 Fun is top of the agenda

The enthusiastic new recruits fought off stiff competition from hundreds of applicants from across the north east to bag the dream role which allows the children the opportunity to experience money can’t buy fun with the centre’s retailers as well as the chance to play a huge part in the centre’s events.

From performing onstage with the Metrognomes and sampling the children’s menus at intu Metrocentre’s extensive dining quarter to testing the latest must-have toys – Connie and Ben are sure to have a year to remember.

“We were delighted to receive so many impressive applications, including artwork, poetry and videos demonstrating everything from singing and dancing to acrobatics – the North East is home to a host of talented young people.

“On the day of the interviews, Connie and Ben just blew us away! Even at six years old, both were confident enough to face the judging panel without their parents. Ben’s fun and quirky personality really stood out and he had the judges crying with laughter at his jokes. Connie’s creative side shone through as she showed us her amazing collage – a life-size version of herself which she used to explain why she was perfect for the role.

“Both children have just what we were looking for in a Head of Fun. They’re incredibly enthusiastic and ready for any adventure that comes their way – they’re a fantastic addition to the intu Metrocentre team!”

“I’m really excited to be a Head of Fun with Ben – I didn’t believe it would happen until I got my uniform. I think the Metrognomes rock – Rusty was my favourite because he has red hair like my Grandma Ginger but then Sherbert was really nice to me in my interview so now I can’t decide!

“I love to laugh and Ben and the Metrognomes make me do that. I think it’s going to be great and I want lots of children to have loads of fun too!”

Ben steps into his new role in style 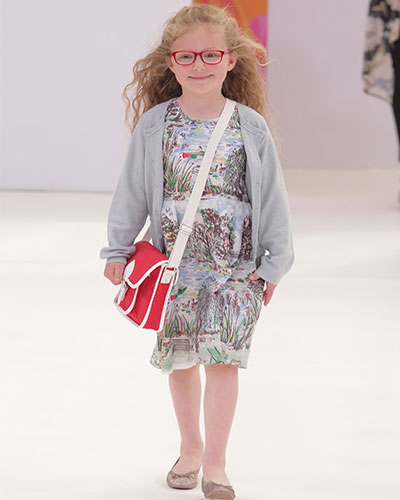 “I love intu Metrocentre and feel really lucky and proud that I’ve been chosen as a Head of Fun – I’ve told all of my friends and teachers about it.

“When I met Connie, I knew we’d be really good friends – I think we could both be mischievous like the Metrognomes! I can’t wait to see what adventures we’re going to have – it’s going to be awesome!”

Fun facts about Connie and Ben:

– Connie’s top things to do are swimming, dancing, eating pizza and having adventures! She’s also in the Rainbows – the youngest section of the Girl Guides.

– Ben’s favourite things include karate, his cockerpoo Charlie, Star Wars, the Minions and Lego. His dream is to meet Olly Murs – he even has outfits and hats similar to the ones that Olly wears!