Teesside-born actor Charlotte Riley is one of country’s bright young things making big noises on stage and screen. One to watch they say. Kathryn Armstrong caught up with her on location in Leeds... 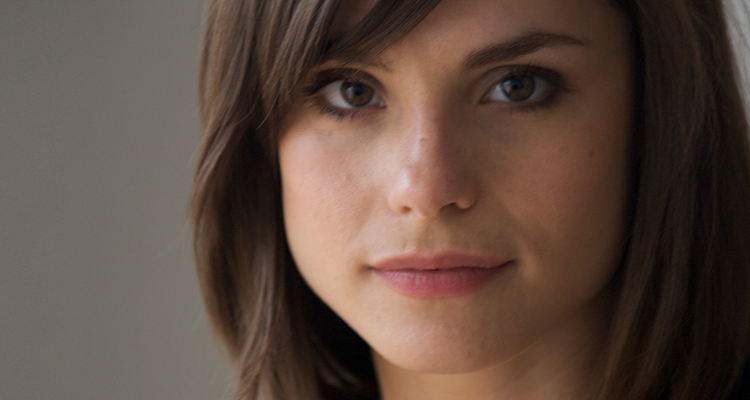 One from the Luxe archives! This time back in 2010, when a then 20-something-year-old Charlotte Riley, now wife to blockbuster beefcake, Tom Hardy, was just emerging as a shining screen star. Catch her on The Chris Evans Breakfast Show on April 28 from 6.30am…

He has been brutalised, bodice-ripped and murdered. She’s found real-life love with her on-screen Heathcliffe and has been up-close and personal with Colin Firth. A life of drama indeed for 28-year-old Charlotte Riley, actor with ‘bright young thing’ written all over her and loving every minute.

Hers is a tale of talent laced with charm and unaffectedness. She is becoming famous for her northern vowels and being able to pack character into every role. And roles they are. Tough cookie, provocative vamp, even real-life tabloid victim, she’s had to take them all on. And mostly comes up shining. 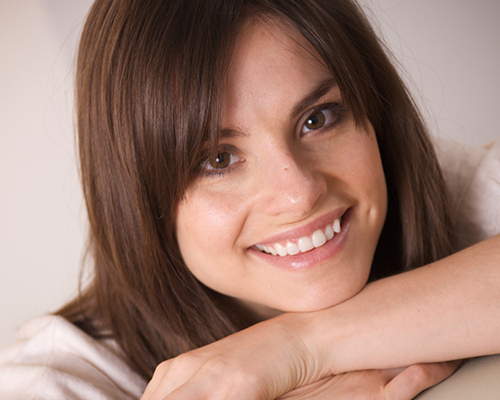 The spotlight is a place Charlotte loves, as long as it’s on the stage rather than in the papers or on the red carpet. She’s enjoying a stint closer to home as she films Aftermath, a drama due to screen in autumn.

She’s holed up in a hotel in Leeds on her day off from a gruelling filming schedule which for the past couple of weeks has seen her up at 5am then heading off to the less than glam surroundings of Barnsley where the drama involves a cellar, women’s bodies and torture.

“Meaty roles, yes”, muses Charlotte. She is chatty and charming, as ‘normal’ as they come. Not in the least bit luvvie though she has every right to be.

Her roles as Maggie in Martina Cole’s The Take, Foyle’s War and the movie Easy Virtue – the one with Colin Firth – have catapulted her to a nicely comfortable level of recognition. She’s not quite recognised in the street but often gets a second glance. More importantly, in terms of the stage and film she’s done enough to get called for auditions for some dream roles.

Among them of course, Cathy in Wuthering Heights. It was last autumn’s prime time period biggie. She owned the screen bringing this tragic heroine to life with sensuality, spirit and honesty in her performance. Her on-screen chemistry with co-star Tom Hardy set the scene for their now permanent relationship but they had starred in a number of TV dramas and stage plays together.

The Wuthering Heights performance reached massive audiences – and catapulted Charlotte onto the pages of The Sun. Headlines screamed that she had wrecked her Heathcliffe co-star, Tom Hardy’s relationship and he had left his child to be with Charlotte. None of it true she says. Yes they got together later – still are a couple – but his relationship had ended months before. Cue Charlotte’s auntie getting very stroppy with the Sun on her behalf as befits her protective and proud Teesside family.

Now she makes a point not to read about herself either in newspapers or online. 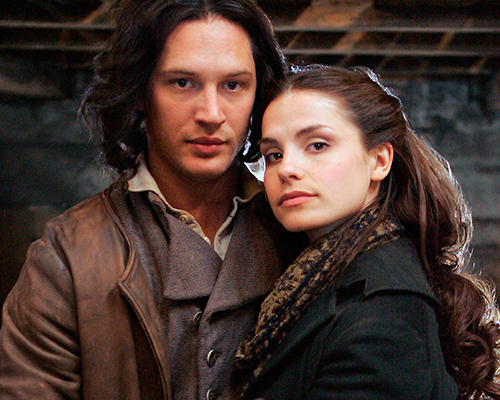 “I was in Paris when all that happened. It was awful but there was a point afterwards when I thought you just have to let it go because things are always going to be written about you.

She and Tom make a gorgeous, glamorous couple. He’s about to head off for Australia to star in the next Mad Max movie and will be away for six months.

Television roles aside, Charlotte has recently played at the Royal Court in The Priory. She admits. ”It’s any actor’s dream being there. Like playing at Wembley“. Her role was praised by critics and shone the light on her once again. But she remains modest.

“The opportunities I get are changing as I get a bit more experienced. I notice that people seem to like that I do accents”, she says in a soft Northern burr – Teesside with the edge taken off.

“Like going for any other job it is about proving yourself.”

TV roles to date have been pretty gruesome, “Dad had to leave the room when I was murdered in Foyle’s War and my auntie was a bit traumatised” she says.

They will have to handle more of the same with Aftermath, in which Charlotte teams up with another Teesside-born actor, Stephen Tompkinson, who plays the detective.

These are exciting times for the former Teesside High School pupil whose childhood home was in Grindon near Sedgefield. While she is based in Leeds she’s loving being able to make visits back to mum and dad Margaret and Malcolm, sister Joanne and brother Simon, not to mentioned the adored niece and nephews Maisie, Louis and Benji.

“It’s great getting back and seeing everyone – they’ve just got a chicken coup and five hens …fresh eggs! Work is crazy busy so it is lovely to retreat back to the family and see friends. I have plenty of pals who take the mickey out of those red carpet pictures of me – you can’t take yourself too seriously.”

“They saw me at the premier of Easy Virtue and were telling me I wasn’t doing that red carpet pose – you know, the side-on, hands-on-hips pose. I thought, I’ve missed out on the lesson for that – no-one tells you! I ended up looking daft and my mates really took the p… out of me!

“It’s really nerve-wracking having a camera pointed at you when you’re not in character –nowhere to hide.”

National newspapers have hailed Charlotte as one of the ‘new generation of British talent’ and reviews praise her work as ‘vivacious and dynamic’. She takes it in her stride, but there’s no escaping the fact that work is pouring in and she’s been put forward for ever more prominent roles on stage, television and film.

But she is no stage school graduate, pushed to perform since childhood. She had roles in school productions – including Captain Hook in Peter Pan but didn’t turn to acting until she was at Durham University studying English and joined the Durham Review.

Even then she never thought of acting as something she might pursue as a career until she and a friend, Tiffany Wood won the Sunday Times Play Writing Award for Shaking Cecilia which they performed at the Edinburgh Festival. After that she spent two years at LAMDA before winning her first part in an episode of BBC3 comedy Grown Ups, followed by Holby City.

She’s since worked with acclaimed actors such as Diana Rigg in The Cherry Orchard and Kristen Scott Thomas and Colin Firth in Easy Virtue. Of Colin she will only venture that he’s a bit old for her – though her mum and sister were impressed to hear  she had shared the make-up room with him on set.

She was starring with Maureen Lipman in the Cherry Orchard when she got the call to say she had landed the role of Cathy in Wuthering Heights.

“I screamed and was so excited. Maureen was so pleased they chose someone with a northern accent”!

She has always been serious about her craft and practises a theatrical technique called clowning. It has nothing to do with red noses and falling over but is about giving a performance a lightness of touch.

It enables Charlotte to happily take on the dark and violent roles she excels at. It means she explores the physicality of the role rather than going into a dark place inside herself to be able to act the victim.

“On stage it is about things like making eye contact with the audience, having that interaction and almost enjoyment of what you are doing. You get a freedom to be more daring and see it as a game on stage.

“It means you don’t go to a dark place but you apply a concept to a scene. Tom and I had to do a rape scene and we were very technical about it. We sat and talked about how he would drag me, how I would move, react. Working from clowning when doing a rape scene is so much better than sense memory, trawling your mind for some awful experience.“

She spent time in Paris last year working on this clowning technique of physical theatre, where actors such as Sacha Baron Cohen have studied.

As she ponders another 5am start and reams of lines and scenes to learn Charlotte reflects on success and that badge of bright young thing. What’s lovely is that she is so normal an unaffected. She’s having a great time on and off set. The future is bright and who knows how many more times she can look forward to being murdered. Just don’t tell dad.