SOIL FOR THE SOUL

A change of season is a big deal for Tommy Banks, the young Yorkshire chef who was a winner on last year’s Great British Menu. Kathryn Armstrong caught up with him to see how his garden is growing.

The Black Swan in the teeny village of Oldstead is slap bang in the middle of gardens and a landscape that play a pivotal part in everything that emerges from its Michelin-starred kitchen.

Take any ingredient and the kitchen team has had a hand in its sowing, nurturing, picking (often pickling), tasting, prepping, cooking and even its arrival at the table. There’s definitely a lot of food love and respect in Tommy Banks’ kitchen.

But when it came to putting that before the cameras and a formidable judging panel for TV’s Great British Menu, there was more than a moment of panic admits twentysomething wonder-chef Tommy Banks.

“I spent weeks dreaming of the food I was going to cook on there; I’d wake up thinking about it and head to kitchen and try something else.

“When it came to filming I was so, so nervous. At the restaurant my food makes sense because of the place – I wondered, will my food make sense in a studio in Camden, a place that’s a bit like a bunker? The pressure was so high.”

Obviously the food made perfect sense as the show scoured the country for chefs and dishes fit to serve at a 90th birthday banquet for The Queen.

The hyper-critical judges marked all Tommy’s dishes well but it was his inspiring dessert that wowed them to award a perfect ten.

The dessert, which he called ‘My Great Briton’, was a Douglas Fir parfait, with lemon verbena gel, white chocolate tuile and a ewe’s milk yoghurt sorbet. It was paired with a Douglas Fir sour cocktail. Adding to the drama and sentiment of the dish was the inclusion of a prop which featured a recording of his grandfather’s voice talking about the that well-known Yorkshire landmark, the Kilburn White Horse. The Black Swan sits beneath the hill – and his grandad was responsible for maintaining it.

“I was really close to my grandad who looked after the White Horse. It was really emotional, it was the first time I had heard his voice since he died. He was a massive part of my life. I never really got over losing him, it was awful, I was about 18 at the time. Doing that (the GBM) gave me a bit of closure and I felt like I had given something back. It is a really tasty dessert as well!”

Of that prized perfect ten, Tommy says: “When Tom announced my score and told me I had attained the joint highest score ever I was very humbled and honoured to be on par with chefs such as Daniel Clifford, Tom Kerridge and Tom Aikens. Having watched them before on the show it was amazing to be on the same level as chefs that I’ve always looked up to.”

Unsurprisingly, that moment in the spotlight has had a massive knock-on effect at the remote rural restaurant. Bookings went through the roof, there’s always a clamour for a Chef-signed menu and, it meant a Christmas break for the team for once!

“My mate Kenny Atkinson (of House of Tides, Newcastle) warned me”, laughs Tommy.

“He said GBM takes over your life. He said you have no idea what you’re letting yourself in for – the restaurant will go crazy and you won’t even be able to go to the Co-op without some saying ‘you’re off the telly’.”

That sums up how life has been in Olstead since, a village that’s as remote as it gets (definitely no Co-op). Which is part of the charm admits Tommy.

“In terms of staff, chefs really have to make a commitment to work here – they have to relocate, they have to buy a car and be prepared to live the job.

“We never get awkward customers! People have made the journey to get here and that remote road is a scene-setter in itself: there is anticipation and escapism.”

The field-to-plate element isn’t a gimmick here. Tommy’s family has farmed the land surrounding the pub for many years and his parents Tom and Anne bought the pub when Tommy was young, running it as a local pub and B&B with no great ambitions for its food.

They nurtured their own produce for economic reasons as much as anything – and the garden grew just as Tommy’s skills were growing in the kitchen. They employed a decent chef in the kitchen and the reputation for food spread. Tommy would help out in the kitchen but an illness when he was a teenager was a turning point in terms of his ambition.

“I had ulcerative colitis and three bouts of major surgery when `I was 18/19”, he says.

“I was bedridden, had no social life and was watching as my friends went off to Uni. I had no qualifications, trade or talent. I said to myself, when I get this sorted out, I am going to make something of myself. “

An understatement if ever there was one.

“I was a hungry young man, by the time I was 24 I was sous chef and we’d got a Michelin star. Chef left and I knew I had to try and keep the star. We worked so hard – 18-hour days.”

Tommy became the youngest Michelin-starred chef at just 24. But something was missing.

That’s where the garden came in. With know-how from his dad and the team plus some specialist advice from garden guru Ken Holland, Tommy hatched a plan to make his garden grow to perfection.

“I though, I have no knowledge or experience of cooking in top kitchens in London or wherever, but what do I know? We’re farmers!  I decided that I would restrict myself to things I we could grow ourselves or forage – and that was really the start of the ‘new Black Swan’.

“It’s nice if you can grow something and make it the star of the show – like our ‘Meatroot’ – beetroot cooked in beef fat for five hours. It starts off as a big chunk then cooks down with a smoky, sweet flavour – we’re really fond of that one! “

The garden’s harvest serves the restaurant all year – it’s easy to serve up fresh-picked produce in summer but many things are pickled, preserved and recycled – like the leaves of brassicas – for use out of season too. About 60pc of the menu is made up of food grown at the Black Swan. Bread is made on-site using unrefined flour from a mill at Kirbymoorside, fish comes from Hodgsons at Hartlepool. Game from local estates and lamb from the village farm.

The restaurant had a makeover last year to create an airy, Scandi-feel dining room which feels really laid back. It has an open kitchen so diners can pop over and have a look at how their scallops are being cooked.

“We want people to feel that it is comfortable. Welcoming and unstuffy.

“I want chefs to put the seed in, grow it, harvest it then cook it and serve it to the table so the food comes full circle to the customer and has more meaning.

“It is food we really believe in and we put our heart and soul into it.”

Even the furnishings are local – the simple, expertly made chairs were sourced eight miles away in Thirsk. The Neva chair is a 2015 Interior Innovation Award winner from a young Croatian design duo. For the dining tables, inspiration came from organic shapes with the idea of making the stunning Yorkshire landscape part of the dining experience. Every table is unique; with interwoven metal legs representing sapling trees in tangled undergrowth; the result of many hours of bending and welding in the farm workshop. 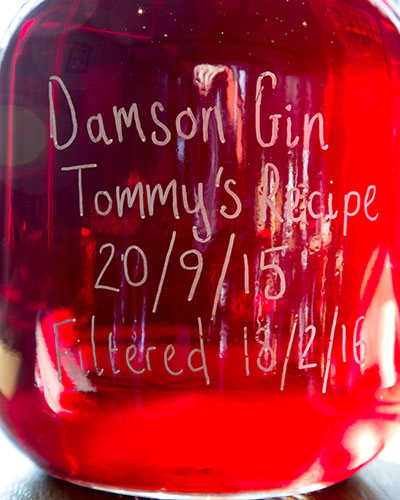 Guests can stay in rooms in villages houses next to the Black Swan. They are super-tasteful with contemporary rural-chic styling. One nice touch is the toiletries range – Molton Brown’s Rhubarb and Rose fragrance collection. Tommy is an ambassador of sorts for the brand having created a range of sweet treats using the rhubarb and rose ingredients for the company’s product launch.

Back in the garden, a change of a season is always a thrill for Tommy and his team who are really at the top of their game at the moment.

“We keep developing what we’re doing; planting, picking and getting excited about what will appear the next week.

“I love it when summer comes and we pick the veg at 5pm then serve it at 6pm – that’s when the magic comes”, enthuses Tommy.

“It is a great place to be at the moment – everyone enjoys coming in and guests and staff are really into what we’re trying to achieve here – I’ve never felt so fulfilled!”