What better way to celebrate International Women’s Day than to look back at some of our lovely and inspirational luxe cover stars...

Jane Percy has been serving as the Duchess of Northumberland since 2009 and is best known for her redeveloping of the much-loved Alnwick Garden at Alnwick Castle. Alnwick Castle has gained worldwide recognition in recent years, starring in award-winning screenplays including Downton Abbey, Blackadder and the Harry Potter film series. Her passion is to maximise the potential of small and big screen publicity to secure financial success for the castle and especially the garden, thus ensuring the future of charities she has created within it. She has the title, the castle, the lavish lawns and royal contacts – so who doesn’t want to know if her life is really Downton Abbey-shaped? But pondering aside, not only is she a very successful business woman, the Duchess is passionate, down to earth and does everything with local people and her charity work in mind.

Our gorgeous March/April 17 cover star, Lauren Laverne sets off on a cultural journey every day. From Cbeebies, to BBC Woman’s Hour, to 6Music and beyond, the Wearside-born culture maven is adding her formidable voice to her hometown’s Sunderland City of Culture Bid for 2021. Lauren denies being anything near a role model for women, but her success, efforts and inspiration is all quite clear to see. A witty panelist on Have I Got News for You, a 6Music presenter, the voice of Late Night Woman’s Hour or the confident 90s singer; however you see Lauren Laverne, she’s a talented, incredibly cultured individual – and she’s proud to call the North East home. 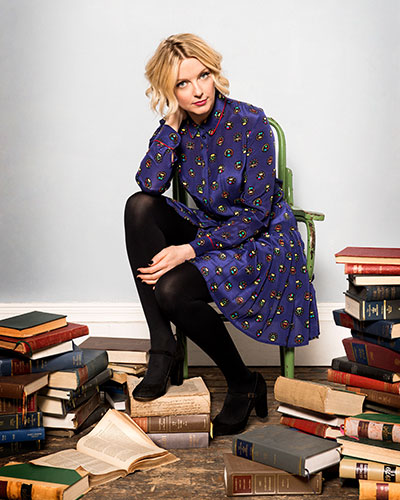 It seems like the most glamorous of jobs. Hair and makeup, TV studios and time spent rubbing shoulders with the greatest names in the game. The day job finds Hayley McQueen trimmed up for the all-seeing Sky cameras, but downtime means hair up, makeup off and a road trip back up north for some serious ‘home’ pampering. The humble broadcaster is highly regarded in her role, having been in the industry for well over a decade; but her job still comes with a whiff of the so-called ‘man’s world’. Hayley handles this oh-so well. She’s a role model for female journalists and broadcasters coming up through the industry. Not just an ‘in the know’ football fanatic, the face of Sky Sports and an experienced journalist with a brilliant book of contacts, she’s an inspiration to women, she’s a North East girl and she’s well and truly in a ‘league of her own’.

Maimie (christened Mary – ‘Maimie’ coming from when brother Rory couldn’t pronounce it properly), was brought up near Stokesley where her parents Eugene and Barbara McCoy ran the ever-popular Tontine – now in charge of The Crathorne Arms near Yarm. Maimie attended Stokesley School and after graduating in London, embarked on an acting career which has seen her in a number of solid roles – including the series Personal Affairs and Victoria Wood’s drama, Loving Miss Hatto. She upped her career in 2014 with a role in Musketeers – the BBC period action drama based on the characters from Alexandre Dumas’s novel The Three Musketeers. Her heroines are Cate Blanchett, Emily Watson and Kristin Scott Thomas – it’s safe to say she loves strong female characters. And in our eyes, she is one too. Luxe love Maimie McCoy!

Jayne Secker is known to millions as Sky News’ daytime news presenter, but in the North East she’s happy just to be known as ‘Kathy Secker’s daughter’. She had grown up with a mum who was a real North East celebrity, a woman who, she remembers, was mobbed like Posh and Becks are today, when she went out and about. Jayne spends most mornings behind the presenters’ desk at Sky News. A familiar, reliable face who might at a moment’s notice be sent off to report a breaking news story such as the Charlie Hebo attacks or Nice’s Bastille Day terror. War zones are familiar territory; she witnessed the ‘shock and awe’ bombardment of Iraq from a US warship and was inches away from death in Gaza, breaking a leg as she dived for cover after a bomb blast. She’s travelled through Vietnam and Cambodia on the trail of Gary Glitter’s young victims as well as reporting on child mortality in Liberia and illegal logging in Brazil. All of which add up to an impressive CV – but Jayne remains the North East girl at heart – still chuffed to bits to be taking on Kathy’s charity role. Grace House  is the purpose-built respite centre that was founded in Sunderland by Kathy. It opened just a few months after her death and is a fine legacy to her. An honest, kind and brave role model.

Made in South Shields, Barbour is a global fashion success story with name-drop customers like the Queen, Alexa Chung and James Bond. At the helm is Dame Margaret Barbour. In 1964 the company was turning over £100,000 a year, and when Margaret’s husband John Barbour sadly passed away in 1968, the business was left in the hands of herself and her mother in law. A duo that surprisingly, worked really well. Margaret plugged gaps in the range, introduced navy where there had only been olive and brown, launched new styles and commissioned exclusive tartan for Barbour’s linings. It’s safe to say, Barbour was an early incubator of girl power!

With plans for a baking empire ‘bigger than Betty’s’, Stacie Stewart is an aspirational, Sunderland-born baker who’s made her way to the top. An author, columnist, bespoke baker, DJ, TV cook and MasterChef finalist, she’s a regular face on the festival and evens circuit, giving cooking demonstrations and tips to foodies all over the country. Stacie ran a pop-up bakery at London’s Fortnum and Mason, based on recipes from her fist cookbook, Stacie Bakes. Stacie, from Rocker, Sunderland, has earned her success as on inspirational figure and a North East foodie favourite.

Kathryn Tickell’s home in Redesdale is the landscape and inspiration for her award-winning music. Her work has a global reach, but is rooted in Northumbrian surroundings. The family home is a solid converted water mill with the thickest walls and huge ancient fireplaces. It’s surrounded by walking wilderness – and it goes without saying that musical references are everywhere. With her trademark red hair and gentle demeanour, she is a musician’s musician, with a raft of accolades including BBC Folk Musician of the Year in 2013 and in 2009, she was presented with The Queen’s Medal for Music, awarded to those deemed to have made an outstanding contribution to British music. Kathryn was awarded the OBE in the Queen’s Birthday Honours List, 2015. The OBE recognises her extraordinary career which began with learning tunes from old shepherd friends, evolving to worldwide recognition in everything from jazz numbers to large-scale orchestral works. 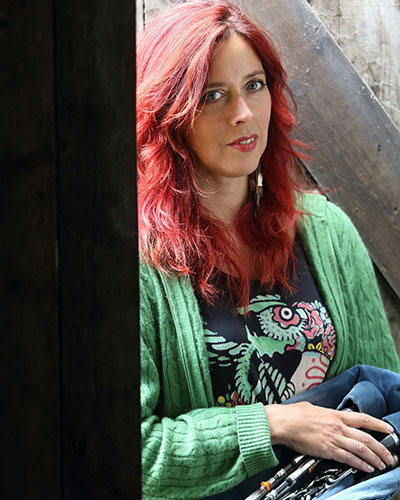 Jill Halfpenny’s moments in the spotlight go from one extreme to the other. Her acting career started early in the BBC children’s drama “Byker Grove”. This was just the start, and after appearing in various television and theatre roles, she joined the cast of “EastEnders” in 2002. She left the soap in 2004, returning to the stage as Roxie Hart in the West End musical “Chicago” and has continued to perform on stage and screen ever since. We’ve seen her throwing dazzling dance moves to win TV’s Strictly Come Dancing and we’ve seen her as beleaguered Diane in the BBC 1 Kay Mellor drama, In the Club where she’s up to her elbows in dribbling babies, nasty nappies and a criminal for a husband. The Geordie actor loves the fact that writers like Kay Mellor and Sally Wainwright – who wrote Happy Valley – are creating gritty and genuine roles for women on television. Though Jill is based in London, where she is mum to eight-year-old Harvey, she’s regularly back home to family in Gateshead.