WHAT’S ON THIS WEEK

We've got your half term covered with a fine selection of theatre, music, family and foodie fun for little ones and adults alike

Make a date with the Kings of Leon at the Metro Radio Arena this Friday. The multi-platinum selling band will wow audiences with seventh studio album ‘WALLS’. The album has received widespread critical acclaim with NME declaring the, ‘Kings are well and truly back’. Don’t miss out on this musical phenomenon and be part of chart-topping history – a night to remember. 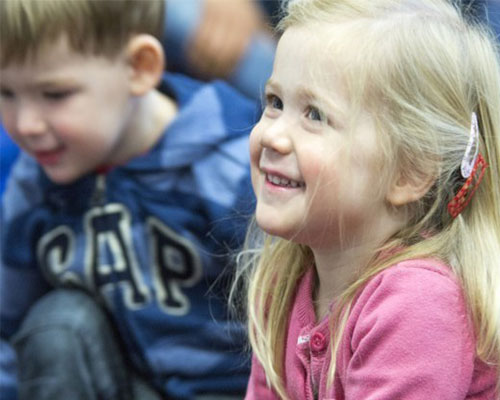 Head over to the Sage, Gateshead this February half term to keep the little ones busy. It’s a hands-on workshop for all the family, where you’ll get involved in some crafty fun and games. It’s suitable for all age groups.

It might still be February, but it’s not too cold for ice cream! Take the family for a fun-filled, foodie day out at Wheelbirks Farm. With it’s award-winning ice cream, delicious milkshakes and mouthwateringly good desserts, you’ll never want to leave. Take in the beautiful surrounds of the Northumberland countryside as you enjoy a cool refreshment – and take home some delicious, locally sourced ingredients. A truly, tasty day out – and who says ice creams just for summer anyway?

From adrenaline-fuelled adventures to exhilarating expeditions and thought-provoking experiences, explore a bit of everything from the far flung corners of the globe in this exciting event at the Princess Alexandra Auditorium. You’ll travel through a journey of fascinating footage, igniting your passion for action and travel through a montage of the latest films from the most talented adventure film makers of today. The Banff Mountain Film Festival World Tour is the world’s most prestigious film festival, bringing together the most magnificent short movies for viewers to relax and enjoy. Travel thousands of miles from the comfort of your theatre seat this week.

THROUGHOUT FEBRUARY HALF TERM

Join in the fun at Fenwick, Newcastle this February half term. There’s a range of fun and exciting activities to keep the kids happy – including a lego play table, face painting and several competitions offering fantastic prizes. A fab day out for the little ones – and a helping hand for grown ups who deserve some serious shopping time!