North East chef Andrew Richardson is setting Vancouver alight with a talked-about restaurant that takes wood-fired cooking to another level. A new book explores his culinary journey. Kathryn Armstrong catches up with him on a visit back home 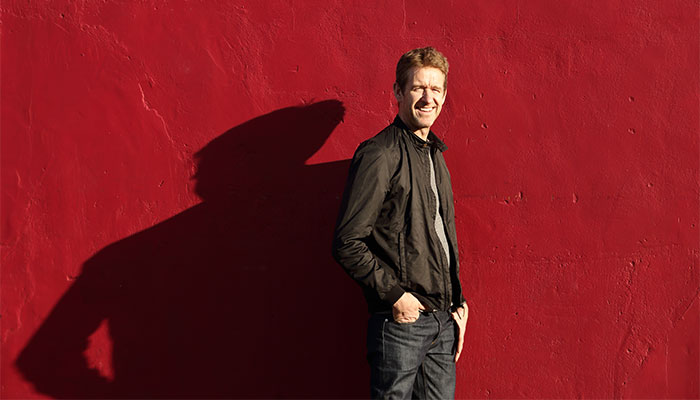 Andrew Richardson is on a visit home to family in Sunderland and, having been away for a few years, is taking stock of the region’s culinary landscape.

With long-time friend and colleague Terry Laybourne (they started out at the famous 21 Queen Street together), Andrew’s ‘cook’s tour’ stops for lunch at Staith House in North Shields where chef John Calton is at the helm; “lovely local game, great grouse, good fish – nice to see such impressive local produce on the menu”, concurs Andrew.

He is wowed by the goings-on in Fenwick Food Hall; “It is really nice to see the progress being made in the city in terms of food – and good to see the guys at Saltwater.

“The nice thing is walking around Newcastle and seeing so much going on. I’ve got mates
at Arlo in Jesmond and the Biscuit Factory, really impressed by it all”, he admits, not forgetting Sunderland: “My dad is in Sunderland, I went to see him and I drove by the fish quay – the fish market there is astonishingly good, I was blown away by the range and quality of fish they sell.”

His culinary buddies are basically alumni of the ‘class of 21 Queen Street’; a collective of chefs who trained with Terry Laybourne and now span restaurants across the region, and, like Andrew, the globe. Often taking with them signature dishes which are imprinted on the inner menu of every North East food-lover. The ham hock terrine, the twice-baked soufflé…

“When I worked with Terry we did the classics – that cheese soufflé I cooked for 20 years and I thought I’d had enough of it but at the restaurant in Vancouver we did a version of it with Italian cheese – and customers can’t get enough of it! It is now a classic for us and we couldn’t take it off – so it is nice to be able to refresh those classics for a new audience.”

Andrew trained at 21 Queen Street and worked at Bistro 21 in Durham before heading off to Vancouver in 1999. 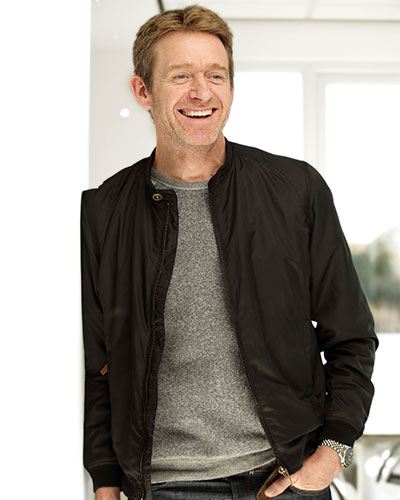 He then worked in a range of Michelin-standard restaurants in Canada until California’s Napa Valley beckoned, then it was a move to Whistler in Canada where he was executive chef for acclaimed restaurant, Araxi, a pioneer in farm-to-table dining. He worked at The French Laundry, and then moved to Calgary to open the top-rated Blink as part owner.

After nine years away, Andrew returned to the North East and spent time in the kitchens
at Jesmond Dene House, anticipating being joined by girlfriend Lesley, also in the
hospitality business.

But before she could come over, she was involved in a serious car accident in Canada – and this meant that Andrew headed back to Canada for her recovery. His career path then brought him to the Toptable Group which owns a tranche of style-setting restaurants where he now operates as executive chef at CinCin Ristorante.

Here the wood-fired oven takes pride of place. It is a thing of beauty in bold, steel, firey kind of way, a ‘behemoth’ of cooking equipment.

Think Chiltern Firehouse in London, only Andrew was there first. The concept is a simple one – fine ingredients enhanced by the grill; as Andrew says; “pretty much everything in the restaurant is touched by fire.”

That might mean a scallop or a peach, a leg of lamb or an entire fish. You can cook fierce or you can do delicate, such is the control of the flame available to the chef.

“The grill is the beating heart of the restaurant. I am blessed to have amazing ingredients available to me. I think as a chef that with time you simplify what you do – where I am working I have phenomenal produce to work with. Wild mushrooms, mountain herbs and great fish from the oceans. With wood-fired cooking you can enjoy the natural flavours.

Andrew’s cookbook, CinCin: Wood-Fired Cucina, tells the story of the installation of the grill and the development of the kitchen’s dishes following it.

A piece of fish might be cooked on the stove but an accompaniment or a salad dressing might have smoked orange juice as an ingredient – he will roast whole oranges in the embers until blackened and uses the smoked juice inside.

He is inspired by Argentinian chef Francis Mallamann, something of an expert on gaucho-style barbecuing. As a guest chef at CinCin the pair of them made a fire on the street outside of the restaurant and grilled into the night.

Andrew adds: “I believe in simplicity, and the interaction of absolutely prime ingredients on the plate—the passionata, as the Italians say. Less is often more.”

My mother used to make pizza when we were kids. I’d go upstairs looking for clothes that had been washed – they would usually be hanging in the airing cupboard. There, in amongst the clothes would be the bread dough for the pizza – proofing.

The last meal you ate >>

Scrambled eggs with truffle. November is truffle month at CinCin – we have an abundance of both black and white truffle in the kitchen. Sometimes on a morning when I get into the kitchen early before anyone arrives I’ll make myself scrambled eggs on toast with fresh grated truffle!

Restaurant you return to time and time again >>

When I come back to England my first stop is usually London. I love to go to the River Café on Thames Wharf. I’ve been going ever since Terry Laybourne sent me for a stage about 17 years ago. I live in Vancouver and
San Francisco is close. I go frequently and never miss out on Tartine and the bar at the Slanted Door.

McCoys the Tontine, the downstairs bistro. About 30 years ago I ate poached halibut with a langoustine jus and girolle mushrooms – I can still taste it.

We did an event with Francis Mallmann two years ago. I admire his free approach to cooking. His mind is open to any and all possibilities. Cooking with fire is a daily challenge and he approaches it with so much thought and intelligence.

Coffee – first thing in the morning. I grind it fresh every day to make a French press. I enjoy tasting different brands and roasts.

Pizza with a big glass of chianti.

If I was to go tomorrow? Jamon Iberico de bellota with bread, olive oil, tomatoes, a nice piece of parmesan, Spanish Bay of Biscay anchovies and some nocellara olives – or a shepherds pie like my mother used to make.