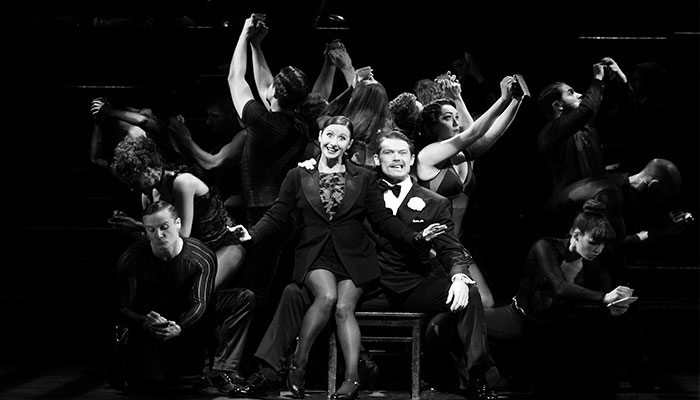 Think a nightclub singer, a double-murderess, and a cell block filled with sin. Chicago is the much-loved, musical story of murder, greed, corruption, adultery and treachery. Based on real life events in the 1920s, the show tells the tale of sweet little Roxie Hart, who shoots her lover and joins a cell block filled with female characters who fight to dodge a death row sentence. During her time at Cook County Jail, Roxie’s showbiz dreams and hunger to succeed leads to an in-jail rivalry between herself and Velma Kelly. With the help of smooth talking lawyer, Billy Flynn, Roxie and Velma fight their way through the justice system with a shared desire to reach stardom. This satire based on the corruption of the criminal justice system will have you singing, dancing and laughing through its incredible score.

EastEnders and West End star, John Partridge is the dishy Billy Flynn, a savvy lawyer who has a perfect track record in swaying public opinion when it comes to celebrity court cases, while ex Coronation Street and Emmerdale actress, Hayley Tamaddon, adds to her theatre credits by playing Roxie Hart. Taking Chicago’s sensational score to a whole new level is Mica Paris, who stars as Mama Morton. The platinum selling singer will wow you with her vocals, most famous for her debut 1988 album ‘So Good’, from which she had her first top ten hit My One Temptation. Sophie Carmen-Jones is another West End star and plays Velma Kelly in this production alongside Neil Ditt as Amos Hart and A.D Richardson as Mary Sunshine. 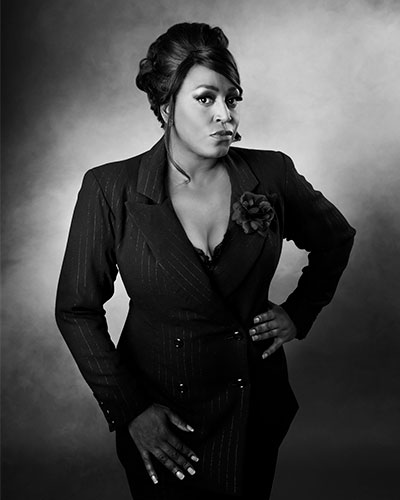 The wit, the comedy and most importantly, the spellbinding numbers make Chicago an all-rounder when it comes to theatre splendour. Its sassy score includes, All That Jazz, Cell Block Tango, I Can’t Do It Alone, Mr Cellophane and Razzle Dazzle, all played by the live band who appear as the backdrop on stage throughout the show. My personal favourite being the Cell Block Tango, telling the tantalizing tales of Velma and the girls of Cook Country Jail. At the very heart of the 1920s-style set, the orchestra take the audience on Roxie Hart’s jazz-driven journey from cell block to stardom. 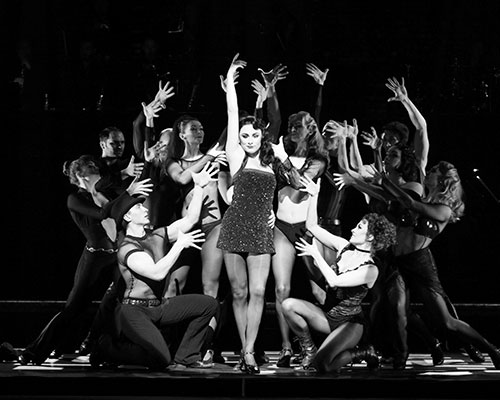 A satirical twist on the justice system and a nod to the ‘celebrity criminal’, this production embodies everything we know and love about theatre. It’s action packed, it’s entertaining, easy to follow and will have you toe-tapping your way through the evening. Kicking off with the classic number All That Jazz, Velma Kelly brings the theatre to life, warming the audience up with an all-singing, all-dancing, sassy act.
Partridge’s confident, assured performance perfectly embodies the slick, sleazy role of Billy Flynn – uninterested in the concept of innocence or guilt, merely driven by his $5000 fee. Both Tamaddon and Carmen-Jones take the parts extremely well, with a fierce rivalry that develops into a flawless connection and the power to take on some of the biggest duo numbers in theatre history. They’re rendition of Hot Honey Rag is exquisitely in synch; an upbeat scene, signing off the second act in style.
For me, however, it is Mica Paris who really steals the show. Her vocals are phenomenal and she’s the perfect fit for the part; a cool, calm and collected matron of the Cook County Jail who, when she opens her mouth to sing, blows the audience away. Of course, with a whole host of sniggles and giggles throughout the show, the largest piece of comic relief comes with A.D Richardson’s role as Mary Sunshine, the newspaper reporter who follows the trials of both Roxie and Velma. An intriguing character with vocals reaching awesome heights, she leaves you wondering something that will have you kicking yourself in a later reveal.

Anyone who’s up for a dazzling night out. From corrupt storylines and a reoccurring sense of comic relief, to all-singing, all-dancing, feel-good numbers, it’s safe to say that this show has it all. A superb soundtrack, stunning choreography, breathtaking costumes and all the razzle dazzle that comes with 1920s theatre. It’s sassy, seductive, sensual and a truly sophisticated – it would be a crime to miss out.