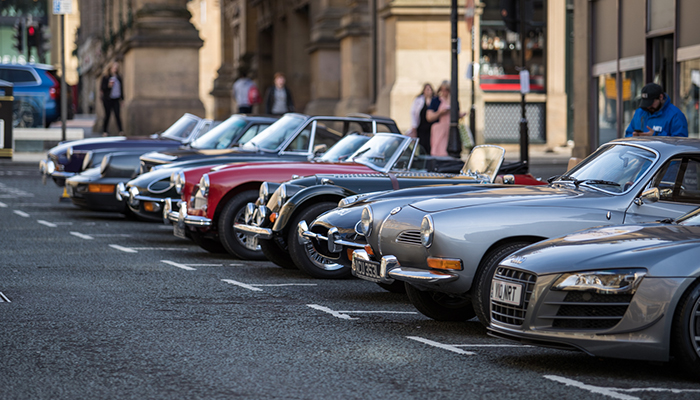 There’s nothing quite like being chauffeured around the region in your very own vintage Jaguar. Not bad for a Wednesday morning, we think.

Zooming and zipping around our beautiful region was the name of the game when we joined a gang of petrol-heads and took to the roads ahead of NE1 Newcastle Motor Show this weekend (July 9-10). 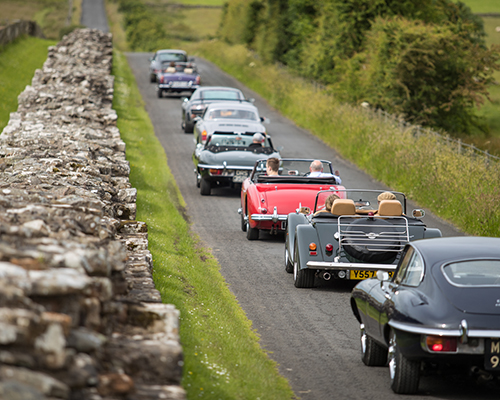 A host of vintage stunners took centre stage during the classy convoy – a mix of shiny, whizzy motors and sports cars that will also be showcased at the two-part event – in a bid to spread the word and give people a real taster of what to expect at this weekend’s jam-packed motoring festival.

The celebrations began early on Grey Street, Newcastle, where the nine motors were on display for all to see. Many gathered to admire their good looks and, of course, take a few obligatory selfies. 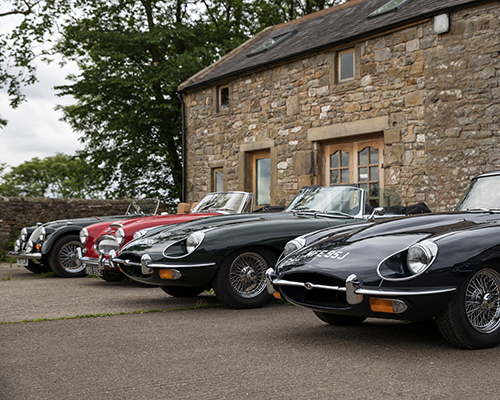 On the list were a E type Jaguar (ours for the majority of the morning), a Porsche 911 Carrera, Austin Healey 3000, VW Karmann Ghia, two convertibles from Morris Minor and BMW (2002 Targa), an MGB Roadster and, last but certainly not least, a beautiful Morgan Plus 8.

Alongside the vintage vehicles was a racy Audi R8GT – number 77 of only 333 in the world and one of only 33 ever to be released in the UK. Car enthusiasts will be pleased to discover that the nippy number is equipped with a 5.2 v10 engine and does 0-60 in less than four seconds, with 630 horse power. Thrill-seekers with a need for speed need to check this one out.

From Grey Street, we embarked on a scenic drive out to Northumberland, taking in some of the most gorgeous scenery we’d seen in ages. A drive in the country does you good – even better from the plush seats of a 1960s Jaguar.

The A69 took us to Greenhead – just past Haltwhistle – and then to Gisland. This pretty little village straddles the border between Cumbria and Northumberland, providing fresh-air, rugged view of Hadrian’s Wall and beyond.

And because cake and cuppa moments should never be ignored – even when you’re zipping about and  enjoying plenty of soft-top action – we also stopped at a neat cafe and cheese maker in nearby Birdoswald, before touring the likes of Cawfield, Housesteads and Chollerford. Lots of lush, green scenery here – and, to our photographer’s delight, lots of sunshine.

Sycamore Gap near Hadrian’s Wall – a location that’s thought to be the most photographed part of Northumberland and a one that once starred in Kevin Cosner’s Robin Hood Prince of Thieves movie back in 1991 (who doesn’t love a bit of Cosner?) – made for a stunning final rest stop.

Make sure you get yourselves along to NE1’s motoring extravaganza this weekend so you can check out these fab motors – and many more standouts – for yourselves.