So much going on as we spring into summer. Elysia Agnew gets to grips with the cultural to-do list...

Put your finest foot forward this summer as a major fashion exhibition comes to the North East. Straight from the capital’s Victoria & Albert Museum, Shoes: Pleasure and Pain is exhibited at The Bowes Museum. This June, visitors will see more than 200 pairs of historic and contemporary shoes, created by big name brands including Jimmy Choo, Christian Dior, Manolo Blahnik and Christian Louboutin. This is a truly unique showing, The Bowes Museum being the only UK venue outside of London to host this display. A stunning exhibition showcasing the agony and ecstasy of footwear through the ages. Not only will the show explore extreme footwear, unique visuals, and interesting designs, it will also share fascinating stories, featuring the very shoes worn by icons such as Sarah Jessica Parker, David Beckham, Queen Victoria and Kylie Minogue. Step into a shoe haven this June at The Bowes Museum. 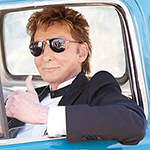 Hitting the road on his last ever world tour, Barry Manilow stops off at the Metro Radio Arena to share with you his hit music and chart topping songs. Launching his multi-city ONE LAST TIME! Tour in North America earlier this year, the award-winning artist will take the North East by storm in a concert that he says is: “my way of thanking everyone for their years of support… one last time!” He skyrocketed to stardom when ‘Mandy’ topped the charts in 1975, and in the spirit of that exceptional year of his life, tickets will be priced at £19.75. A final celebration with one of the greatest – not to be missed!

Newcastle and Gateshead quaysides will come to life in celebration of the Queen’s 90th birthday. From 11am see military parades, performances and a mini-flotilla on the Tyne. Visitors will be invited to join in a rendition of happy birthday followed by the traditional three cheers, which will resound alongside a three round gun salute from HMS Calliope. Members of the armed forces, voluntary organisations and youth groups will be taking part in both events. A gala concert also takes place the previous evening at Newcastle City Hall.

What better way to celebrate the 90th Birthday of our Royal Highness than a spot of afternoon tea in the company of Wynyard Hall? The Stage Rooms will play host to this special occasion, serving up traditional afternoon tea and a gentleman’s afternoon tea in celebration of HM The Queen.

A brand new production of the Broadway and West End smash hit musical, Sister Act returns to the UK in an astounding tour featuring Alexandra Burke. Sing hallelujah as the X-Factor star takes the stage of Newcastle’s Theatre Royal. This feel-good musical comedy based on the hit movie, features dazzling dance moves and songs inspired by motown, soul and disco. The all-singing, all-dancing production follows the story of Deloris Van Cartier, a disco diva whose life takes a turn for the worst when she witnesses a murder. Disguised as a nun, Deloris helps her fellow sisters find their voices as she unexpectedly rediscovers her own. A powerful, passionate and truly hysterical show, perfect for the whole family this summer. It’s the funniest and funkiest musical to hit the stage.

Hop on your bike this June and take part in one of the most prestigious cycling festivals in the UK. Our region is proud to present the Cyclone Festival. The perfect opportunity to dust off those pedals and get out on the streets of the North East. Cycling continues to increase in popularity, so what better way of celebrating than to join in on this three-day cycling extravaganza. Rides include the Virgin Money Tyne 6 Bridges Leisure Rides, the Virgin Money Cyclone Challenge Rides, the Women’s National Series Road Race and the Beaumont Trophy UCI 1.2 Road Race. Expect to see thousands of riders and spectators, once again raising the status of cycling and creating history as part of the national sporting calendar.

With four actors, 130 characters and 100 hilarious minutes, the 10th Anniversary Tour of Alfred Hitchcock’s classic spy thriller, The 39 Steps, is brilliantly recreated for the stage. Newcastle’s Theatre Royal will stage the story of Richard Hannay for a full week. This inventive and gripping comedy thriller features four fearless actors who pack an electrifying performance into just 100 side-splitting minutes. 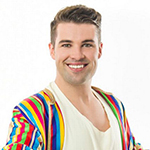 The UK’s longest-running musical, Joseph and the Amazing Technicolor Dreamcoat will take to he Sunderland Empire stage this summer. The sparkling family musical retells the Biblical story of Joseph and the coat of many colours. It includes unforgettable songs such as ‘Any Dream Will Do’ and ‘Close Every Door To Me’. This dazzling production of Tim Rice and Andrew Lloyd Webber’s award-winning musical features X-Factor winner, Joe McElderry.