Luxe finds out what chef Alan O’Kane is serving up from his newest North Yorkshire kitchen... 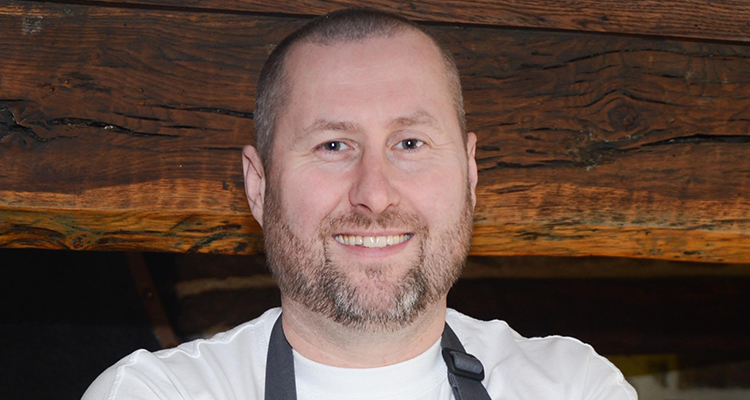 If you’ve been a long-time food fan in the North East chances are you’ll have tasted Alan O’Kane’s food.  It might have been fresher-than-fresh seafood at Sidney’s in Tynemouth, gastro classics at The Angel in Corbridge or fine dining at the grand Wynyard Hall.

Now, Alan’s bringing a taste of Yorkshire topped with a healthy sprinkle of experience and passion to the Black Swan Hotel, Helmsley where he captains the kitchen as new head chef. In the Gallery restaurant at this market town hotel, Alan presides over a dining room which lays claim to three AA rosettes. 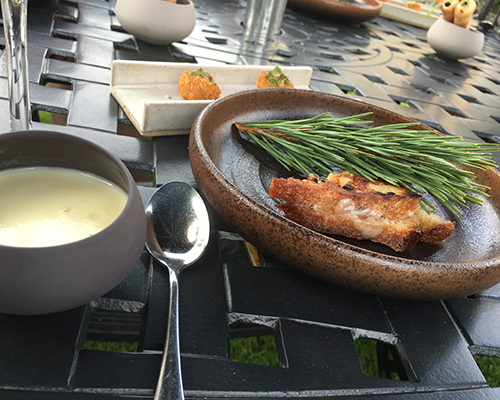 Highlights of the six courses to follow included a hearty chunk of grey mullet in a rich, creamy seafood broth with mussels and cockles scatted with sea herbs and fresh beans. Stylish stock base for the sauce and deftly-cooked piece of fish.

We followed this with a platter of raw Scottish venison. Not for everyone, raw meat – but the slightly steely, dense flavour of long-matured vension was paired with equally intense flavours of burnt orange and smoked coconut for a ‘love or hate’ texture and taste experience. We liked, though it wasn’t for everyone dining with us.

A good chunk of soft-pink Gressingham duck was served next with a dinky slice of charred cob corn and little whiskers of sweet potato ‘straw’, shitake mushroom, peanut and Tosazu sea lettuce adding an element of Asian influence to a finely-tuned dish.

Desserts came next to the party in the form of a buffalo ricotta cheesecake with passion fruit curd and pistachio. For the chocolate fans, a second show-stopper of a dessert was an earthy bitter chocolate namelaka – a Japanese term which means ‘creamy texture’. Milk sorbet and spiced espresso cake were served with the whipped, creamy peaked choc crème.

Clearly Mr O’Kane is on form in his Yorkshire kitchen backed by a great front-of-house team at The Gallery (so named because of the stunning original art on the walls – which after a few glasses of wine you may well snap up for your walls).

And his latest food adventure follows on from an impressive career which has seen Alan work in kitchens at The Savoy, and later at The Capital, where his classical culinary skills were honed. In his native North East he owned two businesses, The Angel of Corbridge, and Sidney’s at Tynemouth. Subsequent roles have included The Fisherman’s Lodge at Jesmond Dene, Wynyard Hall, Gilpin Lodge and Foxhills Country Club, Surrey.

Alan’s achieved 3AA rosettes for restaurants at Wynyard Hall and Gilpin Lodge. His other accolades include Michelin’s Bib gourmand at several establishments, Small North East Hotel of the Year (La Route Guide) and voted ‘Top Coastal Restaurant’ in The Times and The Observer two years running at Sidney’s.

When not working, shooting is one of Alan’s hobbies, so the move back to the North Yorkshire and the Black Swan, close to some of the country’s finest moors, is certainly a good move.

Naturally, there is an enthusiasm by the abundance of produce from field, farm and sea, available in North Yorkshire, ‘God’s pantry right on the doorstep’ he remarks.

Tasting menus at the Black Swan, £65 per person |  blackswan-helmsley.co.uk