Elysia Agnew lifts the lid on this spring’s cultural highlights 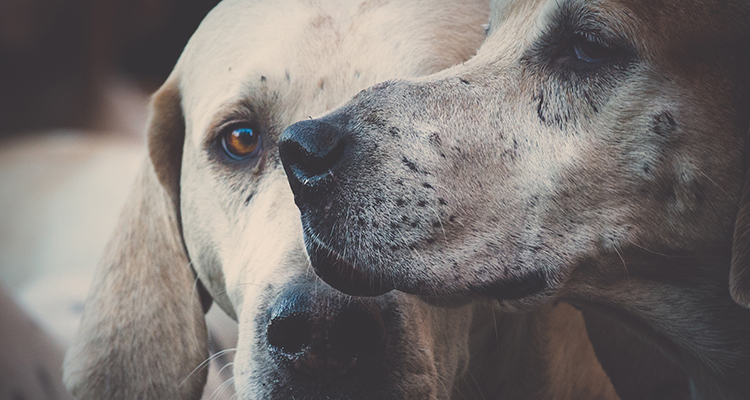 He will headline the gallery’s spring show. Twose, who was Artist in Residence at the Royal College of Art last autumn, won second prize in the prestigious BP Portrait Award at the National Portrait Gallery in 2014 for his painting of fashion model, Jean Woods.

His new solo show, Hypnos, explores two themes – interiors and portraiture – as Twose explains: “The first theme focuses on interiors with blurred figures. I have been painting scenes like these for years; trying to evoke a sense of presence and absence, and how empty a space can feel as someone leaves.

“The other set of images arose from my time working with Gifford’s Circus and later, The Mark Bruce Company – a contemporary dance group.”

The spring show includes a diverse collection of contemporary paintings, prints, glass, sculpture, textiles and jewellery. It opens with a special launch event on Friday 4 March, which Twose will be attending.

The most spellbinding festival of the year returns to South Shields with the 13th Magic Festival attracting astonishing performers from across the globe. Highlights include: the Family Magic Extravaganza, and the International Gala Show plus exclusive shows that have travelled the world. Performers include Will Houstoun, Chris Rawlings, Peter Clifford, John Carney, Paul Wilson, Andi Gladwin, Chad Long, Rafael and Michael Vinvent.

Two photographers whose work started in an unconventional way will be sharing an exhibition at The Station in Richmond from 12 March.

Andrew Bainbridge’s shots are taken on his phone – but his eye is used to being behind a television camera. He began his career working as a runner for a large TV commercials production company in the early 1980s and now runs North By North East, a production and location facility for companies wishing to shoot in the region.

This debut exhibition features prints shot only on his phone, as well as works from photographer Tracy Kidd, a former hairdresser who takes stunning stills, most notably of animals (above) including the Zetland Hunt hounds.

The timeless story of love and betrayal has inspired theatregoers across the globe for hundreds of years. The Birmingham Royal Ballet commemorates 400 years since the death of Shakespeare with a national tour of Romeo and Juliet. With a cast of over fifty dancers, well-known moments including the balcony scene, are captured beautifully in ballet form. The exquisite spectacle is accompanied by Prokofiev’s score.

Head to the Wynyard Hall for a vintage movie screening of ‘Casablanca’. The movie will be accompanied by a luxury afternoon tea. a perfect setting for a perfect movie.

A truly magnificent musical spectacular comes to the Sunderland Empire this March. The traditional opera, Tosca, depicts an explosion of love and treachery, set against the dramatic backdrop of Rome and the Napoleonic Wars. Puccini’s fully staged opera is directed as a Gothic, Victorian horror story and tells an epic tale of true love, torture, murder and suicide.

Bettys is the perfect venue to indulge in an evening of classic swing and a three-course dinner. Bettys, Harrogate hosts An Evening of Classic Swing with Richard Daniels singing hits from Frank Sinatra, Dean Martin and Sammy Davis Jr with a three-course set dinner.

Northern funny man, Chris Ramsey, returns to the North East to perform his brand new tour, ‘All Growed Up’. The Hebburn star and Celebrity Juice regular is set to share his funniest moments from his childhood. Join him as he explores the concept of getting older, taking responsibility, and all of the added accountabilities that come with growing up.

Anthony Clark A.R.C.A has been holding both one-man shows and mixed exhibitions for over forty years. Starting this February, people of the North East will get the chance to experience his 50 paintings, drawings and etchings first hand at The Bowes Museum. ‘Burning Belief’ is an exhibition focusing heavily on atmosphere.

A tale of two sisters who are coming to terms with the death of formidable matriarch Iris, who still manages to control their lives beyond the gravestone. Julie and Ruby’s journey unearths a mysterious story incorporating sarcastic humour and pathos. Iris is an utterly compelling and intriguing play that will have you hooked from start to finish.

Matthew Bourne’s dazzling production of Sleeping Beauty has won the hearts of thousands across the globe and is gracing the stage of Newcastle’s Theatre Royal this April. This classic tale tells an enchanting fairy story with stunning costume, startling stage sets and skilful storytelling. This restored classic will take the audience on a magical journey between the realms of today and the late Edwardian era. In a world full of vampires, fairies, magic, love and romance, the fascinating tale is told through the art of dance. Will Princess Aurora ever find her true love again? The final trio of Tchaikovsky’s masterpiece is a must-see this April.

Plenty to shout about in Teesside this spring. Lulu returns with another ground breaking tour: An Evening with Lulu performing hits from her 50-year career including ‘The Man Who Sold The World’, ‘To Sir With Love’, ‘Relight My Fire’, and the all-time classic, ‘Shout’. Lulu will recall untold personal anecdotes and song writing experiences as well as performing hits from some of her musical heroes including soul legends Ray Charles and Otis Redding.

Ultimate Bowie, at the Arts Centre Washington, pays tribute to the work of the global super-star. Celebrating one of the most influential innovators over the last five decades, the show is visually stunning and vocally inspiring. Ed Blaney will be taking centre stage, leading an eight-piece band that will take you on a journey through Bowie’s life and the music of the musical legend.