Jesmond-born dancer Adam Park has trained at both Dame Allan’s and Dance City, before joining Rambert School of Ballet and Contemporary Dance in London as an apprentice dancer. Now 24, Adam is returning to the Theatre Royal in Newcastle this February as part of the Rambert ensemble 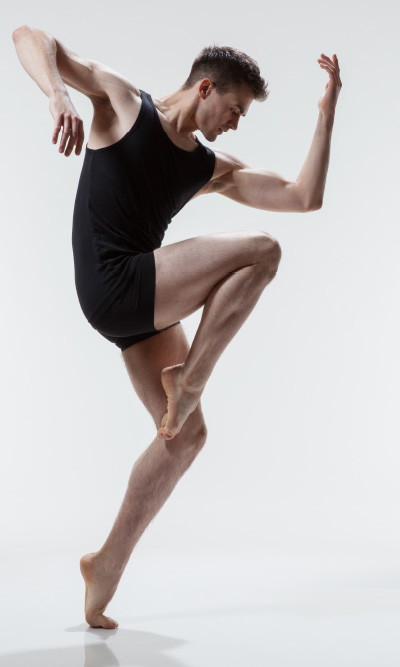 I would probably have to say my mum. We are very close – we always have been. We’re both very similar, and my Dad and sister are similar, so we have always been a little team I suppose. Some of the colleagues that I dance with are also really amazing. Watching my colleagues in their element is something I find really exciting.

For a weekend > Newcastle, because I don’t get to go back that much. Other than that, I would say I love going to Scotland. I love Edinburgh. I also love Canterbury as that’s where my sister used to live.

A long holiday > I went to Italy over the summer to Lake Garda with my girlfriend for a week. It was far too short; I could have stayed there so much longer if I had the option.

Best food > I love any kind of curry. I love all food, but any type of curry has to be my favourite.

Best wine > I don’t really drink wine. My favourite alcohol tipple would have to an Icelandic pale ale called Einstock. Very specific, I know, but I love it.

Favourite restaurant > This is hard because there are so many good restaurants – especially in London – but it would have to be Francesca’s in Newcastle. I have been going there since I was a little boy. I love that place.

Perfect weekend > Sundays consist of not leaving the house and watching films. I don’t know about Saturday – some weekends I probably won’t even leave the flat. But the perfect Saturday would be being in London with my girlfriend, doing a bit of shopping and going to the cinema. Maybe a nice dinner date in the evening, too.

Downtime means > I probably can’t say Netflix and chill can I? Downtime definitely means not leaving the flat or getting out of my pyjamas.

Best telly > There was an amazing TV show on ITV called Unforgotten, which has just finished. I loved that.

Best book > I would probably have to say World War Z. It was made into a film as well, but I really enjoy the book.

Best sounds > I listen to a lot of heavy metal. My favourite band has to be a group called Architect.

Best shopping city > I would probably have to say London, as there is just everything here.

Favourite shop > I don’t really know what my favourite shop is, but I have shopped in Superdry a lot recently.

Luxe retail treat > I did just spend a lot of money on a PlayStation, which is pretty embarrassing.

Best buy > I bought a really nice trench coat around four years ago, which was probably my most expensive purchase. My sister borrowed it and proceeded to ruin it on a night out.

Perfect party > Anywhere that my cool group of friends are. As long as someone brings a bottle of Jägermeister that would be fine.

Best outfit > I have a really nice suit which I bought a few years ago, but I haven’t had a reason to wear it for maybe a year and a half. I can’t remember where I bought it, but it’s really beautiful three piece.

Dinner date > It would have to be getting a taxi somewhere in London – which can be outrageously expensive – then having a ridiculously good pizza before going somewhere posh for drinks afterwards.

YOUR LUXE THING IN LIFE >>

I would have to say dance is my luxe thing in life, but that sounds so lame. Other than dance, it would have to be my flat in London. I really love where I live in London. I still call Jesmond home, but I only go home two or three times a year, as we’re always touring.

Rambert appears at the Newcastle Royal Theatre this February, from Tuesday 2 to Thursday 4. Tickets can be purchased at theatreroyal.co.uk or from the Theatre Royal Box Office.